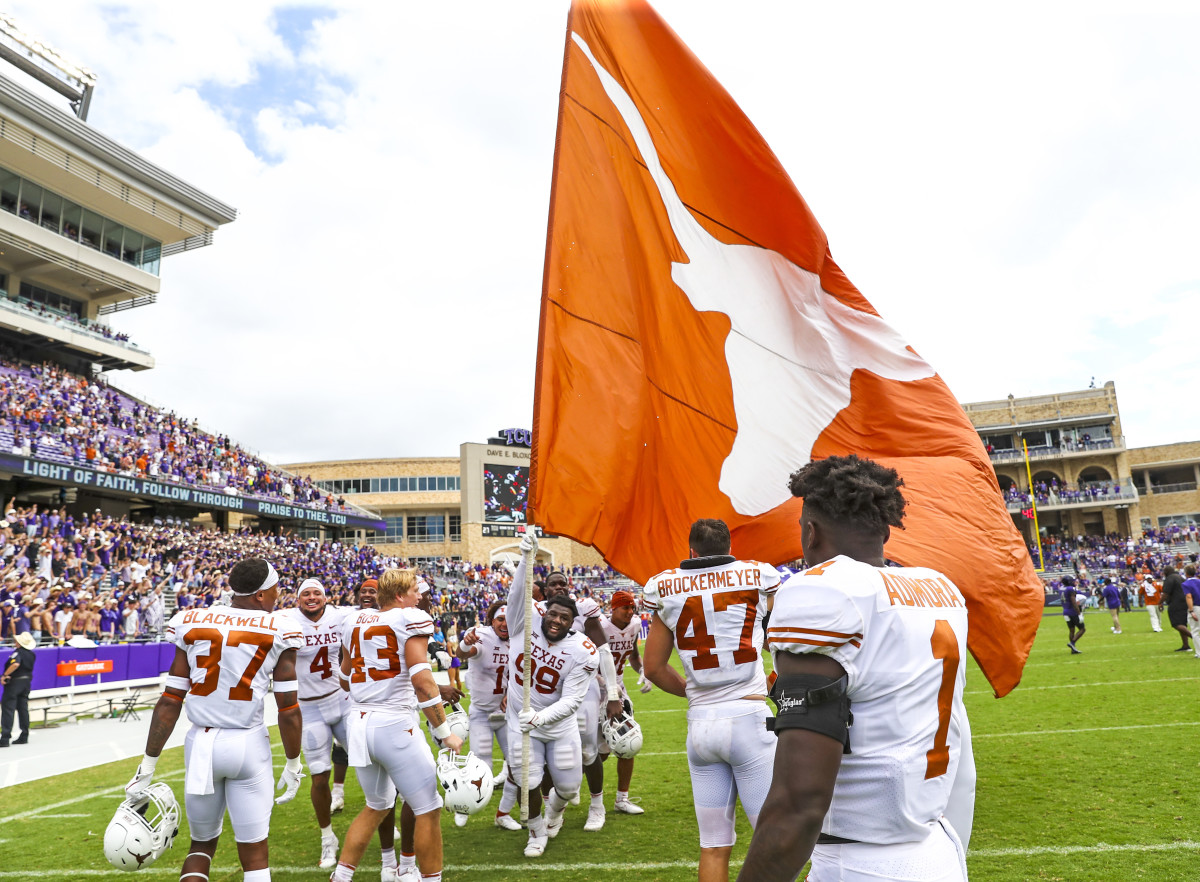 Texas vs. Oklahoma State has become a more under the radar rivalry in the past decade. The question still remains what time they will play in Week 6?

The outcomes of Texas’ game against No. 6 Oklahoma in the Red River Showdown. OSU enters its bye week following a victory over then-No. 19 Baylor.

The Longhorns picked up a 32-27 win over TCU Saturday in Fort Worth for the first time since 2013. Texas was far from perfect to start the game, allowing TCU’s JD Spielman to return an 87-yard kick return to set up a 12-yard touchdown run from running back Zach Evans on the opening drive.

Texas also settled for field goals from senior Cameron Dicker on more than one occasion. The Longhorns were able to drive down the field against the Horned Frogs’  defense, but only found the end zone three times.

The real storyline came behind the legs of running back Bijan Robinson. In a Heisman-worthy performance, Robinson tallied 35 carries for a career-best 216 yards and two touchdowns to push Texas ahead.

On the team’s final drive, Robinson rushed eight times for two first downs, icing the game and leaving TCU without a chance to complete the comeback.

The Pokes improved to 5-0 to begin a season for the first time since 2015 after handling business against Dave Aranda’s improved Baylor roster. Offensively, there’s work to be done with quarterback Spencer Sanders, who threw three interceptions on the evening.

Defensively, there’s an argument to be had on if the Cowboys’ are the Big 12’s top unit. The team held the Bears to 280 yards of total offense and a season low 107 yards rushing.

Want the latest in breaking news and insider information on the Longhorns? Click Here

Want to join in on the discussion? Click here to become a member of the Longhorns Country message board community today!