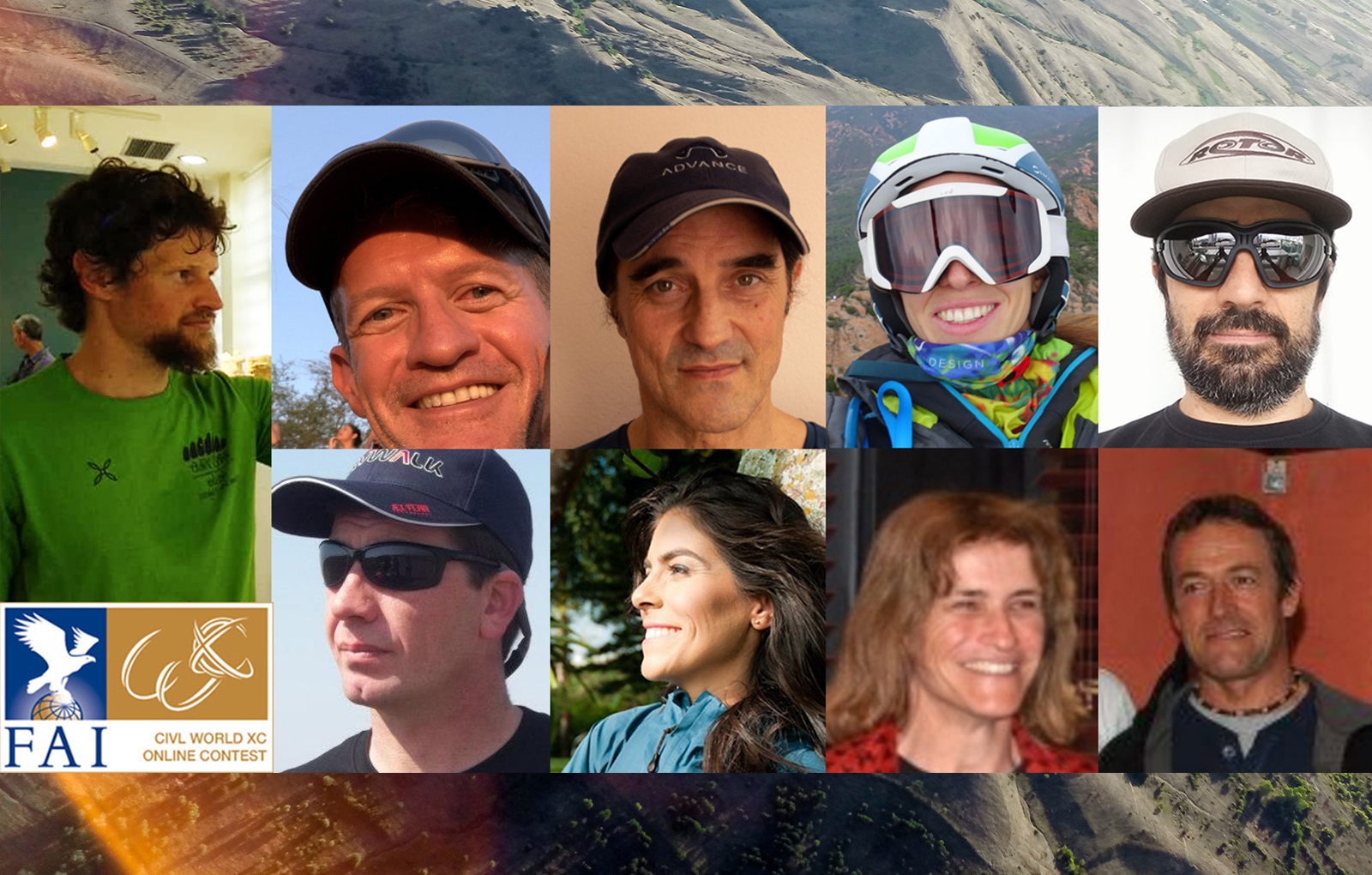 Here are some facts and statistics about the participants.

Dozens of thousands of flights from 3957 pilots submitted from which only about 15K flights were accepted to the ranking. The first 3 in each category are:

Women Serial (up to EN-D)

Women Sport (up to EN-C)

117 pilots participated, the top three being:

9 pilots participated, the best being:

12 pilots participated, the best being:

Congratulations to the winners!

World XC Online contest receive information from local XC leagues. 6 best flights of the season made by pilot create his rank Points assigned according to the type of flight. Free flight – Free distance which does not conform the triangle track specification. 1 km = 1.00 p Flat triangle – Triangle which does not conform FAI triangle specification. 1 km = 1.20 p FAI triangle – Triangle conforming to the FAI definition. 1 km = 1.40 p).  Please note that work with some national leagues are still in progress and they will be added in future. WXC ranking is voluntarily supported by excellent pilots and programmers Andreas Rieck and Marcin Kostur. CIVL is endlessly grateful to for their input in sports development.