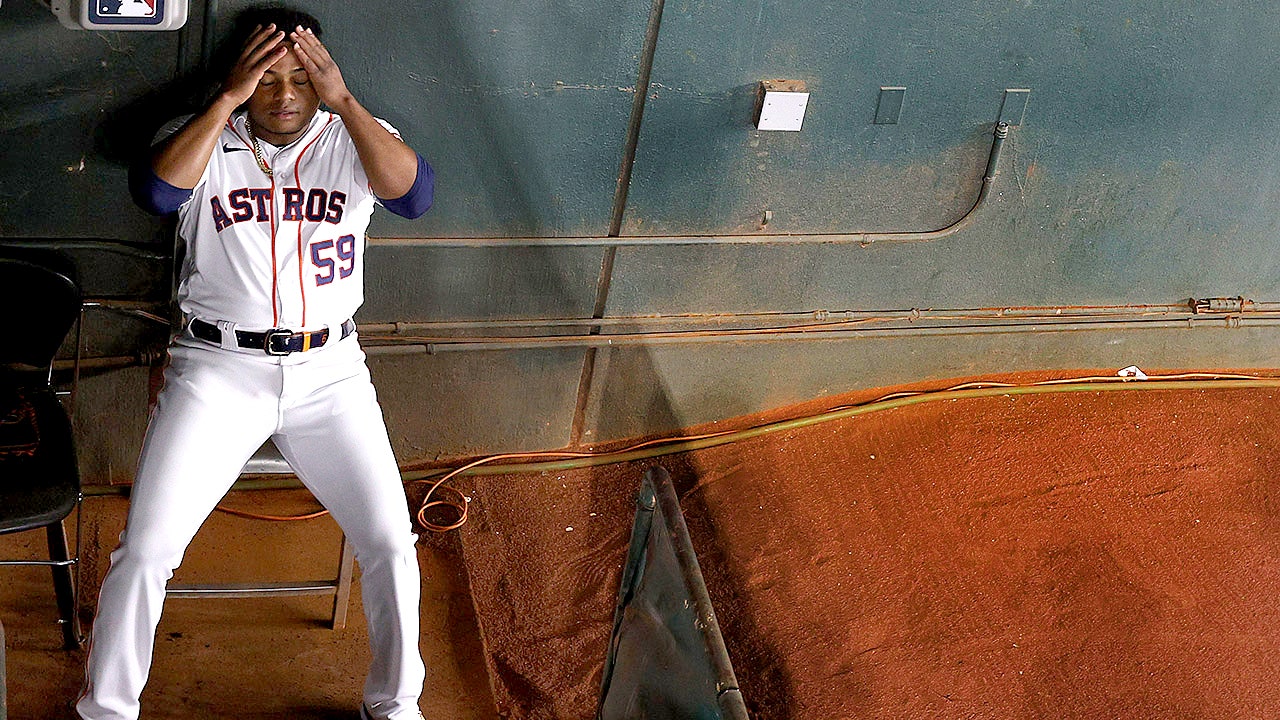 The term “bullpen” has been used in baseball since the sport really took hold around the late 1800s.

In baseball, the bullpen refers to the area beyond the outfield wall where pitchers warm up. Starting pitchers can be seen warming up before games while relievers do their warmups during games as they get ready to substitute for whoever is on the mound.

Jose Urquidy of the Houston Astros warms up in the bullpen prior to Game Two of the World Series against the Atlanta Braves at Minute Maid Park on Oct. 27, 2021 in Houston, Texas.
(Elsa/Getty Images)

Now, People for the Ethical Treatment of Animals (PETA) is hoping those around the sport will reconsider using the word “bullpen.” In a release Thursday, PETA said the baseball world should substitute the word “bullpen,” which references the area where bulls are kept for slaughter.

Framber Valdez of the Houston Astros takes a moment in the bullpen prior to Game One against the Atlanta Braves of the World Series at Minute Maid Park on Oct. 26, 2021 in Houston, Texas.
(Patrick Smith/Getty Images)

Where the word “bullpen” comes from is up for debate. The Cincinnati Enquirer is thought to have been the first to use it in 1877 in O.P. Caylor’s game recap.

“The bull-pen at the Cincinnati grounds with its `three for a quarter crowd’ has lost its usefulness. The bleacher boards just north of the old pavilion now holds the cheap crowd, which comes in at the end of the first inning on a discount,” Naylor wrote.

The paper also noted the Durham Bulls tobacco ads would be plastered across stadium fences and the pitchers would warm up on the other side. Thus, bullpen. The term has also been synonymous with prisoner of war camps and stockades.