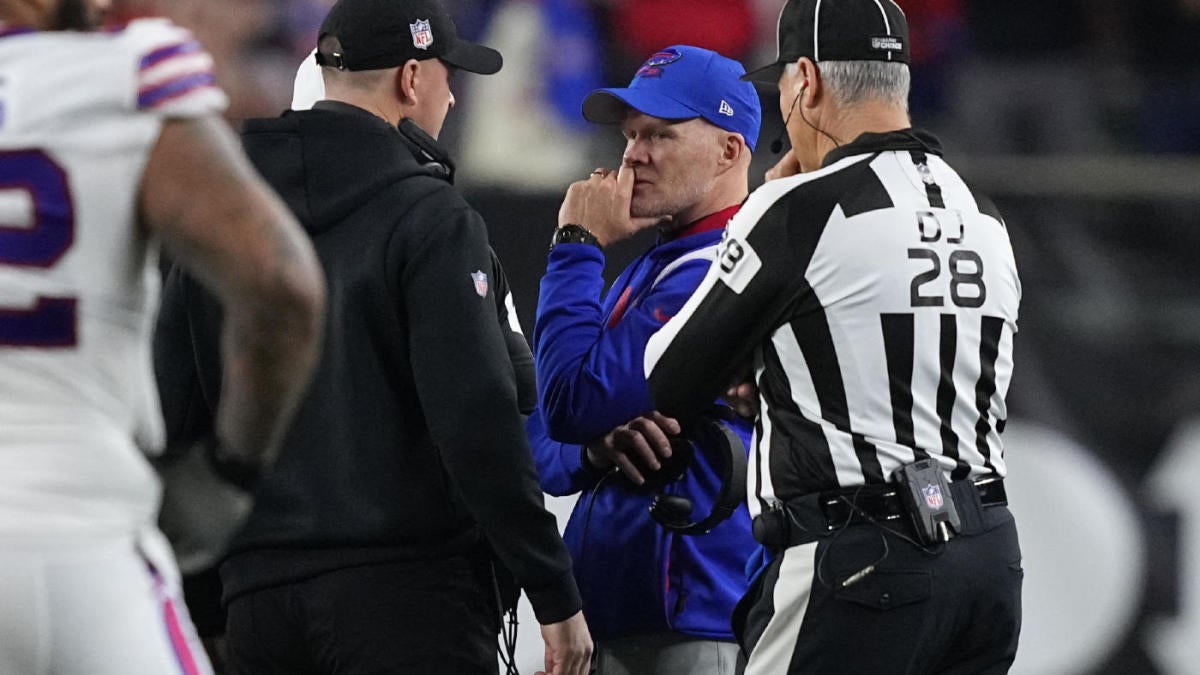 As the NFL community awaits more updates on Damar Hamlin and prays for a speedy recovery, the league is also actively working on what to do with the remainder of the regular season and ensuing postseason.

There is no precedent for what the NFL is facing right now. Never before has an NFL game started, been postponed and never resumed, according to CBS Sports research. And not since 1935 has the league had a season where some teams play more games than others, when Philadelphia and Boston each played 11 games in a 12-game schedule, with their game being canceled due to bad weather.

The simplest scheduling option for the NFL is proceeding with the full slate of Week 18 games, which the league announced Tuesday it planned to do, and then ultimately ruling the Bills-Bengals game a no contest or a tie.

“That conversation about what we do with that game has begun,” Jeff Miller, NFL EVP of communications, public affairs and policy, said Wednesday afternoon. “[NFL EVP of football operations] Troy [Vincent], commissioner [Roger Goodell], some of the rest of us are involved in those conversations but they’re ongoing.

“Obviously we’re going to have to make a decision on that in the coming days, which we will. But there’s a lot of considerations in place there and a lot of people that we want to consult with — including the clubs involved — before that decision is final.”

Though there’s no established precedent for what to do here, there is somewhat of a roadmap in the form of the league’s “Emergencies and Unfair Acts provisions in the Policy Manual for Member Clubs: Game Operations,” according to the NFL rule book.

A source provided CBS Sports with that policy manual where it states that “[a]uthority to cancel, postpone, or terminate games is vested solely in the Commissioner.”

The manual states that if it’s impossible to reschedule the game within two days of the original date, NFL commissioner Roger Goodell would “attempt to schedule it on the Wednesday of the next calendar week. The Commissioner will keep in mind the potential for competitive inequities if one or both of the involved clubs has already been scheduled for a game close to the Wednesday of that week (for example, a Monday or Thursday game).”

But moving this game to next Wednesday, Jan. 11, would create the sort of competitive inequities the league hopes to avoid. The Bills and Bengals would have to play Sunday, then play again Wednesday, and then one or both would have to play over the weekend in the wild-card round. They’d be playing on less rest than any other playoff team, and presumably their lower-seeded opponents would be playing on more rest.

The NFL dealt with several schedule changes in the 2020 and 2021 seasons due to COVID-19. The 2020 Week 12 game between the Ravens and Steelers had to be postponed until a Wednesday.

“Everything is being considered and hope to dive into that full-steam ahead at the conclusion of this call,” Vincent said Wednesday on a Zoom call with media. “Still obviously we have to dedicate time in that particular area but all of those things, those guiding principles that took us through the 2020 season with COVID, all of those things will be things that guide us through this conversation.

“And making sure the proper equity is in place. And as we saw potentially there may be a lack of equity, or it may not be perfect. But it will allow those who are participating or who have earned that right to play, to continue to play”

The manual states that if the game cannot be concluded at a later date, Goodell would have the power to declare a winner based on the score of the game at the time it was postponed or suspend the game without a winner.

Since just nine minutes of the game had elapsed with the Bengals up 7-3, there’s no way Goodell would or could declare the Bengals the winners. It would be unreasonable “to project that its resumption would not change its ultimate result,” as the rulebook requires.

The manual states that if a game is suspended without a winner, Goodell would have the discretion to treat the game as a tie or determine the teams’ records based off winning percentage.

“If a game is canceled, a team’s standing in its division or in its conference (e.g. qualifying as a wild card in the playoffs or position in playoff seeding) shall be determined on the basis of its final record,” the manual reads.

It’s this option that, having talked with sources throughout the week, appears to be the least disruptive. It would mean the Bills don’t have to return to Cincinnati to finish the game. It would keep the rest of the league static. The biggest question facing the league would be whether a no-contest or a tie is the better option.

If it’s ruled a no-contest, that would require a manipulation of the playoff seeding qualifications that would be carried out by Goodell in consultation with club ownership groups.

Would the AFC seeding be based off winning percentage? That seems to be the clearest path forward. Deeming the game a tie would eliminate the Bengals from No. 1 seed contention, and the Chiefs would be able to secure the top seed with a win Saturday against the Raiders.

As Vincent said, the league is discussing myriad scenarios, and more disruptive options are still in play as of Wednesday afternoon. The league has long been resistant to moving its playoff calendar. Moving the playoffs back a week in any sort of form would either add a week of rest for teams who didn’t earn a one seed or potentially strip a top seed of their own bye. It would also mean both eventual Super Bowl teams would not get a week of rest before the game in Arizona, since there’s next to no chance the league would reschedule Super Bowl LVII on Feb. 12.