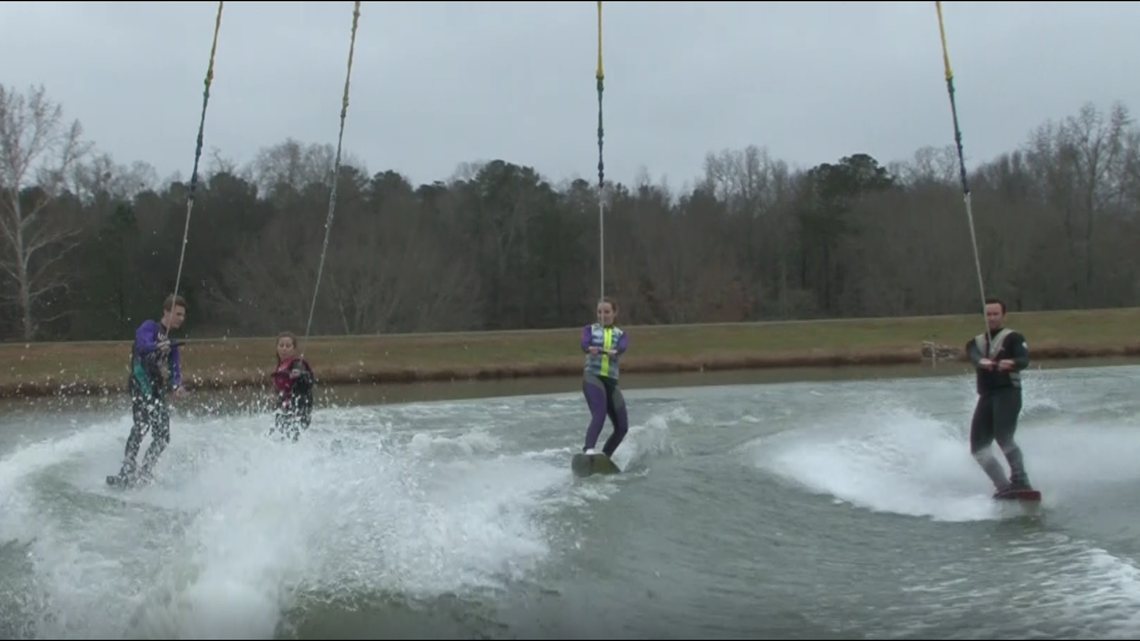 MACON, Ga. — On New Year’s Day, some people go to the gym and get their first work out of the year in, while others spend the day watching sports.

One group of Central Georgians have a very different tradition that not even a pandemic or storms could stop.

Rain or shine, Greg Schultz says the show must go on.

“We’ve been everywhere from freezing to flying across the water and breaking ice to the high 70s,” said Schultz.

He’s been skiing on Lake Ogburn to start the year ever since 1985. He hasn’t missed a year.

“The camaraderie, the family. Today we’re going to have a couple of father and daughters, including me and my daughter,” he said.


Like father, like daughter, 18-year-old Ciera Schultz is now following in her father’s footsteps by participating in the tradition.

“It’s kinda fun. He’s been my role model for sports and everything my whole life,” said Ciera.

“The kids really are the future of the sport,” said Schultz.

Both Schultzs, along with their friends and family, say this tradition will never get old and that nothing will stop them from catching the waves on New Year’s Day. They’re already looking forward to next year.

These new Georgia laws go into effect on January 1