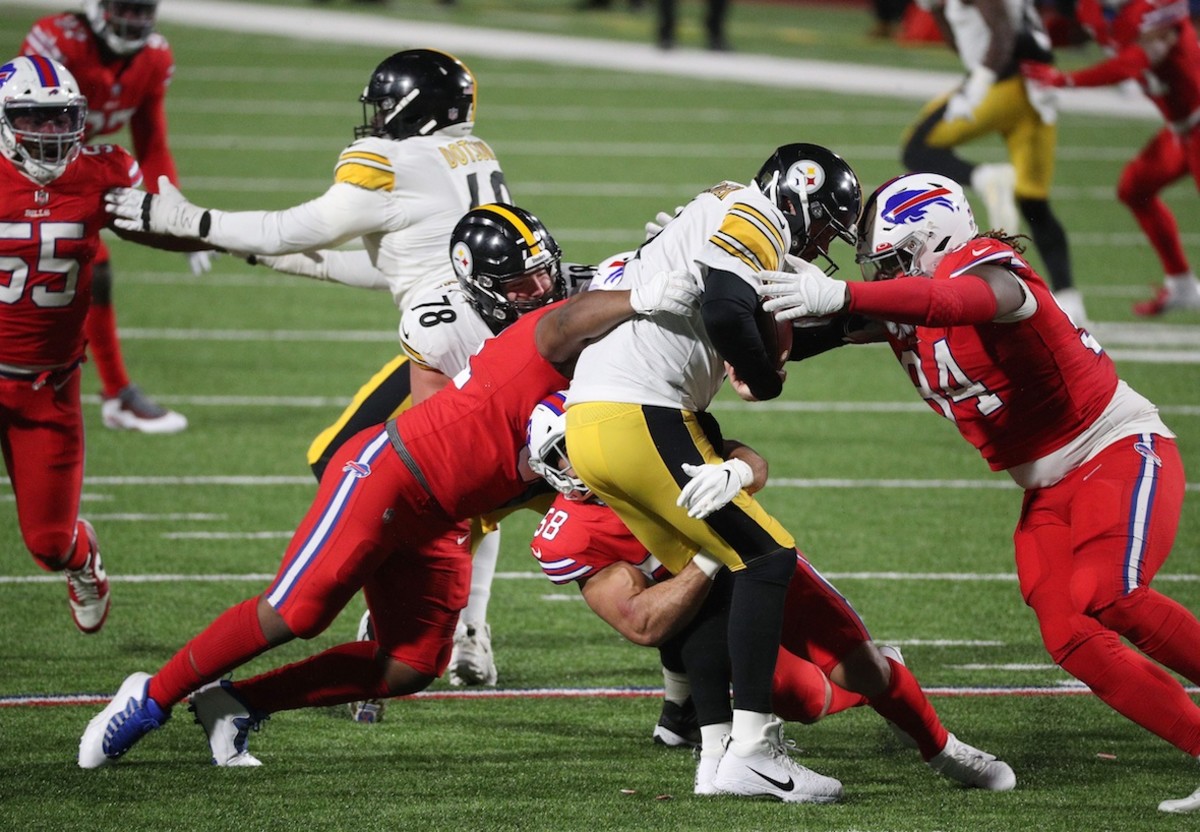 PITTSBURGH — After back-to-back losses, it’d be easy for the Pittsburgh Steelers to hit the panic button heading into the final three games of the regular season.

As they now fight from behind to claim the top seed in the AFC and hope to crown themselves the kings of the AFC North, they’ll head to Cincinnati, taking on the Bengals with thoughts of getting back to their winning ways.

So, it is time to hit the alarms on the Steelers’ season?

“There’s a lot of outside noise and deservedly so,” quarterback Ben Roethlisberger said. “We haven’t played well. We’ve lost two in a row. The fans are getting anxious. The talking heads are doing what they are supposed to do and talking bad about us and all that stuff. We’ve heard it and deserved it recently.”

But even in the midst of a fast and harsh downfall, no one’s freaking out.

“What I tell guys, and the mindset and the approach that I’m taking is it’s not the end of the world,” Roethlisberger said. “We have three games left in the regular season. We have guaranteed ourselves a chance at the playoffs. We’re in the postseason. We have three weeks now to get it going, to turn it around, to give ourselves the best chance to reach our ultimate goal, which is winning the Super Bowl.”

And he’s right. The Steelers’ season is far from over. Maybe they’ve lost the No. 1 seed in the AFC, but that doesn’t mean they can’t get it back – even if it’s not likely.

“If we were starting the postseason tomorrow, maybe there would be a little bit more panic on our part, like we have to get something figured out right now,” Roethlisberger explained. “We need to get it figured out now, but the good thing is, we know we have games after these next three. The teams we are playing are two divisional opponents, and the third one is in the playoffs too, most likely. What a great test for us to kind of get some pre-postseason.”

The season is still long. Three weeks can make or break a team, as the Steelers learned – quickly – over the last two weeks.

“We still have some work to do to kind of get ourselves out of the lull that we are in because every team has them,” said Roethlisberger. “It just so happens ours is happening right now, but it’s not too late for us.”

So, stay calm. The Steelers season is far from over. Even if the playoffs don’t run through Pittsburgh, the Steelers are still going to be a part of them.

Back-to-back losses are by far not the end of the world. The Steelers haven’t been handed a death sentence just yet. In Week 14, they claimed their place in the playoffs. In Week 15, they can earn a crown for a division.

The rest of the season, it’s about regaining the momentum they built before hosting the Washington Football Team.

“Yes,” says head coach Mike Tomlin. “I wouldn’t necessarily say it was an easy fix. I was answering yes to is it fixable, certainly.”