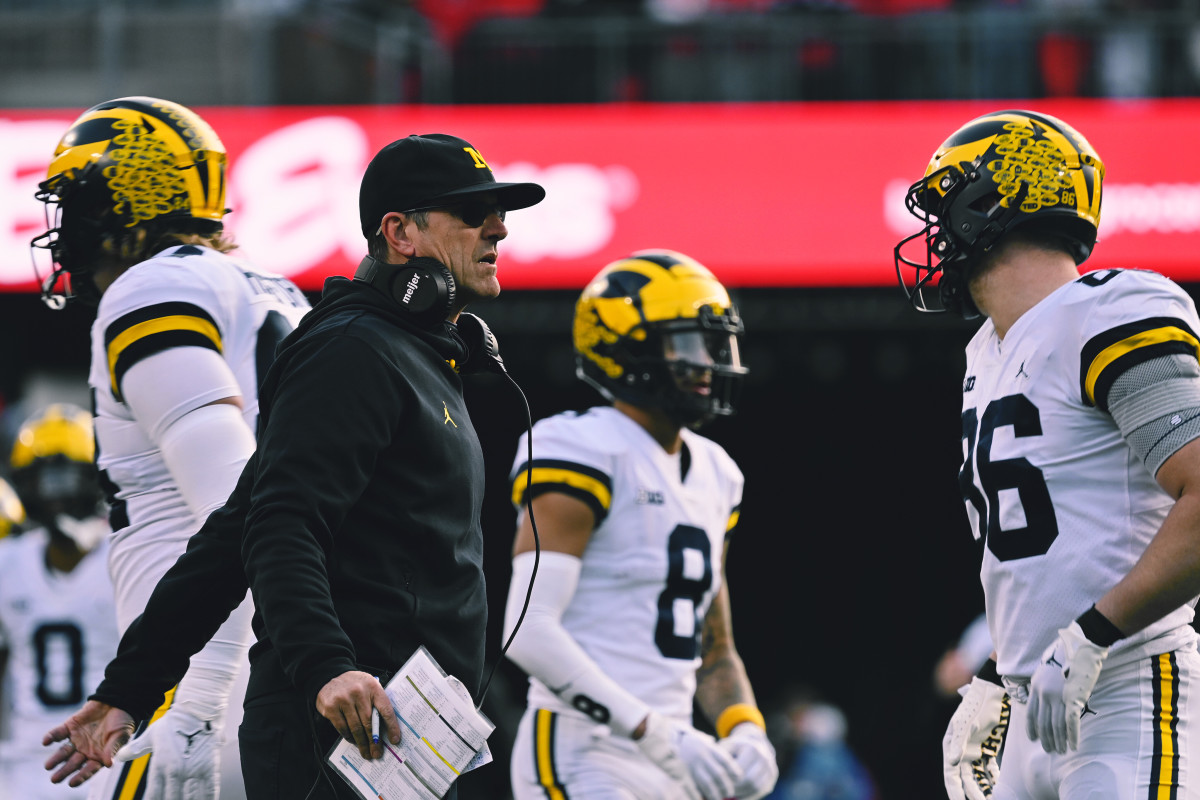 Jim Harbaugh has been coaching football at the highest-level for a long time. Now, in his eighth season with the Michigan Wolverines, Harbaugh has perfected his process for handling postgame interviews on the field – and it’s hilarious.

No matter how hard they try, those attempting to secure a soundbite from Jim Harbaugh following a win are almost always doomed from the start. As you can see from the video above, Harbaugh spends most of the short-lived interview seeking out players who he believes deserve all of the credit…before proceeding to fade off into the locker room.

As Fox Sports broadcaster Tom Rinaldi attempted to keep Harbaugh at the microphone on Saturday, quarterback JJ McCarthy watched with a big smile on his face. “You cant get’em,” said McCarthy. “He’s been doing it for too long.”

Although it’s funny, it’s also a big reason why his players love playing for him. It’s clear that Harbaugh has adopted a team-first mentality, and that couldn’t be more evident when you listen to him speak about his players the way he does. Following the big win over Ohio State on Saturday, Harbaugh spent much of his time at the podium on Monday talking about a “locker room of heroes”. He spent a considerable amount of time talking about the walk-on players who’ve made a big impact on the team, the way certain players battled through injury en route to becoming legends, and the amount of dedication each of them have toward maintaining that team-first culture.

Whatever it is that Harbaugh is doing over the last two seasons, it’s clearly resonating with his players in a very big way. That being said, good luck to anyone attempting to get that postgame interview!