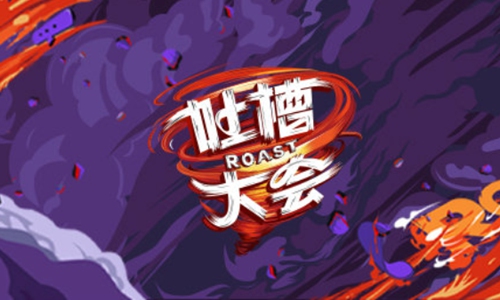 Roast, a Chinese variety show featuring celebrities teasing each other, announced it will postpone the broadcast of its latest episode after China’s top football and basketball players openly made fun at each other’s disappointing performances in international games, which has triggered a large-scale public discussion.

“It is with great regret that we inform you that the eighth episode of the show, which was scheduled to go live this Sunday at 8 pm, could not meet you on time due to insufficient editing time,” the show’s official account on China’s Twitter-like social networking platform Sina Weibo announced on Sunday noon, just a few hours before the broadcast.

While the producers of the show blamed the delay to technical reasons, most of its fans believe that this is just a pretext, and that the postponement has something to do with the huge controversy it caused before.

“If criticism is not free, praise is meaningless,” said the comment with most likes under the official announcement.

In the last episode of Roast aired on March 14, former Chinese men’s football team captain, Fan Zhiyi, ridiculed the performance of the Chinese men’s basketball players who lost to Poland and Venezuela in the 2019 Basketball World Cup, citing many bitter comments from netizens.

The episode received far more views and comments than expected. On the scoring platform Douban, the rating of the show went up by 0.1 points in a day after the episode aired.

Some netizens said that losing a game was a national disgrace and should not be used for fun. Some believed that Chinese football players are also disappointing, and so they are not entitled to criticize Chinese basketball, which has a better record.

The episode even drew comments from Wang Shipeng, a famous former basketball player, who thought Fan’s remarks were very disrespectful and rubbed salt in the wounds of the national team.

Xinhua News Agency published a commentary on Tuesday noting that Chinese football and basketball teams should not joke about each other’s past failures.

“The person being trolled over their past failure has to laugh on the show, which is uncomfortable to watch,” Xinhua wrote. “It brings painful memories for Chinese fans just for a laugh.”

However, the national TV broadcaster CCTV sided with the show, noting that people watch it for entertainment, and it has not crossed the line, a point which many netizens also pointed out.

“The jokes about men’s basketball and football teams are not new. Through the program, the public can vent their emotions. The industry should listen to the demands behind this voice rather than mute it,” CCTV wrote on Wednesday.

Fans believe that Tencent Video, producer of the show, either voluntarily or forcibly recut the program to be “less offensive.”

“I guess somebody has been a bit vulnerable again,” a netizen wrote sarcastically on Sina Weibo.

Tencent Video could not be reached for comments.