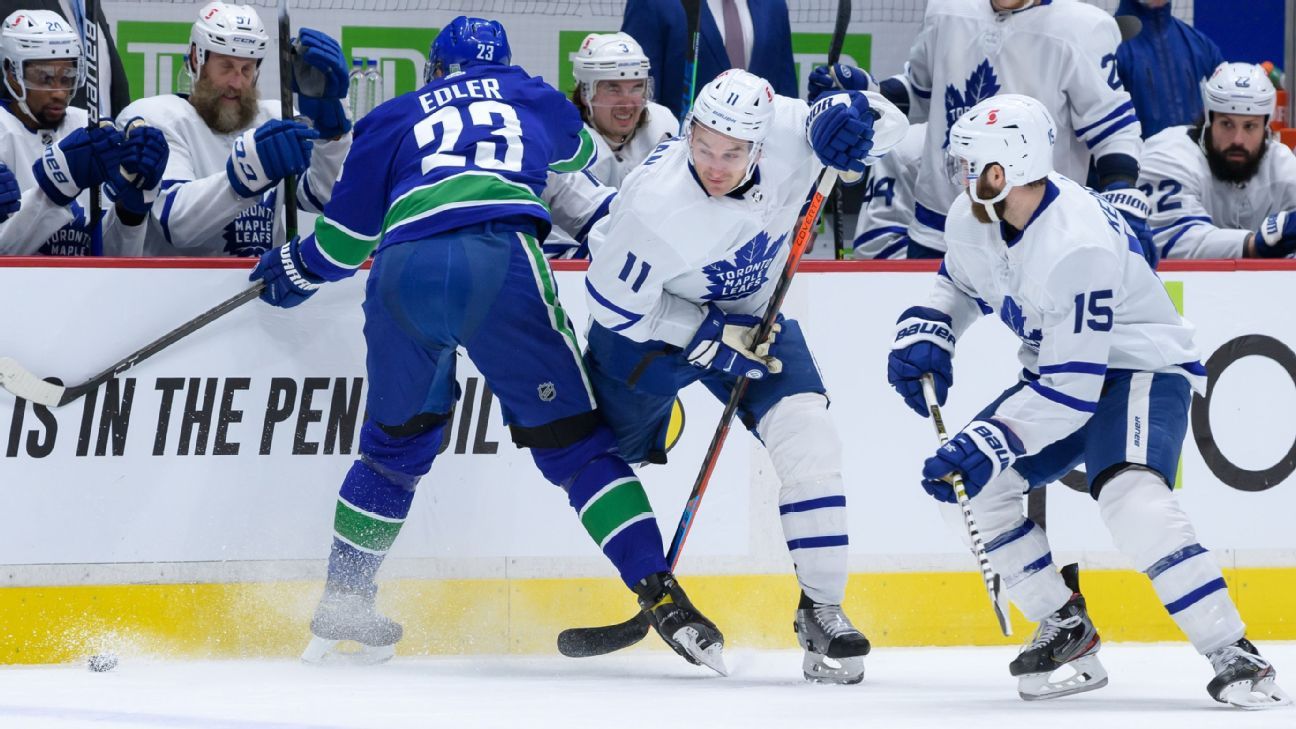 Edler also will forfeit $103,448 under the terms of the league’s collective bargaining agreement and will be eligible to return on Saturday.

The collision happened in the second period of Vancouver’s 3-2 overtime win Sunday when Edler took out Hyman in front of the Maple Leafs’ bench.

The left winger dropped hard to the ice and stayed down for several minutes before play was halted and a trainer came to his aid. Hyman went directly to the locker room and did not return.

“For me, those plays happen,” Vancouver coach Travis Green said Sunday night in his postgame media availability. “You don’t like to see them. Eddy’s a hard player, but he’s not a dirty player. He doesn’t try to hurt guys ever.”

The Canucks were playing their first game since March 24 after being sidelined by a COVID-19 outbreak.

“We had a lot of good efforts. Even guys that didn’t play a lot, they gave it everything they had tonight. As a coach, it all starts right there,” Green said. “You would hope that it would give them some belief. But I believe our group had the belief already. Our group is a competitive group, they love winning and they’re resilient.

“A win like this will go a long way.”