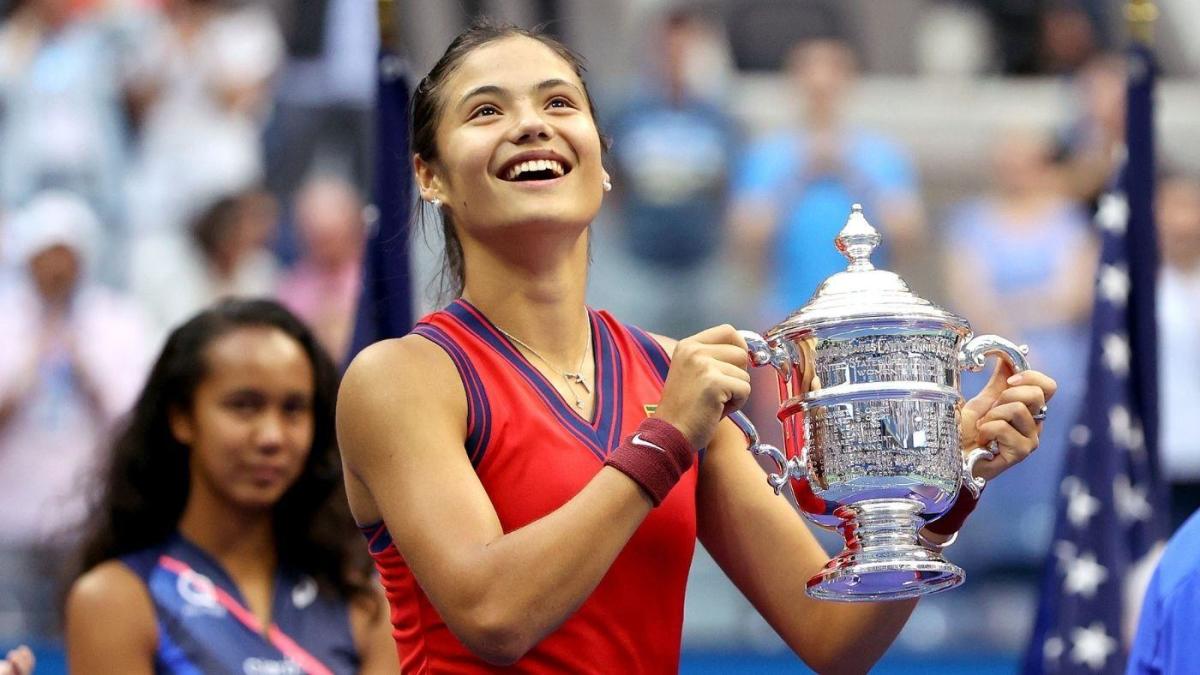 In the first US Open final between two unseeded players, 18-year-old Emma Raducanu took home her first Grand Slam championship when she defeated 19-year-old Leylah Fernandez in straight sets, 6-4, 6-3. Raducanu became the first qualifier to win a Grand Slam, also doing so in just the second Grand Slam tournament of her career.

With the victory, Raducanu became the first British woman to win a Grand Slam title since Virginia Wade won Wimbledon in 1977. Wade was also the last British woman to win the US Open, back in 1968. Furthermore, Raducanu is also the youngest women’s tennis player to win a major since Maria Sharapova upset Serena Williams in the 2004 Wimbledon final.

It wasn’t only a few months ago when Raducanu made her Women’s Tennis Association (WTA) main draw debut at the 2021 Nottingham Open in June, where she entered the tournament as a wild card. Later that month, she made her main draw Grand Slam debut at Wimbledon, again as a wild card. Raducanu made it all the way to the fourth round at Wimbledon, becoming the youngest British woman to reach the last 16 in the Open Era. The 2021 US Open was just her second career Grand Slam, and she had never played a top-40 player until competing in New York. On Monday, Raducanu will rise from No. 150 to No. 23 in the WTA rankings.

“Thank you to everyone here in New York,” Raducanu said in her post-match interview. “Thank you all for making me feel so at home from my first qualifying match all the way to the final. I loved playing in front of you and you’ve really spurred me on in some very difficult moments.”

If winning a Grand Slam tournament as a qualifier wasn’t impressive enough, Raducanu did so, dominantly, never having dropped a set en route to her victory. Raducanu is the first women’s player to win the US Open without losing a set since Serena Williams in 2014. Raducanu played 14 sets this tournament, and won every single one. If you include her three qualifying matches where she won six sets, that’s 20 straight set wins.

Often times in tennis, the quality of the match is not determined by the final score line. Despite Raducanu winning in straight sets, Fernandez put on an incredible display of tennis especially for a 19-year-old competing on the big stage in New York for the first time. For the pair of youngsters, the final was reflective of each of their US Open tournaments with Fernandez fighting from behind, able to adjust accordingly in real-time and Raducanu hanging on to control of the match, keeping her composure and precision on every shot.

“I’m very proud of myself with the way I’ve played these last two weeks,” Fernandez said in her post-match interview. “Especially having the crowd, the New York crowd has been amazing. Having you guys cheer me on, thank you so much, New York. Thank you.”

For Fernandez in particular, since she entered so many of her matches as the underdog, the New York crowd became drawn to rooting for her throughout her matches and she quickly developed into a fan favorite. Spectators enjoyed her grit and determination en route to the final, which included her shocking upsets of three top-5 players in thrilling three-setters. The teenager developed a signature celebratory action of raising her fist in the air after winning a point, to which became a motion that pumped up the New York crowd even more. At the final on Saturday, there were even fans at Arthur Ashe Stadium sporting “Leylah” and Canadian inspired apparel and signage.

Billie Jean King, a 12-time Grand Slam winner and longtime gender equality advocate, presented Raducanu with the 2021 US Open trophy in a passing of the baton moment between past and present generations of women’s tennis.

“I think it shows that the future of women’s tennis and that the depth of the game right now is so great,” Raducanu said. “I think every single player in the women’s draw definitely has a shot of winning any tournament. So, I hope that the next generation can follow in some of the steps of the greatest legends, for example, Billie Jean [King] right here.”

Once again, another women’s singles Grand Slam tournament has highlighted the depth in women’s tennis at the moment. In 2021, there was a different champion in each of four majors; Naomi Osaka at Australian Open, Barbora Krejčíková at the French Open, Ash Barty at Wimbledon and now Raducanu at the US Open. The future of women’s tennis is bright, and it looks to stay competitive as there are many talented players on tour hungrier than ever and looking to win their first Grand Slam title.

Road to the Final

CBS Sports had you covered with all of the live highlights, updates and more from this match in the feed below. Relive the championship match below.

Winners and losers from NFL Week 4, plus Tom Brady’s return lives up to the hype, Raiders-Chargers picks