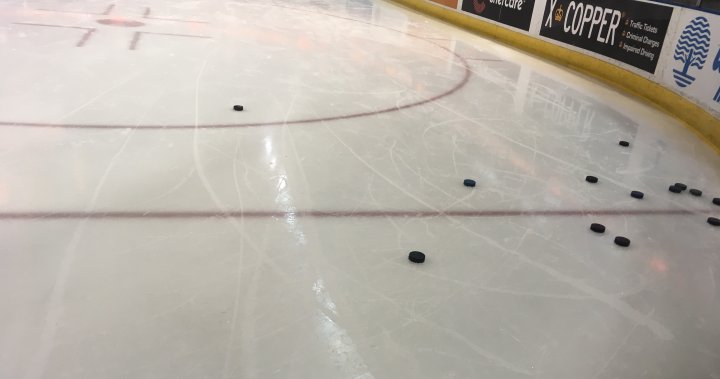 A day after new restrictions were announced that would impact youth sports in the London area, some minor tweaks could be on the way.

Dr. Chris Mackie, London and Middlesex County’s medical officer of health, announced a number of new restrictions targeting operators of indoor sports and recreation facilities, as well as health clubs and yoga studios, among others.

That announcement caught many in the hockey community off guard, and even sparked an online petition on Change.org calling for minor hockey in the region to be allowed to continue without additional restrictions yielded more than 5,000 signatures by Thursday evening.

“Although we were surprised by the order, we are currently working with the health unit to minimize risk and hopefully continue with our programming,” said Karen daSilva, president of the Elgin Middlesex Chiefs.

After speaking with some local hockey organizations Thursday, Mackie says some minor tweaks will likely be made.

“We’ve been having a number of conversations with leaders in sporting organizations across London and Middlesex, and we’ll continue to do so up to Friday,” he said.

“Late Friday afternoon we’ll make a final determination about any adjustments that we’ll be making to the orders before they come into place.”

The potential changes come following consultation with daSilva, as well as Kevin Gardner with the London Junior Knights and and Justin Hoffer with the Greater London Hockey Association.

They were asked to provide detailed protocols that have been in place over the course of their individual return-to-play plans.

“I trust moving forward the health unit learns that we can work together for the benefit of getting kids back to playing hockey in a safe manner during these very challenging times,” said Gardner.

Wednesday’s announcement was a surprise for those involved in minor soccer as well.

Tom Partalis, president of London Optimist Sports Centre, was one of many who say they were blindsided by the announcement of new restrictions.

“This is not going to work for our place. Unless they come up with a new plan, I don’t see it working for us at all.”

Unsure about what it could mean for the future of BMO Centre London, Partalis says these changes are coming with a new season freshly underway.

“If we had known two weeks ago, we would have made different plans. We just started our indoor schedule Monday night,” said Partalis.

Abbi Lezizidis, the president of Whitecaps London, wonders why consultation wasn’t done prior to making the changes.

He says the club already has very strict rules in place, including check-in apps, sanitizing tables and taking the temperatures of kids before they enter a match or practice.

“If (Mackie) was aware of what Canada Soccer and Ontario Soccer have done, and their return to soccer protocols, this action by the health unit would not have been required, if he had done a little homework.”

Mackie says under normal circumstances, there would have been a full consultation process.

“On a normal day we would love to have a chance to speak to and hear from anyone on any major policy change, we’re operating in a situation where delays literally can lead to illness or death in our community.”

Mackie is expected to meet with the group of hockey associations Friday afternoon to detail the updated restrictions before they take effect for Saturday’s ice times.