TV Ratings for Many Sports Are Down. Don’t Read Too Much Into It Yet. 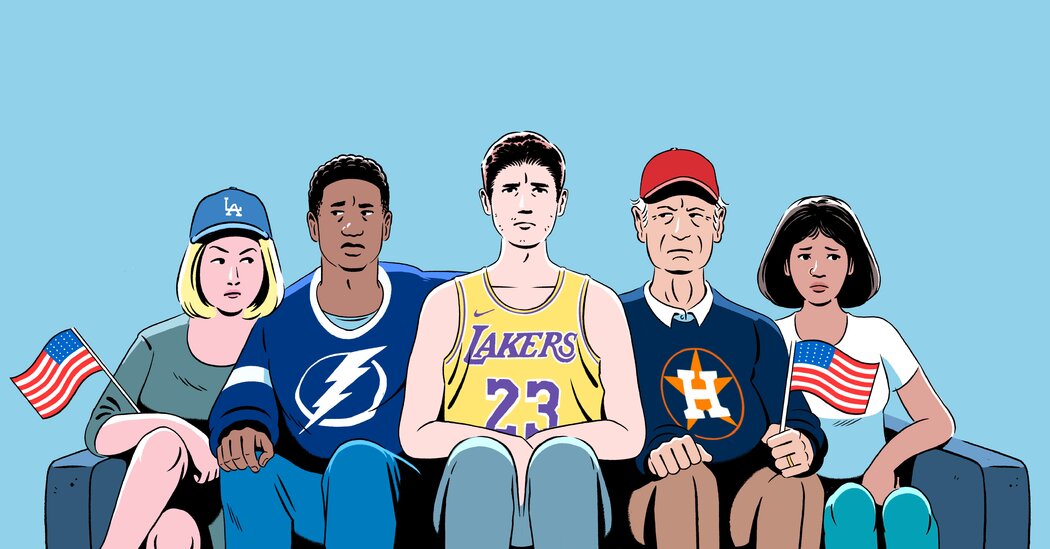 Much of the polling on the issue is poorly done, but the main takeaway from the better polls is that there is little evidence fans are turning away from the N.B.A. for political reasons. A Marist College poll found the same number of basketball fans said “athletes speaking out on political issues” caused them to watch less as said it caused them to watch more. In a poll of U.S. consumers by Altman Solon, more people said athletes and leagues should speak out than those that said they should not.

Before the season was paused, registered Republicans made up 11 percent of ESPN’s N.B.A. viewership, while after it resumed they made up 10 percent, according to Nielsen Voter Ratings. Registered Democrats made up 28 percent of viewership before the pause, and 30 percent after the pause. A small percentage of Republicans stopped watching the sport, but by no means did they flee in droves.

Also, nearly every other sport also saw huge declines even though they did not embrace demonstrations in the same way. As some people on social media joked after seeing the low ratings for the Kentucky Derby and the Preakness, did people turn off the television because the horses knelt during the national anthem?

It is also worth noting that the W.N.B.A. — a far more politically active league than the N.B.A. and one whose players have protested a team owner who is a Republican senator — has fared better than most leagues. While its ratings dropped 16 percent during the regular season, there was an increase in viewership compared with last year during the finals.

What does this mean for the future of sports?

Maybe something, maybe nothing. The sports and television executives we talked to said they did not see evidence that these ratings declines would continue after the pandemic. “There are so many reasons to think this is an anomalous time,” said Cary Meyers, a senior vice president and head of research at ESPN.

Since July 23, baseball’s opening day, total televised live sports consumption is actually up 7 percent compared with 2019. “If you look at the sport-by-sport comparisons it would paint a scary picture, but if you aggregate it all and count the total time people are watching sports, it is completely normal, nothing for our business to be worried about,” Mulvihill said.