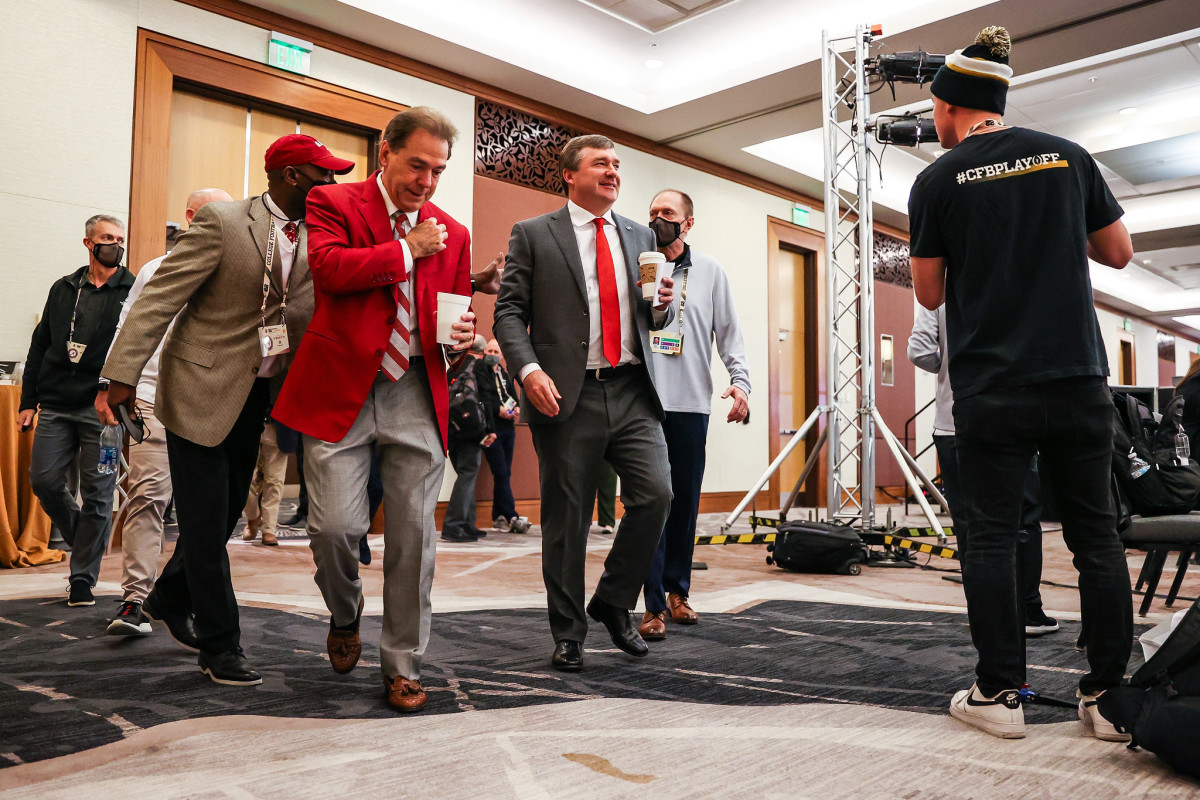 Georgia is the top team in the country – and the current SEC Champions – but this conference and sport have been dominated by the team from Tuscaloosa for the better part of the last 15 years. The Dawgs may be on top, but Alabama is still the program in which all others are measured against in college football.

It’s incredibly dangerous to insinuate that their reign may be ending, but things are certainly trending in a precarious direction for the Tide. They are not in the College Football Playoff field for just the second time since its implementation, and are expected to lose a huge amount of talent to the NFL Draft this offseason.

On Saturday, Alabama lost another starting offensive lineman, this time to the Transfer Portal as junior Javion Cohen has committed to Miami. The former 4-star prospect has started at guard for Alabama for a majority of the last two seasons. Alabama is losing its other starting guard, Emil Ekyor, to the NFL, as the Redshirt Senior has exhausted his eligibility.

The Tide have seen a mass exodus of players since the end of the regular season.

Khyree Jackson (DB) and Traeshon Holden (WR) both transferred to join Dan Lanning at Oregon. Tanner Bowles (OL) is headed to Kentucky. Two wide receivers, JoJo Earle and Christian Leary, are both off to new schools; Earle to TCU and Leary to UCF.

Alabama is also expected to lose a significant amount of talent to the NFL Draft. Quarterback Bryce Young and edge rusher Will Anderson are top picks, and defensive backs Malachi Moore and Brian Branch should be first round selections. Jahmyr Gibbs – a transfer from Georgia Tech – is among the highest rated running backs in this Draft class.

Nick Saban and company are trying to counter these losses the best way they know how: recruiting. The Tide currently have the highest-rated class by every outlet (Georgia is 2nd in all of the same rankings), but as they are preparing for a Sugar Bowl matchup with Kansas State, Georgia is getting ready to try and defend their national title.

Again, it’s a dangerous proposition to say the Tide’s reign atop the sport is coming to an end, but at the very least, they’re entering the most important offseason they have had in the Saban-era.