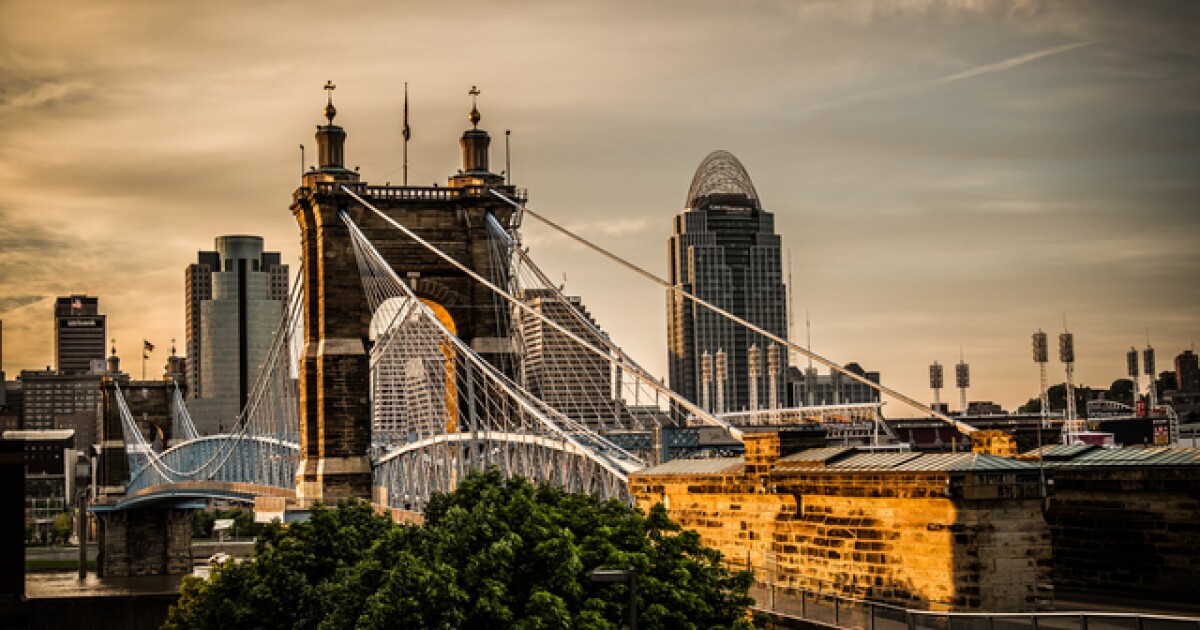 CINCINNATI — This past year had lots to offer, and around the Tri-State there were plenty of new — and returning — things popping up right and left.

While we could probably brainstorm many more exciting additions to the Tri-State, here are the top 9 newest additions to our region:

Following in the footsteps of his big sister Fiona, Fritz the hippo was Cincinnati’s star of 2022.

The Cincinnati Zoo once again captured hearts of Cincinnatians — and the world — with Fritz. After 90,000 name submissions, the zoo narrowed the calf’s name down to two choices, marking the question of the summer: Fritz or Ferguson? And more than 125,000 voters said Fritz.

Around 6 months old now, Fritz is as cute and photogenic as ever in the zoo’s Hippo Cove.

Fritz biting off more than he can chew! pic.twitter.com/ld0AEb4Ykp

Celebrating its 75th anniversary in style, Frisch’s encouraged Cincinnatians to lace up their skates and head to its mobile roller rink. The roller rink opened at the Court Street Plaza during Memorial Day Weekend, and it was a popular option during warmer months

The rink is scheduled to pop up at various times in downtown Cincinnati for the next two years. There are 150 pairs of skates are available for rent, and the rink costs $2 to enter.

Cincinnati’s largest festival, BLINK returned in 2022 after a COVID-induced hiatus. Returning bigger and better than ever, the immersive art festival stretched 30 city blocks from northern Over-the-Rhine to Covington.

The four-day festival ran from Oct. 13-16 and featured 101 art installations. It opened Thursday night with a parade through downtown Cincinnati, and on top of the murals and projections, there was also a drone show at multiple times throughout the weekend.

Not even 24 hours after the festival ended, organizers were already planning how they could make BLINK 2023 even better.

Though the Tri-State is stuck with winter temperatures for the next couple of months and staying inside may be the preference, the various DORAs — or Designed Outdoor Refreshment Areas — are a beloved entertainment option that continue to pop up in new neighborhoods. The areas also serve as an economic boost for surrounding businesses in the designated areas.

In 2022, the Tri-State saw DORAs open in both Blue Ash and Westwood.

Blue Ash’s addition includes the majority of Summit Park, as well as restaurants including Senate, The Brown Dog Cafe and Tahona Kitchen and Bar.

Westwood’s DORA is centered near the neighborhood’s town hall, and is near West Side Brewing, W Bar + Bistro, Nation Kitchen and more. The DORA area also serves as the location for the monthly WestSide Market.

Sweeping you into the world of Vincent Van Gogh, the immersive experience in downtown Cincinnati opened in June and runs into 2023.

Inside Cincinnati’s old downtown TJ Maxx location, the exhibit boasts multiple floors and takes you through Van Gogh’s life as well as his famous artworks. The experience also has a 360-degree digital show where audience members can relax on the ground or in seats as they’re engulfed in projection mapping, sounds and more.

There were plenty of new restaurants and eateries that opened up around the Tri-State, but the most notable change came with Jeff Ruby’s move to The Foundry at Fountain Square. The Cincinnati icon retired his flagship restaurant on Walnut Street in October.

The new location is Ruby’s largest of his restaurants and even more lavish with gold lions, eight-foot chandeliers, a 25-foot mural, a lounge featuring live music and more.

And yes, Ruby still has a steak named after beloved Cincinnati Bengals QB Joe Burrow on the restaurant’s menu.

Calling all dog lovers! This one is for you.

The first of its kind in the Tri-State, Bark Park and Patio combines brews and fun for your furry friends into one. Located in Florence, the dog park and bar is larger than an acre and half fenced-in for dogs to run around while you relax.

Dogs are permitted with either a daily, monthly or annual pass, and owners also have to provide vaccination records for their pooches.

Similar to Over-the-Rhine’s Copper and Flame bar, Bark Park and Patio is a self-serve taproom. Once a tab is created, you’re given a card to activate the beer wall, which features an array of local breweries.

What was once a defunct Hamilton paper mill now stands as a hotel, convention center and the country’s largest indoor sports complex. Spooky Nook Champion Mill, which has finally opened to the public, isn’t only a game changer for the businesses in Hamilton, but for the region.

The convention center, which can hold thousands for various events, also has four restaurants, including Municipal Brew Works second location.

The general manager for the sports complex said on any normal weekend upwards of 10,000 people could be frequenting the complex for sporting events, conferences and other events.

Return of Taste of Cincinnati

Cincinnati loves its food festivals and weeks, and in 2022 the biggest of them all returned after a two-year hiatus: Taste of Cincinnati. Bringing more than 50 food vendors and trucks to the streets of downtown Cincinnati, the festival held its largest celebration ever since its start in 1979.

Held Memorial Day Weekend, Taste hosted thousands of people as businesses were able to show off some of their best cuisines. Other than the tasty food, the festival also boasted a variety of live music acts and bands.

WATCH | Taste of Cincinnati offers businesses a much needed boost