These were the video games that defined 2022 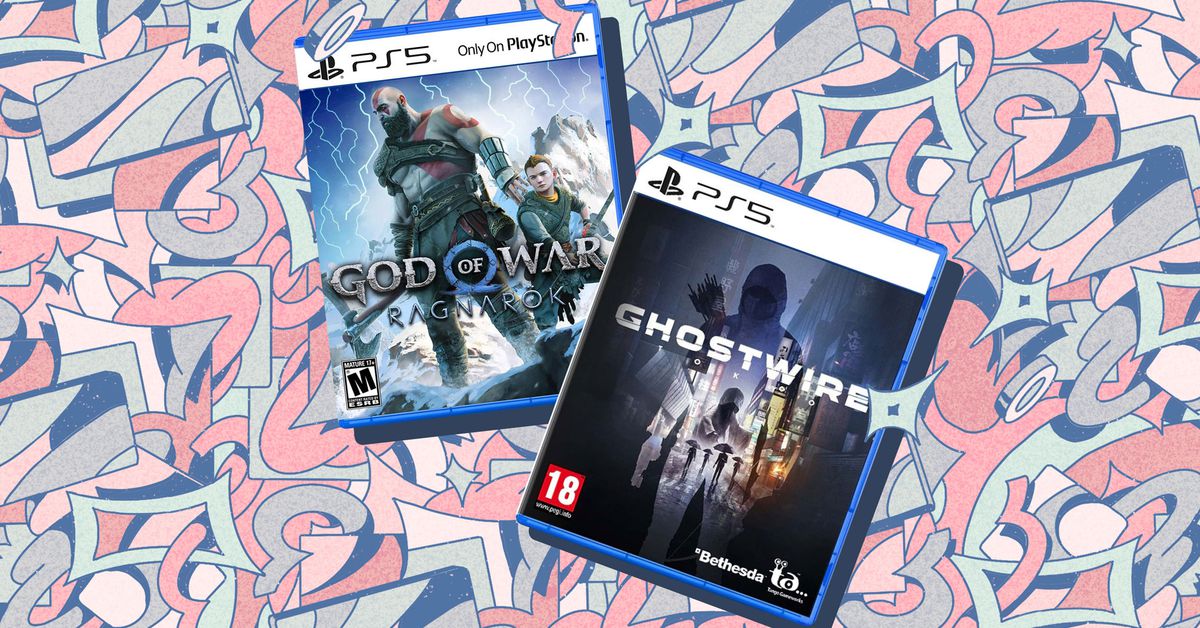 2022 was the kind of year where it was easy to forget just how much happened. This is especially true when it comes to video games, with the industry hit with so many twists and turns that it’s tough to keep track. There’s the ongoing labor movement, the massive consolidation of studios and publishers, the continued rise of subscription services, the blurring line between games and other entertainment, and the occasional leak of the next big blockbuster.

In an attempt to make sense of the year that was 2022, we’ve selected a number of the most important games to be released over the last 12 months — not the best games, per se, but games that represent some significant storyline or emerging trend. From the breakout success of Marvel Snap to Elden Ring’s player-guided stories, this was 2022 in video games.

The power of a well-designed monetization strategy

Marvel Snap is the ideological opposite of Diablo Immortal. Both mobile games released this year — Immortal in June, Snap in October — and both made headlines but for very different reasons. In Immortal, players saw a decent game overloaded with borderline extortionist “pay-to-win” style microtransactions in which theorycrafters posited it would take around $50,000 to fully upgrade a character’s gear.

Meanwhile, Marvel Snap was near universally praised for its slick, speedy, and strategic play. Players understand that even outside of a rough economic decline the likes of which we’re in right now, games need to make money somehow — that there’s a give-and-take between a publisher and a player. Marvel Snap is a shining example highlighting how players will happily pay for things in a free-to-play game if they aren’t marketed to like they’re livestock to be fattened up and killed.

Blurring the line between indie and blockbuster

Once upon a time, the easiest way to distinguish between an independently developed game and a big-budget release was how they looked. But that’s becoming increasingly less true. Sure, there are still plenty of excellent indie titles that utilize a lo-fi aesthetic to great effect, but modern game-making tools have also made it possible for small teams to create large, realistic worlds that can compete with the big studios. Case in point, Stray, a short adventure about a cat finding its way home through a sprawling cyberpunk city. It’s not quite a massive open world, but it’s getting close and points to a future where the line between indie and blockbuster is much less clear.

Part of what made Ghostwire: Tokyo so memorable is how rare of a thing it is. The blockbuster gaming space is dominated by live-service titles and sprawling open worlds, the kinds of experiences designed to be all-consuming to keep you coming back (and, in many cases, paying). That’s not Ghostwire. It’s a straightforward action experience, finely tuned to be what it is without unnecessary frills but still rendered with the care and polish of a big-budget release. It’s not my favorite title of the year, but it is a good reminder of how much I miss this style of game.

One game to rule them all

One of the biggest successes of 2022 was a game that came out in 2006. Dwarf Fortress received a big update this year — among other things, it added graphics for the very first time — and a wider release on both Steam and Itch. It blew through sales estimates, and its creators have plans to keep the world updated and alive for a very long time. Dwarf Fortress is one example of what I like to think of as a “forever” game, an experience that’s both so engrossing and well-maintained that you could conceivably play nothing else and still be satisfied. They’re rare, but that’s what makes them so special. And with another year’s worth of updates complete, No Man’s Sky is approaching that moniker as well.

In an interview with Empire Magazine, Craig Mazin — showrunner for HBO’s forthcoming adaptation of The Last of Us — called the game’s narrative “the greatest story that has ever been told in video games.” I’m not going to argue with Mazin or anybody else about that designation (although I am going to suggest he get out there and play other games), but one thing I’d argue about video games is sometimes the best stories they tell are your own.

Nowhere is that concept best on display than in Elden Ring. Elden Ring tells its own discrete story, but I was never more in awe of the story I was experiencing than the ones that came out of my own emergent gameplay. There was that time I murdered a helpless dragon. And the time I got ganked by a skeleton that turned into a bear. And who could forget the way the Elden Ring community, including the developers, pulled together to root for Let me solo her — a player wearing only a pot who came to the aid of people stuck on the game’s hardest boss.

The world could always use more unions

Activision Blizzard is a publisher that cannot stay out of the news. Last year, it was harassment and discrimination lawsuits. Earlier this year, it was the news that Microsoft intends to buy the company for an unprecedented $68.7 billion (a specific figure one suspects the suits formulated to head off all the “nice” jokes). And now, it’s because the company’s QA departments really like unionizing.

Although Activision Blizzard cannot claim North America’s first video game union, in 2022, it can claim to have the most. After layoffs, walkouts, organization efforts, and alleged union-busting attempts that resulted in several complaints filed with the NLRB, the QA departments at Raven Software and Blizzard Albany voted overwhelmingly in favor of unions. And just like Winston’s plea for more heroes in his Overwatch animated short, more workers are heeding the call. Earlier this month, QA workers at Microsoft-owned ZeniMax Online Studios started organizing their own union, one which, according to its labor policy, Microsoft said it would voluntarily recognize.

Exclusives for me, none for thee

God of War Ragnarök is the fastest-selling first-party game in PlayStation’s history, selling over five million copies within its first week. It’s a phenomenal game, well worthy of the six awards it won at this year’s Game Awards, including best action / adventure game, best narrative, and best performance. Nintendo consistently breaks sales records with its first-party games like Animal Crossing, and with Ragnarök and The Last of Us, Sony’s sitting pretty. But as Microsoft struggles with its own first-party lineup — and is spending a fortune to fix that — Ragnarok showed just how important exclusive titles still are.

Splatoon 3 came out in September, and it’s arguably the most refined entry in Nintendo’s shooter series to date. And yet, despite being a great game, it seems to have had a surprisingly muted response. My feeds are typically full of meme-ified screenshots of Inkopolis Square, but that hasn’t been the case this time. There could be multiple reasons for that — including the current state of Twitter — but I think it’s also in part due to live-service shooter fatigue. There are only so many demanding multiplayer shooters that can reasonably succeed simultaneously. Splatoon is going up against the likes of Overwatch 2, which launched not long after, and Fortnite, which is as popular as ever thanks to some significant updates. That’s a tough ask — so spare a thought for the squid kids.

It’s been a good year for old games

Video game preservation is always a fascinating topic, and 2022 provided plenty of fresh examples of how developers and publishers are keeping older games alive for modern audiences. The most notable example is Atari 50, a collection that straddles the line between an interactive experience and a history lesson, letting people not only play these important games but also understand the context around them. It wasn’t alone: Square Enix released new versions of cult hits Chrono Cross and Live A Live, introducing them to a new generation; Sega put out a pair of gadgets exploring its arcade and console history; and Analogue even put the original video game, Spacewar!, on its Pocket handheld.

Netflix is getting serious about games

It’s time to start thinking of Netflix as a serious game publisher. Beyond the coup of getting a Riot Games mobile exclusive and the acquisition of Oxenfree developer Night School Studio, some of its offerings this year are making a well-argued case for the video streaming platform being a serious player in the mobile gaming market. Netflix reaffirmed its commitment to quality mobile gaming through even more exclusive content like the really good dodgeball roguelike Desta: The Memories Between, Into The Breach, BAFTA winner Before Your Eyes, and Spiritfarer.

It also grew its stable of in-house developers by establishing a new studio in Helsinki while acquiring Boss Fight Entertainment and Next Games. Currently, Netflix has over 55 games in development, and not all of them are on mobile. If it keeps delivering these neat gaming experiences, “brought to you by Netflix Games” might not sound so weird anymore.

One of the biggest releases of the year wasn’t actually a game — it was a leak. In September, an unprecedented leak consisting of 90 different videos showcased early footage of the next Grand Theft Auto. It was notable both for the scale — there was a lot of footage to dig into — as well as the prominence. After all, GTA V launched way back in 2013 and has since gone on to become the second best-selling video game ever made. Fans had been waiting a long time for any hint of what was next from developer Rockstar Games.

A day after the leak, the studio confirmed its authenticity, saying that “our work on the next Grand Theft Auto game will continue as planned and we remain as committed as ever to delivering an experience to you, our players, that truly exceeds your expectations.” Reports from this summer suggest it might finally launch in 2024.