The Monday After: Nebraska stumbling in avoidable loss under Scott Frost a movie we’ve seen too many times 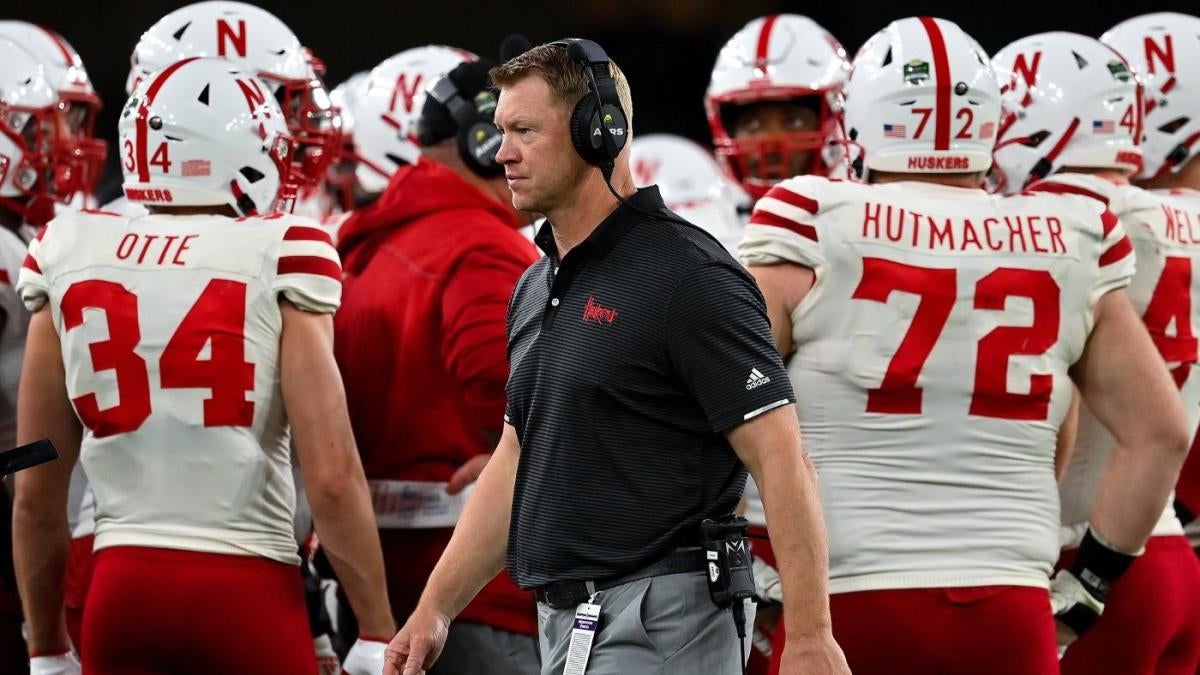 Following a Week 0 loss to Illinois to open the 2021 season, when Nebraska quickly snuffed out any hopes it had of things being different by hurting itself with special teams errors and a lack of coaching adjustment to lose to a team it was favored against, coach Scott Frost stood in front of the media with a dazed look in his eyes. He said, “it looked like the same movie.”

Frost was referring to seeing the same mistakes he’d seen his team and coaching staff make in his first three seasons in Lincoln, Nebraska. The kind of mistakes that kept his team from winning games it should have. It’s a movie Frost watched once again Saturday in Ireland and likely again in his head on the long flight home over the Atlantic Ocean.

It’s not that Nebraska lost to Northwestern 31-28 in Aviva Stadium on Saturday; it’s how the Cornhuskers lost. The loss came in a close game Nebraska was expected to win, but turnovers, special teams mistakes, and questionable coaching decisions (or a lack thereof) hurt it in the end. All the things that were supposed to be different this season (a new offensive coordinator, a new quarterback, new specialists) didn’t change the result.

Last season, following the loss to Illinois, Frost explained that his team was surprised by Illinois coming out in an even front “with wide 9s and 5s, and we just hadn’t had many reps with that,” after the team studied the Illini spring game and saw Bret Bielema’s team play an odd front. It was the kind of surprise that could catch a team off-guard, but not one it shouldn’t be able to adjust to based on facing it before, but Nebraska’s offense took too long to figure it out and was never able to dig itself out of the hole it put itself in. On Saturday against Northwestern, it looked like roles had reversed.

Nebraska came out in a new offense led by coordinator Mark Whipple and Texas transfer Casey Thompson at QB. I laughed on my couch when I saw Northwestern trying to defend Nebraska’s three and four-receiver sets with three linebackers on the field. The Huskers took advantage. While Northwestern changed its defensive personnel, that alone wasn’t enough to stop Casey Thompson from completing 17 of his first 24 passes for 229 yards. Thompson averaged 9.54 yards per attempt as he continuously exploited the space behind Northwestern’s linebackers. But then halftime came, and Northwestern adjusted.

Nebraska didn’t. Nebraska came out in the second half with the same game plan, but Northwestern was ready to stop it, and Thompson completed eight of his 18 passes for 125 yards, threw two interceptions and was sacked twice. After the game, Frost addressed the issues again, saying, “I think our offensive staff has to learn you’ve got to be a little more creative in this league.”

Many took it as Frost throwing his new offensive coordinator under the bus after one game. I think Frost includes himself in the discussion, not just his staff. Regardless, this is a coach who finished coaching his 45th game at Nebraska and his 36th Big Ten game. It’s a little late to be coming to those conclusions now, isn’t it?

To me, that’s a much bigger problem than the loss. Strange things happen in the first weeks of every college football season. After Nebraska lost to Illinois last year, it rebounded with two blowout wins and hung around in close losses on the road against Oklahoma and Michigan State, losing the two games by a combined 10 points.

It’s possible Nebraska will learn from the mistakes and improve as the season progresses. Frankly, I expect what we saw from both teams to be the norm in the Big Ten West all season. It’s a division where none of the teams projects to be much better or worse than any other, and most games will likely come down to the team that makes the fewest mistakes.

That last sentence should concern you if you’re a Nebraska fan. Because while you might be sick of watching the same movie over and over again, I’ve got a feeling it’s the only movie Scott Frost owns.

Expectation Readjustment of the Week

Did I mention Northwestern won the game? Yes, the same Northwestern that followed up its Big Ten West Division title in 2020 with a 3-9 mark last season and entered 2022 with a six-game losing streak of its own, but unlike Nebraska, there weren’t many people expecting improvement from the Wildcats this year. Well, we might need to readjust our expectations a bit on the Wildcats.

Last season, Northwestern finished 116th nationally in yards per game on offense (318.3), 125th in points per game (16.6) and threw for 2,128 yards and 13 touchdowns all season. On Saturday, Northwestern scored 31 points and racked up 528 yards of offense. QB Ryan Hilinski threw for 314 yards and two touchdowns, becoming the first Northwestern QB to throw for at least 300 yards in a game since Clayton Thorson threw for 455 yards on Oct. 13, 2018 in a 34-31 win over — you guessed it! — Nebraska. It’s only the eighth time Northwestern has scored at least 30 points in a game since that 2018 win over the Cornhuskers and only the third time they’ve done so against a Big Ten team (31 against Wisconsin in 2018 and 43 against Maryland in 2020).

I don’t know that one game means Northwestern is suddenly an explosive passing attack, but it’s worth noting that Hilinksi was a four-star prospect out of high school, considered one of the top-100 players in the 2019 class. This is the first time in his college career he’s had the same play-caller and playbook in consecutive seasons.

Helmet of the Week

Subtweet of the Week

Punt Return of the Week

I have long maintained that if you’re going to lose yards on a play, whether it’s offense or special teams, it’s fine as long as you do it in a comical way. Sometimes the vibes are more important than the yards.

Confused Hot Seat of the Week

Listen, sometimes the seats are so hot you can’t keep track of which one is burning for whom. Also, I love Bryan Harsin. The man has survived a coup attempt at Auburn, will likely spend all season fighting to survive another one, and he’s had a sense of humor throughout the entire thing. We should all try to be a little more like Harsin when facing adversity.

Plus, if Nebraska does fire Frost, and Auburn eventually drops Harsin, he could be a decent fit at Nebraska. Maybe ESPN’s graphics coordinator is on to something.

People have been mocking Desmond Howard for his College Football Playoff projection, but I’m all for it. Before the season begins, we should be as crazy with our predictions as we want to be. It’s more fun to pretend teams with no chance of getting to the playoff will get there rather than regurgitating the same five or six teams everybody else does.

The worst thing that can happen is you’re wrong.

My College Football Playoff Projection of the Week

Speaking of regurgitating teams, these programs have all been there, but there’s still a first time for everything.

Until the next Monday After!