The best stealth games on PlayStation, Xbox, and PC 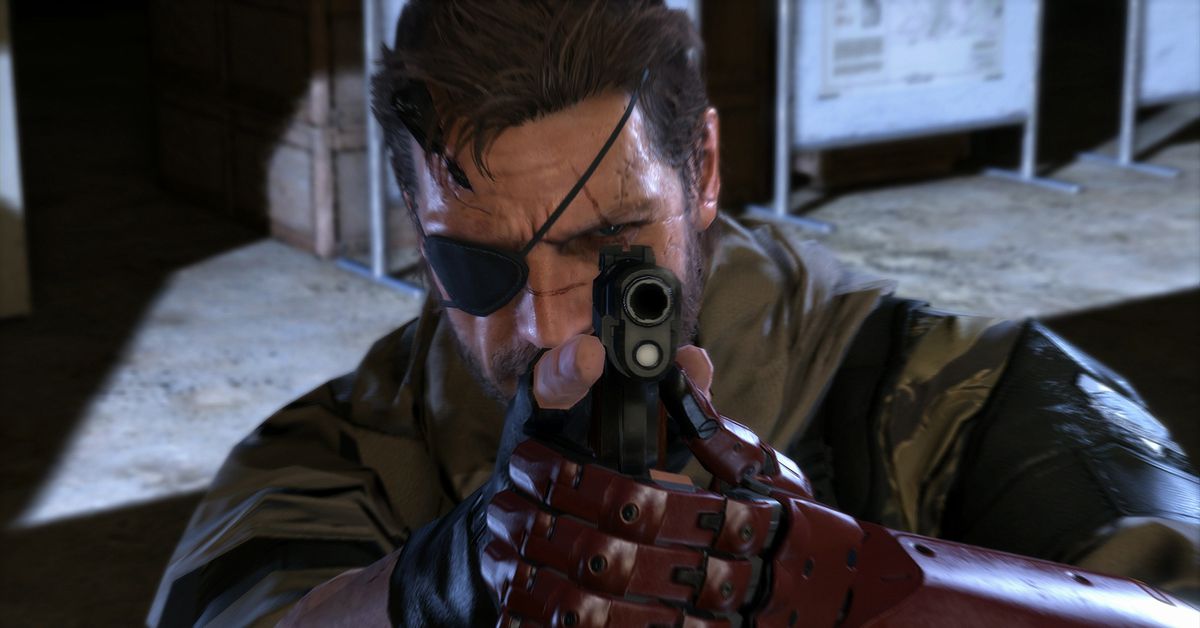 The stealth genre has grown and morphed since it came to prominence in the late 1990s with Thief. In fact, it may be fair to say that most stealth games now are not fully about stealth — most are immersive-sim-adjacent games that give you the option to be stealthy. How you play through a level, and how you approach every encounter, is up to you.

So, considering that evolution, whittling the best stealth games down to nine entries was no small feat. But we attempted the task nonetheless: The list below is a compilation of games that skew toward the “pure” side of the stealth genre, but it also includes phenomenal examples that allow for open-ended solutions, and it reflects the malleability of one of gaming’s most intense genres.

Thief is the precursor of all stealth games, and Thief 2: The Metal Age is Thief perfected. Developed by Looking Glass Studios and released in 2000, this game sees protagonist Garrett unraveling the conspiracy of a new, shadowy religious order. It set the blueprint for all first-person (and arguably third-person) stealth games to come.

Sneaking past guards, knocking them out with Garrett’s blackjack, killing them with his bow, and exploring the game’s large levels never gets old, even by today’s standards. The level and visual design, while obtuse at times, are in many ways timeless. It still looks downright incredible, but then again, I’m partial to the graphics and visual design of the late 1990s/early 2000s era of PC games. Difficult at almost all times and unforgiving when your stealthy cover is broken, Thief 2: The Metal Age is a stealth game to its very core.

Thief 2: The Metal Age is available on PC.

8. Mark of the Ninja

Klei Entertainment’s side-scrolling stealth game, Mark of the Ninja, is one of the best games to emerge from the Xbox Live Arcade era. It’s a stealth-focused 2D platformer with a wonderfully inspired art style. Deceptively simple and more challenging than expected, Mark of the Ninja is a stealth game focused on being quiet and staying out of the enemy’s line of sight in a way that is uniquely represented in the game’s HUD. If you remain stealthy, all your hits on enemies will be stylized “one-hit kills.”

Which is all to say that the game makes you feel like a ninja in the cinematic sense. You wield a cool blade, slink across rooftops, snuff out torches, and use darkness as a weapon against your foes. It just rules. Oh, and there are “terror tactics” akin to the brutal finishers in Middle-earth: Shadow of Mordor. You use fear to your advantage to terrify your foes. It is a relatively simple stealth game that really leans into the “ninja” nature of it all.

Mark of the Ninja is available on Windows PC, PlayStation 4, Xbox One, Xbox Series X, and Nintendo Switch.

This run-the-gamut approach rubbed some die-hard fans the wrong way in 2013, but I love the sense of freedom it imparts. I always choose the stealthiest, most challenging route, and I find it rewarding. It feels like a true Splinter Cell experience, and that’s all that matters. A globetrotting campaign, a dynamic player toolkit, one of the best cover systems in games, a visual style that still holds up, and some incredible co-op moments make it a standout stealth title. The cherry on top is that Blacklist brought back the popular Spies vs. Mercs multiplayer mode.

Splinter Cell: Blacklist is available on Windows PC and on Xbox One and Xbox Series X via backward compatibility.

Deus Ex: Human Revolution is a reboot of one of the best immersive sims of all time, and it more than lives up to the pedigree of its namesake. Its noir overtones, future-Victorian clothing, and cyberpunk cityscapes make for an unforgettable setting. Considering that it’s an immersive sim, it lets you choose between a guns-blazing philosophy and a subtler approach. (Because of its stiff shooting mechanics, it works more smoothly as a stealth game.)

And what a stealth game it is. If you configure protagonist Adam Jensen for stealth (through the game’s skill tree and cybernetic augments), then it becomes a tense, open-ended romp through wonderful sandbox missions. A lot of stealth games telegraph the best approach through a level to the player; Human Revolution thoroughly does not do that, which lends the stealth gameplay a sense of continual unfolding discovery that is pretty unique to this game.

Deus Ex: Human Revolution is available on Windows PC and on Xbox One and Xbox Series X via backward compatibility.

It’s weird to see Assassin’s Creed now, knowing that it started as a sleeker action game with an emphasis on social stealth and parkour. In my opinion, the series has taken a turn for the worse — so it’s fun to look back on where it all started.

Playing as Altaïr Ibn-La’Ahad, players climb, sneak, and stab their way through Jerusalem, Damascus, Acre, and Masyaf during the Third Crusade. Assassin’s Creed is arguably the most stealth-forward game in the series, and players have multiple means of sneakily assassinating their Templar foes. From slinking across rooftops to hiding in plain sight on park benches, Assassin’s Creed offers players a wide breadth of stealth options. And for a game from 2007, it still holds up today. Is it my favorite game in the series? No. But it sure is the stealthiest, and I find myself returning to it every now and then for some pure, no-frills assassination fun.

Assassin’s Creed is available on Windows PC and on Xbox One and Xbox Series X via backward compatibility.

Ah, yes, the best Splinter Cell game. Splinter Cell: Chaos Theory sees Sam Fisher and his stealthy, night-vision-goggles-wearing self at the peak of his “hide in the shadows” powers. Chaos Theory is a challenging game insofar as it is a stealth game with a slim margin of error, especially on higher difficulties. But that’s what helps make it so special.

Sam is not a bullet sponge nor a particularly capable gunfighter in this game. He is good at being hidden, though, and avoiding conflict, so when things go wrong, you have to improvise. It’s all about regaining and maintaining invisibility in the shadows, on the periphery of any given conflict. The story is replete with your usual Tom Clancy jargon, but the level design and scenarios that Sam gets dropped into are unforgettable.

Splinter Cell: Chaos Theory is available on Windows PC and on Xbox One and Xbox Series X via backward compatibility.

Hitman 3 is a wonderful stealth playground that also happens to have a wonderfully twisted sense of humor (and not in the surface-level, cringey, Borderlands kind of way). It’s also kind of a cop-out answer because you can play Hitman 1 and 2 in Hitman 3, if you own the whole trilogy. In other words, Hitman 3 has it all, and its willingness to let you experiment is unrivaled in the genre. It also happens to have some of the best levels in the franchise (mainly, the Berlin nightclub level where Agent 47 goes from hunter to hunted).

You can play Hitman 3 however you’d like — throw a screwdriver at someone’s face before dropping a chandelier on a detective in order to steal his clothes, for instance — but I always find it most thrilling to play the role of stealthy assassin. You don’t need explosions and bombast to have fun — sometimes it is more rewarding to sneak into a crowded party and poison some evil billionaire without anyone even being aware that there’s a hitman in their midst. And if things go wrong? You can always play the level 137 times more.

Metal Gear Solid 5: The Phantom Pain forces us to embrace the forever war and to bear witness to all its ugliness, its scars, and its never-ending violence. It introduces us to one of the most compelling gameplay loops and one of the most nuanced physics systems in the medium. Like every Hideo Kojima game, The Phantom Pain is doing a lot thematically, and in this case, it does so in the wrapping of 1980s Cold War conflicts that are actually quite hot. There are also mechs and a very good dog.

The stealth gameplay is deliberate and responsive, as the world reacts to whatever approach protagonist Big Boss takes. Slink around and take out guards via headshots? That’s great, but maybe the next guard rotation will be kitted out with helmets. In The Phantom Pain, the stealth gameplay rarely gets old because you’re always tweaking your approach as the world reacts to the pressure(s) you put on it. Plus, you can make your horse poop while you listen to Joy Division on your Sony Walkman while in the middle of an active battlefield. That’s art.

Metal Gear Solid 5: The Phantom Pain is available on Windows PC, Xbox One, and PlayStation 4 and on PlayStation 5 and Xbox Series X via backward compatibility.

Arkane Studios’ Dishonored 2, to me, is the best stealth game ever made. It takes the groundwork laid by Thief and steers it in an incredibly compelling direction — whalepunk in the first game and windpunk in Dishonored 2 (aesthetic terms used to describe the source that each world derives its energy from). And it really fits. Dishonored’s visual style can be summed up as: “What if we had these British and Italian industrial revolution towns, made them as layered and grimy as possible, and introduced whaling and weird wind-turbine-fueled electricity into the mix as the core means of power?” It’s very cool.

But how you navigate these locales is even cooler. After choosing to play as Corvo (the main character from Dishonored) or Emily Kaldwin, players then go on a revenge journey through the fictional world of Karnaca. Your powers help you both traverse and manipulate the world around you while you sneak through environments to assassinate specific targets in any manner of your choosing (though there is often a “cinematic way” of doing so). Dishonored 2 looks, feels, and sounds incredible. It’s a stealth game designed by a studio at the peak of its game. It’s a confident, thrilling, challenging, and utterly enrapturing experience that asks players to engage in stealth mechanics across some of the best-designed levels in all of video games.

Dishonored 2 is available on Windows PC, PlayStation 4, Xbox One, and PlayStation 5 and on Xbox Series X via backward compatibility.

A weekly roundup of the best things from Polygon