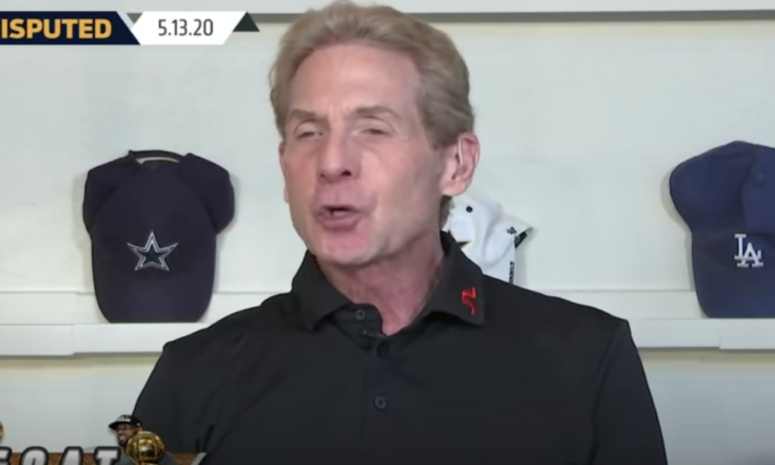 Bayless, 69, is among the most-polarizing figures in the industry. The Fox Sports 1 hot take artist isn’t well-liked by many, but he certainly knows how to get people to react. His latest contract details seem to prove that is the case.

According to the New York Post’s Andrew Marchand, Bayless has agreed to a new deal with Fox Sports 1. Bayless was reportedly pursued hard by ESPN, with the Worldwide Leader envisioning a reunion with Stephen A. Smith. However, Fox Sports 1 paid up to keep Bayless on their airwaves.

“ESPN made a full-court press to reunite Skip Bayless with Stephen A. Smith, The Post has learned,” wrote Andrew Marchand via NYPost.com. “The duo would have done a daily ESPN+ show together, while being splashed over ESPN, including weekly spots on ‘Monday Night Football’s’ halftime show. After lengthy negotiations, it culminated in Fox Sports retaining Bayless with a four-year, $32 million contract, according to sources.”

While Bayless is good at what he does, many in sports media are bothered by his salary number.

It really pays in media to be as obnoxious and disingenuous as humanly possible. https://t.co/EbcMxiiZfE

This Skip Bayless news is remarkable.

More proof you don’t have to have opinions based in fact and/or reality to get paid… https://t.co/tZdhwBXjh5

You’re worth what someone will pay you, though, and it’s clear that Fox Sports 1 – and ESPN – value Bayless a lot.