When Mark Armstrong took over as the sports anchor at WTVD in 2004, he fired his agent not long after he arrived in Raleigh. There was no other television job he wanted. It’s probably the last one he’ll have.

Armstrong’s last broadcast is Monday, and he’s not leaving for another station, nor is he leaving the area. He’s leaving the business entirely, trying to stay ahead of a national and local trend among TV stations moving away from sports coverage.

“I feel like I’ve lived the dream of this business,” Armstrong said. “It’s what I thought it would be when I was a kid, when I was a TV intern. I’ve been so blessed to have so many amazing experiences. But the nature of the business has just changed so much that a lot of the greatest parts of it are not so great anymore, and a lot of the fun has been sapped out of it.”

Armstrong watched in 2019 as WRAL terminated sports anchor Jeff Gravley’s contract early after two stints with the station that lasted 30 years and offered him a cut-rate deal to stay that he turned down. While Armstrong’s contract runs through October, he’s leaving now and buying a Wow 1 Day Painting franchise here.

That’s not the job Armstrong grew up wanting to do. He wanted to be a sports anchor in a market like this, and when he got here, he never wanted to leave.

There was a time when that was possible, when sports anchors became local institutions, bigger in some cases than the coaches and athletes they covered. Men — and they were always men — like Ray Reeve, Tom Suiter, Nick Pond, Rich Brenner, Ron Savage, Don Shea and Drew Smith were larger than life in the market. The days when they were featured by their stations on billboards and countless promos, breaking news and brimming with institutional knowledge, are clearly over.

“What Mark has done over the past 17 years is build a foundation as a familiar face, somebody these schools and teams trust and is going to be there,” WTVD sports reporter Bridget Condon said. “Mark’s not here to go around and be on TV. He’s here because he cares about these teams and their stories and connecting with the community. When I was hired here, it was Gravley and Mark, the two faces of the market. I felt like I had a leg up being a coworker of Mark Armstrong. It opened doors.”

Or as Gravley put it, “It was almost a baton hand-off, from one era to another, at least at our place where I was No. 5. That was true at WTVD as well.”

How WTVD will replace Mark Armstrong

The world is changing fast, and television stations, like everyone else, are trying to change with it. Sports has been one of the places many stations have tried to cut costs. Armstrong said he was told WTVD won’t replace him and will spread his weeknight anchor duties among the remaining on-air sports team of Condon and weekend anchor Joe Mazur.

Other local stations have cut back on sports and staffing as well. Turnover is high. It seems crazy that in a sports-mad area like the Triangle, doing less sports would be a business strategy, but it’s a growing trend in the TV business — and this market is not immune.

“There’s just not any importance placed on local sports now by the people who are in charge of hiring people to cover local sports,” Armstrong said. “I don’t want this in any way to sound like I’m bitter at ABC11, because I’m not. I’m so thankful to them for giving me the opportunity, for hiring me to come down here and live the dream for 17 years covering this amazing sports town. I just feel like there’s nothing ahead of me that could possibly be as cool as what I’ve already covered, and the runway, after what happened to Jeff at WRAL, for me was going to be getting shorter and shorter.”

Still, Armstrong’s experience over 17 years underlines just how much there is to do here, in a place where sports is inextricably woven into the fabric of life.

Final Fours, the US Open and the Stanley Cup

In his first year after arriving from Baltimore, the Ontario native covered North Carolina’s national championship in 2005, followed quickly by the U.S. Open at Pinehurst. The year after that, the Carolina Hurricanes went on their title run. He covered six Final Fours, stood on the flight deck of the USS Carl Vinson and drank from the Stanley Cup.

The people he worked with at WTVD became close friends, none more than “Game Day” Charlie Mickens, the ubiquitous, long-serving and hard-working sports videographer at WTVD who traveled across the continent with Armstrong, held his kids as infants and spent as much time helping Armstrong find his keys, phone and wallet as he did behind the camera lens.

“I was blessed to have him as my partner in crime for 17 years,” Armstrong said. “We had the kind of relationship where we could bark at each other and five minutes later forget the whole thing. I would have gone to the ends of earth or through a wall for him. We had totally different personalities, but we worked so well together on the road.”

Along the way, the Triangle became home. Armstrong and his wife are raising three kids here and have no interest in leaving. The COVID-19 pandemic also made him realize that he might enjoy being at home at night watching TV with them instead of being on it at 11 p.m.

“We consider ourselves North Carolinians now, and I would never have anticipated that when I moved here,” Armstrong said. “I didn’t know anything about the area beyond the teams I could be covering. So you have kind of a stereotypical view of North Carolina, and I of course had my eyes opened that it’s not at all what it’s like here. From the moment I got here, courtesy of these teams being so good, instead of thinking of this as some kind of a stepping-stone place, this was home.” 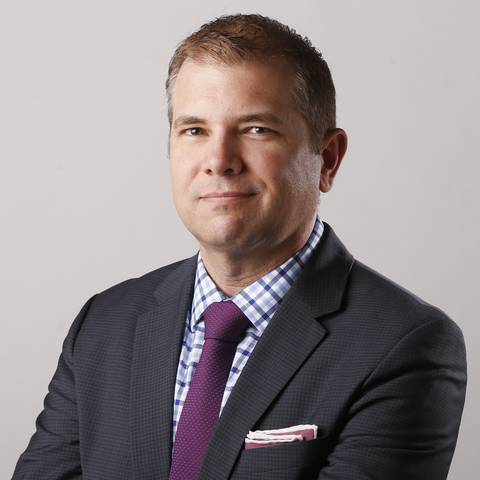 Sports columnist Luke DeCock has covered four Final Fours, the Summer Olympics, the Super Bowl and the Carolina Hurricanes’ Stanley Cup. He joined The News & Observer in 2000 to cover the Hurricanes and the NHL before becoming a columnist in 2008. A native of Evanston, Ill., he graduated from the University of Pennsylvania and has won multiple national and state awards for his columns and feature writing while twice being named North Carolina Sportswriter of the Year.