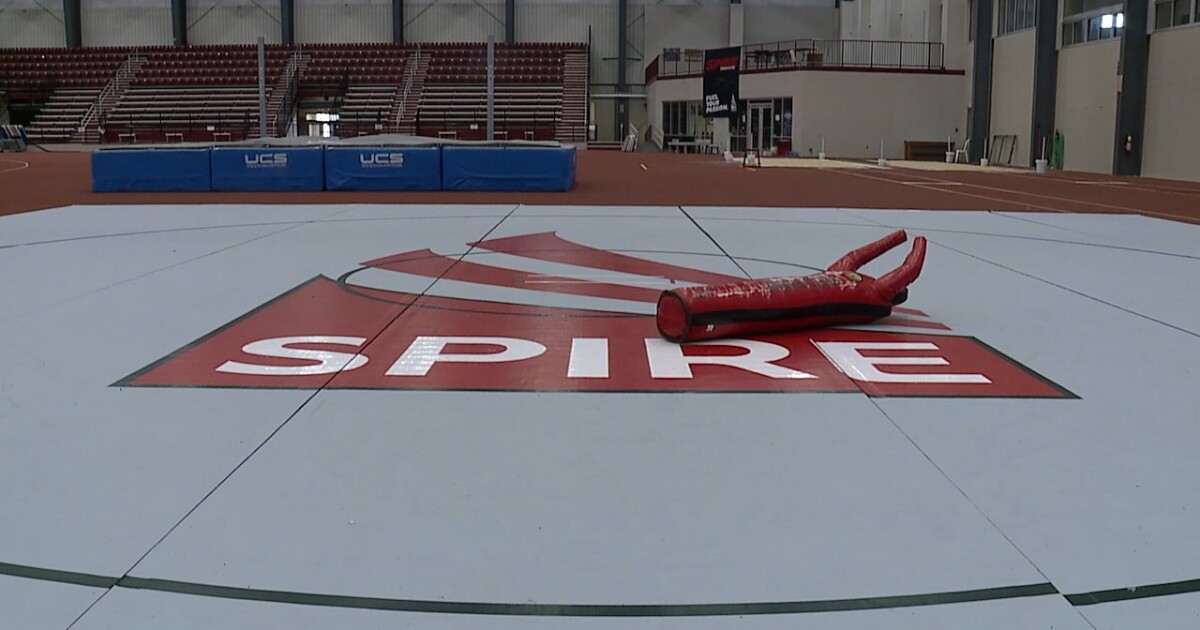 GENEVA, Ohio — In three and a half months, sports betting will officially become legal in Ohio. On January 1st, some of the state’s major players, including all of Cleveland’s big league teams, will be eligible to start taking bets.

READ MORE: Cavaliers, Browns and Guardians among those saying they want in on Ohio sports betting

Now some smaller Northeast Ohio communities and organizations are also hoping to get into the game.

The SPIRE Institute and Academy is a youth and adult sports complex sprawling over 750,000 square feet in Ashtabula County. Orloff said conservative estimates show the facility, which attracts clubs, tournaments and a residential academy for high school student athletes, contributes at least $50 million to the local economy annually.

The for-profit organization is now eyeing an opportunity to grow its appeal and revenue stream. SPIRE and its parent company Geneva Sports LLC recently teamed up with a gaming operator, Out The Gate, to apply for a retail and online sports betting license with the Ohio Casino Control Commission.

Leaders there are already addressing possible criticism about having gambling in close proximity to a facility geared toward young people.

“It will not be near our kids, it will not be something they have access to,” Orloff explained. “It will be secure. And it will be away from anything we’re doing in the complex.”

He said leadership is still identifying the best location for a sportsbook. Possibilities include a new retail center with a hotel and coffee shop going up outside of the main campus. Orloff also said there are hundreds of acres owned by SPIRE that could work.

Bill Ordine of BetOhio.com believes the sportsbook at SPIRE would be more separate from children than what they would be exposed to when sports wagering pops up in professional sports venues.

“Folks are really missing the point, in terms of what the exposure is to younger people, in this specific regard,” he said.

Additionally, Ordine said Out The Gate plans to cater its service to more sophisticated sports betters, who it believes are not being served by many popular sportsbooks, rather than young or beginner betters.

Both he and Orloff think the gambling revenue could be beneficial for communities like Ashtabula County.

The Ohio law making sports betting legal on January 1st requires 98% of sport-gaming tax revenue to go to a fund supporting public and private schools. Half of the money must go to K-12 education and the other half must go to interscholastic sports and extracurricular activities.

“You can imagine a sports complex at 750,000 square feet. It’s a lot to heat and cool and clean,” Orloff said of SPIRE. “It’s not easy. You certainly can’t run something that size with just regional events. You have to expand out, and the goal is to continue to grow and create more and more of a place for the community.”

Aside from the athletic complex, many visitors come to Ashtabula County for its wineries, access to Lake Erie and summertime spots like Geneva-On-The-Lake.

“I was thinking of going to Florida for the beach, but never had been up on the lake. So I decided to check it out and see what it was like,” said Roger Enchelmeyer, who was visiting Geneva-On-The-Lake from southern Ohio.

He said a sportsbook in the area would be an added amenity to patronize while in town.

“Especially if they were showing live sporting events while they were going on, I would definitely partake in that,” he said. “When Indiana legalized it and they put in a sportsbook at one of the casinos right over the state line near Cincinnati, I went over there specifically to experience it.”

Ashtabula County Commission President JP Ducro praised the investment and economic impact SPIRE has already made in the community. In a phone call, he told News 5 county leaders plan to examine any concerns about sportsbooks in the county, including gambling addiction and youth exposure. But he also said something that attracts more visitors and brings revenue to the community could be a positive addition.

“We’re all sitting here waiting to see what happens. And if it happens, great. If it doesn’t, we’ll move on and take the next step,” Orloff said.

Download the News 5 Cleveland app now for more stories from us, plus alerts on major news, the latest weather forecast, traffic information and much more. Download now on your Apple device here, and your Android device here.