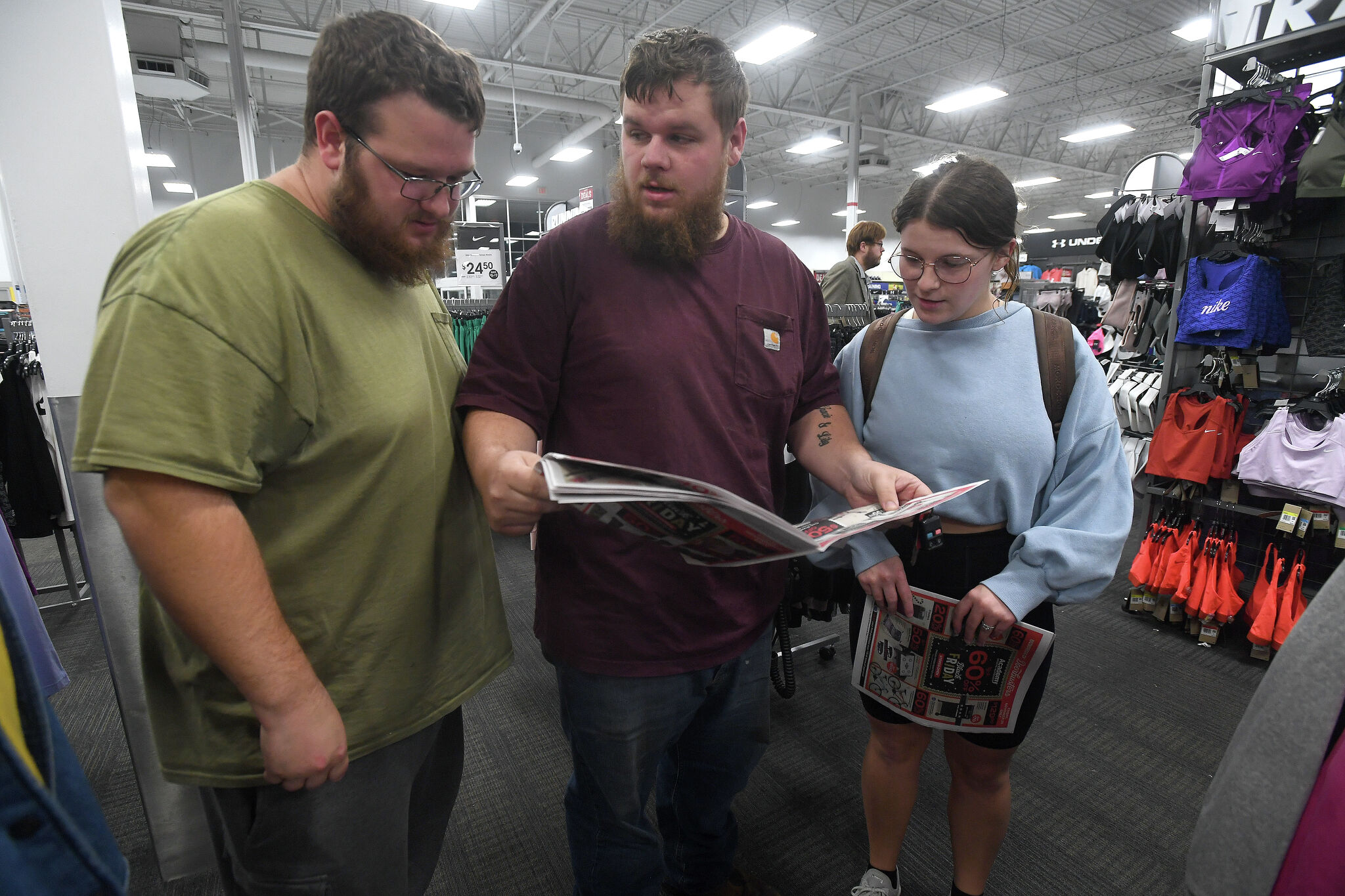 Customers were up well before sunrise for Black Friday shopping, eager to score some good deals on various items.

There were quite a few shoppers at Academy Sports and Outdoors in Beaumont, racing through the front doors to get inside as the store opened at 5 a.m.

Buna resident Lee Scott, one of the first customers in line, arrived at around 4:15 a.m.

“I was up, so I went ahead and came here,” said Scott, who’s done Black Friday shopping at 5 a.m. eight of the last 10 years.

Scott said he enjoys shopping during Black Friday’s early hours because he can get it out of the way before going about his day. He also said it was his first time since COVID-19 entered the picture he did went into a store for Black Friday, adding he did curbside pickup in 2021 shopping at Academy Sports and Outdoors and Home Depot.

Brittney Kelly, another Buna resident, also arrived at Academy Sports and Outdoors at around 4:15 a.m. She said she tries to go “everywhere” every Black Friday. Even COVID-19 didn’t stop her from shopping on Black Friday.

A mother, Kelly also said Black Friday allows her some down time.

Stacie Ferguson and her family were first in line at Academy Sports + Outdoors. They arrived at the store just after 4 a.m. Addison Steltz, Ferguson’s daughter, said she ran up to the store and noticed most were waiting in their cars.

Early shopping on Black Friday is a family tradition, one Ferguson has been doing for 20 years with her sister Boots McCarty, who gathered with her family slightly further back in line. Ferguson’s kept the tradition alive with her children, who get to come once they turn 13.

“I have one at home who’s not happy because she’s not old enough to come,” she said.

Although they had a small list of sale items that they’d be sure to get first, like a trampoline, Ferguson said keeping the Black Friday shopping tradition alive is mostly “for fun and family connection.”

“When you do it online, you don’t get that,” she said.

Among those embracing that Black Friday spirit was Gavin Jarrell, who joked that he’s “a Black Friday warrior.”

“I go to battle every year,” he joked.

The line at Target started forming at 6:30 a.m. By the time the store opened at 7 a.m., well over 100 people and counting lined up and proceeded into the store. Shoppers then loaded up their carts with items, from legos and action figures to flat screen televisions and Ninja food blenders.

Spurger residents Kristi Dorvee and Charity Hollyfield were at the front of the line at Target before it opened. She arrived in Beaumont around 5 a.m., starting her Black Friday trip at JCPenney before heading to other sections of Parkdale Mall.

Customers also lined up at Ulta Beauty in Parkdale Mall during that 5 a.m. hour. Inside Kohl’s, a line for two registers extended at least 20-25 feet as of 6 a.m.

This article will updated with additional photos later today.