Six Days in Fallujah, one of the most controversial games of the 2000s, returns 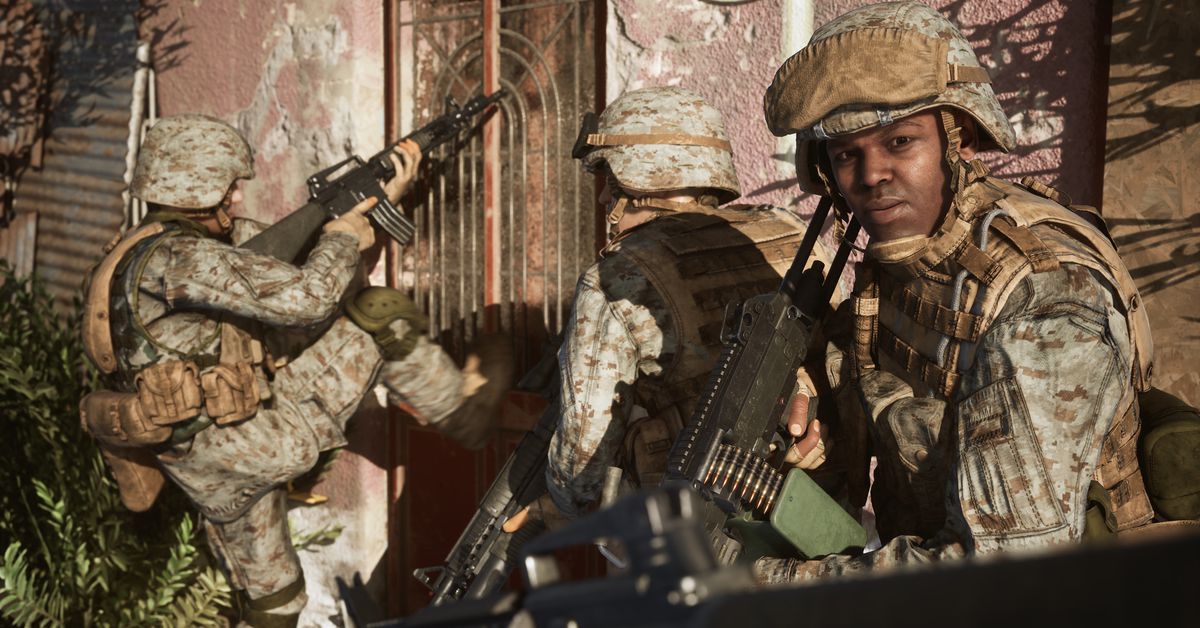 Six Days in Fallujah, the controversial shooter set during the Iraq War, is finally coming out, nearly 12 years after it was first announced. According to a news release from the game’s publisher, the tactical game will be based on true stories gathered from members of the military as well as Iraqi civilians who lived through the Second Battle of Fallujah in 2004.

Victura, a company founded by former Bungie vice president Peter Tamte, will publish the game. Tamte was also involved in the original version of Six Days in Fallujah.

Six Days in Fallujah was originally announced in 2009. At the time, it was in development as a third-person shooter at Atomic Games for PlayStation 3, Xbox 360, and Windows PC, and Konami planned to publish it. Shortly after the game’s original announcement, however, multiple groups came forward to criticize the concept of the game. That backlash, which made the rounds of international media, eventually led to publisher Konami dropping out.

“After seeing the reaction to the video game in the United States and hearing opinions sent through phone calls and e-mail, we decided several days ago not to sell it,” a Konami spokesperson told Japanese newspaper Asahi at the time.

Atomic Games shuttered in 2011, after releasing the game Breach.

Highwire Games’ version of Six Days in Fallujah is coming to unspecified console and PC platforms in 2021. It will be a tactical first-person military shooter.

The city of Fallujah was originally taken and held by the United States military during the early weeks of the 2003 Iraq War. In 2004 the city became a hot spot, drawing in fighters from around the country and beyond. Fighting there cost countless civilians and insurgents their lives. The fractious state eventually led to the death of several private military contractors from Blackwater USA, their bodies mutilated and dragged through the streets. The image of their corpses hung from a bridge were widely shared by the international press, helping to make the city a focal point of the occupation.

A siege of the city in April 2004, known as the First Battle of Fallujah, proved inconclusive. Coalition forces — which included U.S., British, and Iraqi units — redoubled their efforts in November of that year with Operation Phantom Fury. Also known as the Second Battle of Fallujah, official records indicate more than 13,000 ground troops faced off against approximately 4,000 dug-in insurgents.

Thousands more civilians were trapped in between. The result was some of the fiercest urban fighting for Western forces since the 1968 Battle of Huế in Vietnam — and an estimated 800 civilian deaths, according to the International Red Cross.

The engagement is mired in conflict, not the least of which is the contested legality of the Iraq War itself. Firsthand accounts indicate that Coalition forces prevented military-aged males from leaving the city ahead of the Second Battle of Fallujah, thereby contributing to civilian deaths. Others maintain that white phosphorus munitions were used as offensive weapons in combination with high explosives, which could put Western forces at odds with the modern rules of war.

“Sometimes the only way to understand what’s true is to experience reality for yourself,” said former Marine Sergeant Eddie Garcia, who was quoted in Thursday’s news release. Garcia originally proposed the idea for Six Days in Fallujah in 2005. Not only did he participate in the battle, but was wounded during the fighting.

“War is filled with uncertainty and tough choices that can’t be understood by watching someone on a TV or movie screen make these choices for you,” Garcia continued. “Video games can help all of us understand real-world events in ways other media can’t.”

In a nod to Six Days in Fallujah’s past controversies, developers issued the following statement in addition to their news release.

Throughout history, we’ve tried to understand our world through stories of events that happened to somebody else. Six Days in Fallujah asks that you solve real-life challenges from one of this century’s toughest battles for yourself.

We believe that trying to do something for ourselves can help us understand not just what happened, but why it happened the way it did. Video games can create insight and empathy in ways other media cannot.

More than 100 Marines, Soldiers, and Iraqi civilians have shared their stories with us, so you can participate in them through this unique, interactive medium. We hope that experiencing their extraordinary “moments of truth” will give each of us a new perspective into a conflict that has shaped so much of our century, as well as the people who have sacrificed so much because of it.