Shymanovich Qualifies for Tokyo with 58.77 BR 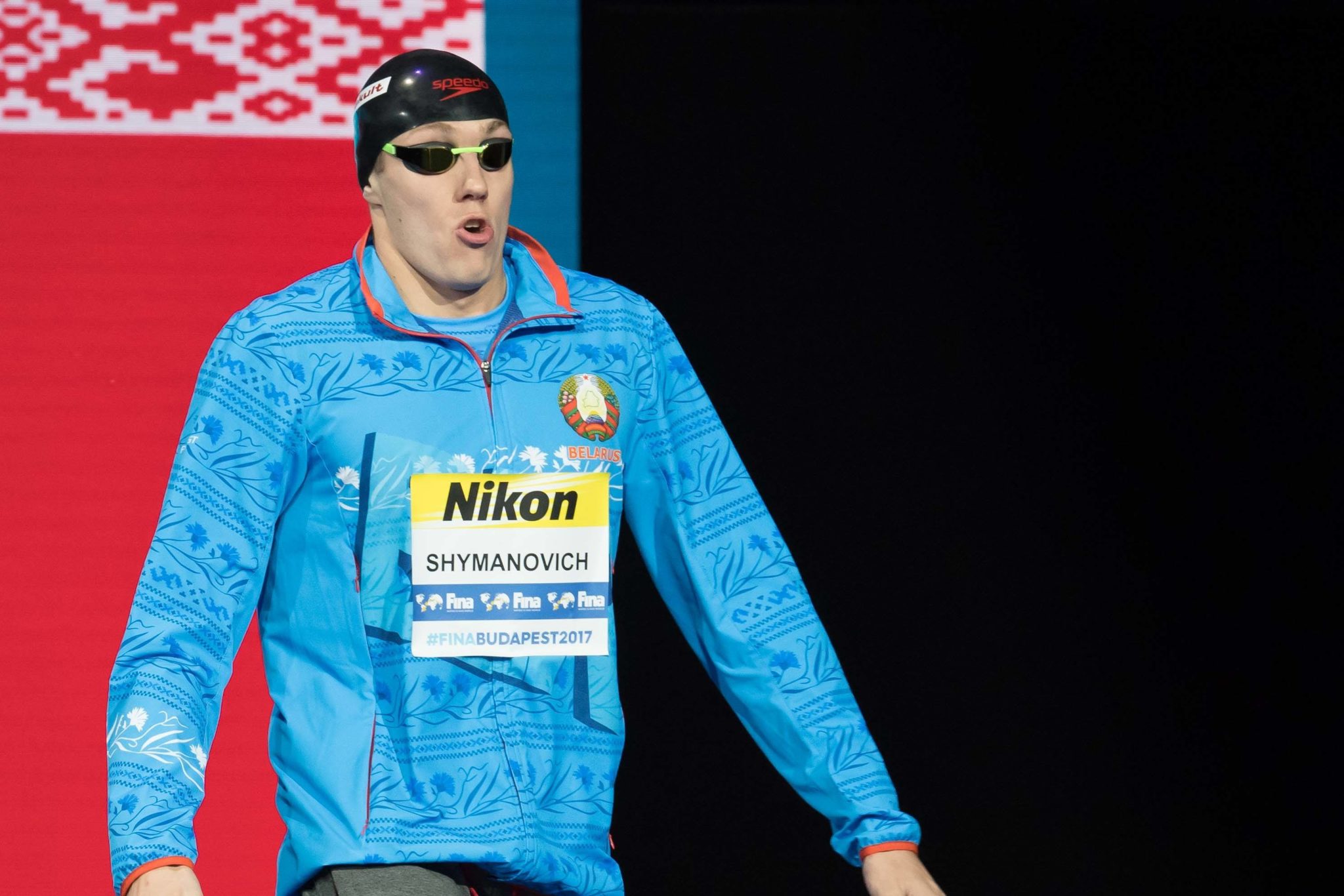 The 2021 Belarus Open in Brest kicked off yesterday with its first of four finals session. Before the competition began, an opening ceremony was held to award 21 athletes with the sporting title of Master of Sports of the Republic of Belarus and the their corresponding badge. Presenting the awards were Nikolai Nikolaevich Glushenya, Brest regional executive head of the sports and tourism department, Yuri Romanovich Kuchuruk, Brest regional water sports director, and Sergei Vladislavovich Khozhempo, general secretary of the NGO “BFP”.

Among the honorees was Ilya Shymanovich, who was recognized for his 100 breast SCM world record of 55.34 from the 2020 Belarusian Short Course Championships. Yesterday, Shymanovich qualified for the Tokyo Olympics with his winning time of 58.77, easily eclipsing the automatic qualification standard of 59.93. Shymanovich is now just one one-hundredth off the top five times in the world this season.

Buevich gained in finals and placed second at 26.08 to event winner Nikita Tsmyg‘s 24.86. Tsmyg now ranks just outside of the top five times in the world this season, now the second Belarusian to enter the world top ten.

Picking up her second automatic Olympic qualifying cut was 18-year-old Anastasiya Shkurdai, whose winning 100 back time of 59.89 was under the 1:00.25 cut. Shkurdai swam her 100 fly lifetime best of 56.95 at the July 2020 Brest sprint meet. Shkurdai also won the