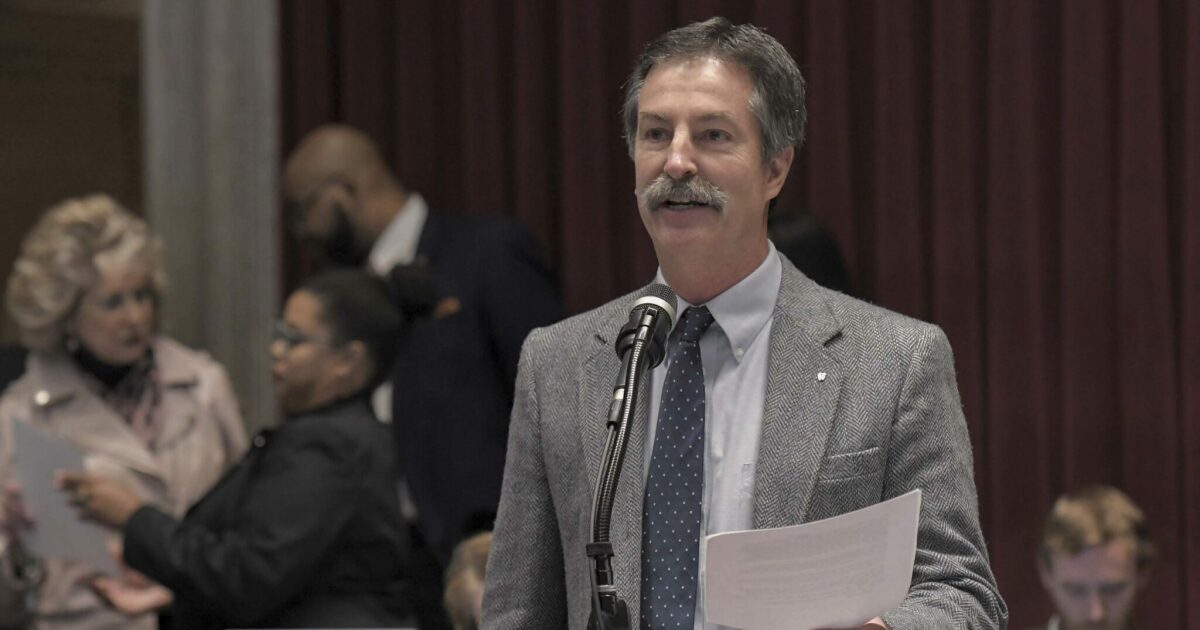 When Jennifer Harris Dault’s daughter came out to her kindergarten class as a transgender girl via Zoom, no one really batted an eye. Her teachers supported her, and so did her friends. Rori Picker Neiss’ son had a similar experience when he came out as a boy. The two kids, ages 7 and 11, have faced an outpouring of support from their communities and schools.

But much of the Missouri legislature doesn’t feel the same way.

For three years in a row, Missouri lawmakers have attempted to pass what’s now titled the “Save Women’s Sports Act,” which would prohibit trans girls from playing on girls sports teams. This year, provisions in the bill won House approval and also passed a Senate committee.

Advocates like Harris Dault and Picker Neiss say it’s an issue that doesn’t affect that many people but harms an already vulnerable population — transgender children.

“This bill seeks to codify into law discrimination against trans youth,” Picker Neiss said on Wednesday’s St. Louis on the Air. “It’s being pitched as if this is something that we should be scared of, that our children are scary. And that in and of itself is hugely problematic at a time when we’re already seeing the trans community being attacked and marginalized and facing violence simply for who they are.”

Picker Neiss has been advocating against these laws for years — and so has her son. He came out at age 7. Now 11, for the past few years he has been traveling to Jefferson City to testify against laws targeting trans youth.

“He’s become a real outspoken advocate for trans rights, which is something that I’m incredibly proud of,” she said. “And it’s also incredibly sad that at the age of 11, he’s already been in the Capitol for three years. People know him by name. They recognize him by sight. And he should be in school playing with his friends. This isn’t what he should be worrying about.”

Harris Dault said her daughter, who has been out as a girl for around a year, accompanied her to some lobby days in Jefferson City. She hopes to be able to play sports soon, but the bill has the potential to throw a wrench into her plans.

How the “Save Womens’ Sports Act” affects trans youth

“She’s scared. But for all of this legislation, she hadn’t seen anyone who would look at her differently because she’s trans. You know, she’s a teacher’s pet. She’s beloved by everyone who knows her. And the idea that she would not be able to play sports with her friends — it devastated her,” Harris Dault said. “She really wanted to go testify as well. But we told her, ‘You’re not old enough to hear all the things that are being said about you.’”

Many proponents of the bill see trans girls as having unfair advantages in sports — saying kids who are assigned male at birth are biologically more capable when it comes to athletics. Picker Neiss says that doesn’t reflect reality.

“What I want to make really clear in this is that no one is talking about putting boys onto girls sports teams,” she said. “The people that we’re talking about are girls. For many of them, as they get older, they are taking hormone treatment, they’re taking estrogen, they are presenting fully as girls, they are integrated as girls.”

Picker Neiss added that being assigned male at birth doesn’t inherently make a kid better at playing sports. But they might be sometimes — and that’s not a bad thing.

“We don’t necessarily have the most coordinated of children. But what’s really at stake here is sowing fear and trying to keep people out to think that their own children are going to somehow get ahead,” she said. “And the whole point of sports is that there is competition, not everybody is going to always make it. But we don’t do that by just trying to eliminate anyone that we see as a competition.”

Some of the issues can seem familiar.

“I’ve joked that I’m defending my daughter’s right to be cut from her middle school basketball team, just like her mother was,” Harris Dault said. “Also, we want our kids to excel at the things that they are good at. So, if my daughter or Rori’s son or someone else’s kid is really good at sports, I want to be able to cheer them on.”

“We’ve had many athletes join us in testifying against these bills saying that women’s sports needs equal pay, it needs better protection against sexual assault, it needs more respect and equal opportunities,” she said. “But not protection from trans athletes who want to be like everyone else, and for whom sports and athletics is often a way that they find themselves and find comfort in their own bodies.”

Picker Neiss and Harris Dault’s kids have both stood strong in the face of legislation that targets their identities. Picker Neiss said her son remains confident, even after hearing lawmakers speak negatively about trans kids at the Capitol.

“I have been scared about bringing him so much, and what it’s doing to him to have to keep hearing this from people. And what he said to me is, ‘I know they’re wrong,’” she said. “I think, what does it mean to be 7 years old and know who you are? To be able to stand up and say, ‘I know that I’m a boy.’ I mean, the self-reflection that he’s done is more than many of us have done when we reach our 30s and 40s. And so it’s just amazing to see.”

While their kids have strong, supportive communities and families and schools, it’s not always easy. With more bills every year that target trans kids, Harris Dault said she and her husband are perpetually worried.

“I’m going to be biting my fingernails until the very last moment,” she said. “I’m up at night. My husband and I have conversations every day. And probably for the last month, at least one of us has been in tears every day as we think about what these bills could mean for us and our family and for so many others across the state.”

“St. Louis on the Air” brings you the stories of St. Louis and the people who live, work and create in our region. The show is hosted by Sarah Fenske and produced by Emily Woodbury, Kayla Drake, Danny Wicentowski and Alex Heuer. Jane Mather-Glass is our production assistant. The audio engineer is Aaron Doerr.