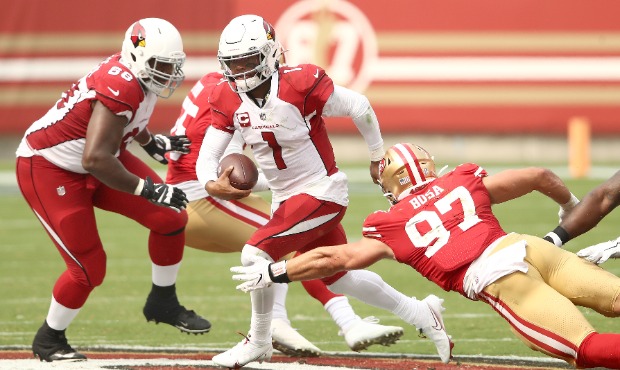 Fans of the Arizona Cardinals and the San Francisco 49ers outside the Valley and Bay Area will have to dig a little deeper to find the Week 16 showdown.

The two NFC West rivals will face off at 2:30 p.m. on Saturday on Amazon Prime and Twitch, as part of the NFL Holiday Blitz on Prime Video, according to a Cardinals press release.

Listeners can still catch all the action live on 98.7 FM Arizona’s Sports Station.

The showdown between the 8-6 Cardinals and 5-9 49ers will take place at State Farm Stadium, in the NFL’s penultimate week of the regular season.

The game will also be streamed on Amazon’s other platforms, with FOX carrying the action locally on television.

The game will be the first NFL contest to air nationally on Amazon Prime and Twitch.

There will also be a Spanish language feed that features Jose Antonio Melian doing play-by-play, in addition to a scout’s feed with analysts Daniel Jeremiah, Bucky Brooks and Joy Taylor calling the contest.

Prime subscribers have the ability to change their stream of-choice to enable on-demand replays on Prime Video and overlays and live chats on Twitch.

There will also be a pregame show featuring studio host Cari Champion, former NFL defensive lineman Chris Long and Andrew Hawkins, called “NFL Next Level” that will be live-streamed on Twitch prior to kickoff.