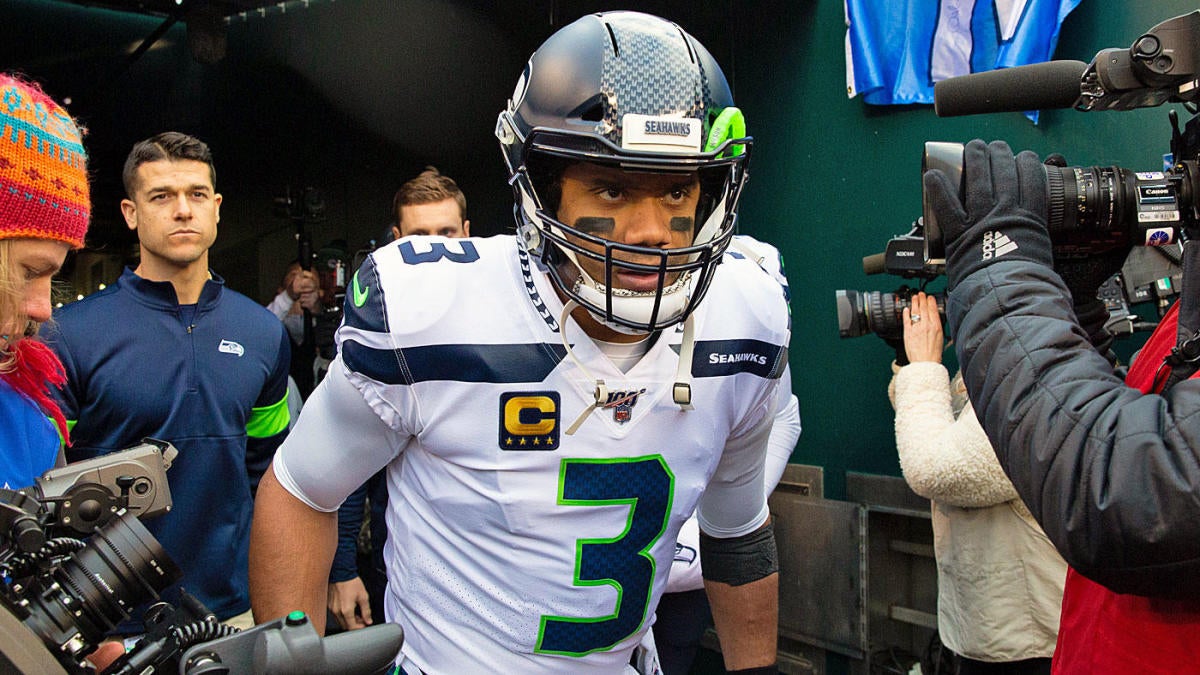 If the Houston Texans reportedly won’t listen to trade inquiries regarding star quarterback Deshaun Watson, it’s a safe bet that the Seattle Seahawks won’t be in a hurry to field calls about Russell Wilson. Or is it? Hours after The Athletic reported that Wilson’s relationship with his one and only NFL team has become increasingly rocky — to the point Wilson’s camp apparently even discussed potential trade destinations with Seattle — the quarterback’s agent identified to ESPN four different teams Wilson would be comfortable playing for in the event of a future deal: the Bears, Cowboys, Raiders and Saints.

All four are in different positions, and considering three of them share a conference with Seattle, a prospective trade seems far-fetched, regardless of how frustrated Wilson has become with the Seahawks. But this offseason has already seen three high-profile signal-callers swap teams — Carson Wentz, Jared Goff and Matthew Stafford — and two of them were widely considered long shots to be dealt after the 2020 campaign because of their contracts. In other words, anything really can happen when it comes to NFL QBs, or at least that’s how it feels as free agency’s official kickoff draws near.

So let’s get wild for a few minutes and pretend Wilson keeps pushing buttons and, ultimately, forces Seattle’s hand. Let’s pretend the Seahawks actually entertain offers from Wilson’s four preferred teams. What in the world would they have to give up in order to seal a deal? It’s truly anyone’s guess, because there’s no recent precedent for a trade involving a QB of Wilson’s caliber, but here’s our stab at a couple of potential agreements:

Chicago is desperate for an instant and long-awaited QB fix. Acquiring Wilson would almost assuredly buy general manager Ryan Pace some Jason Licht-esque new life. The ask would be especially steep within the NFC, but the Bears would have no issue clearing almost $20 million by shipping Foles, Graham and Hicks out of town. The latter is the only premium asset, and even he’s 31, but Seattle could easily find use for Foles and Graham (welcome home!) as stopgap starters in a likely “reset” year. The real compensation here is the trio of first-rounders, which should help Seattle unearth its next QB of the future by 2022.

Holy nutcrackers, is this a big one, but just bear with us. First, who in their right mind believes Jerry Jones would turn down the chance to bring an even more proven superstar QB to America’s Team, especially after hesitating to lock up Dak? Second, for as much as Jon Gruden and Mike Mayock have praised Derek Carr, we all know they’d embrace an upgrade if it were substantial, and this would allow them to fill a long-term spot without gambling in the draft. Here’s the net breakdown for each of the three parties:

Dallas and Vegas get obvious QB upgrades by essentially each paying a first-round pick, and Seattle downgrades to Carr while essentially adding two firsts — either to build around its new QB or rebuild post-Carr in the next year or two.

Raiders give up Derek Carr, two firsts to bring Russ to Vegas

This isn’t too different from the three-team possibility, except without the Cowboys. Vegas still nets a major QB upgrade by replacing Carr with Wilson, who has a huge fan in Gruden and would instantly boost the Raiders’ status as contenders in the AFC West. The Seahawks, meanwhile, would be getting a pair of firsts and jumping up a round in the 2022 draft, not to mention a solid QB with a palatable contract in Carr.

The Seahawks’ haul may appear massive, seeing as it contains three players and three picks, but consider that Seattle would be hesitant to keep Wilson in the NFC, then consider that two of the three players — Hill and Jordan — might very well be cap casualties in a year or two. Hill is more of a throw-in here, but as a one-year stopgap for a run-based attack, he’d suffice. The Saints would save $25 million by parting with the vets, not to mention make a seamless transition from a once-elite QB to a presently elite one. Seattle, meanwhile, would get an instant and long-term offensive line upgrade, an elite short-term edge rusher and plenty of rebuild capital.