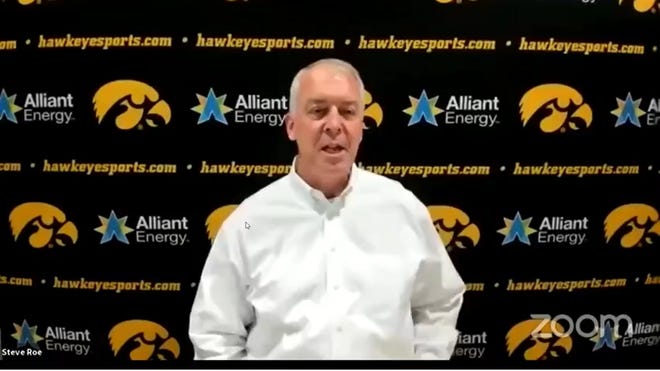 Accidents like the one that claimed the lives of two Iowa State University Crew Club members Sunday are “pretty rare,” says a spokesperson for the United States Rowing Association, the sport’s national governing body.

“In a non-COVID year, we typically have more than 80,000 individuals and 1,400 organizational members rowing across the country,” the spokesperson, Brett Johnson, told the Ames Tribune via email. Yet since 1976, just six people ages 15-21 have died in fatal rowing accidents, according to Row Safe USA. Four of those were college rowers.

The last American college rower to die in a boating accident was Northwestern University student Mohammed Ramzan,19, who fell overboard during practice in 2017.

Ramzan told his teammates he could not swim, the Chicago Tribune reported. A Northwestern spokesman said the team instituted a “safety exam” for members after Ramzan’s death but did not say if it included a swimming test.

The ISU Crew Club’s constitution does not mention swimming ability. The university’s director of recreation services, Michael Giles, did not respond to requests for comment on safety oversight of club sports.

Most rowers do not wear life jackets

All rowers should have a physical and pass a swim test, according to guidelines from the rowing association, also known as USRowing, and a rower who cannot swim should wear a personal flotation device.

Most organizations, however, do not require athletes to wear flotation devices, in part because oars can catch on them and interfere with the rowing stroke.

Rowing shells, racing canoes and kayaks are exempt from life jacket requirements in waters considered navigable by the U.S. Coast Guard. And an Iowa law requiring boats to carry flotation devices likewise excludes any “vessel which is a racing shell used in the sport of sculling.”

According to the ISU Crew Club’s constitution, a motor launch accompanying the rowing shells should carry emergency equipment, including flotation devices.

Johnson said that’s in keeping with the requirements of USRowing. He said when there is not a launch accompanying a rowing shell, the group recommends that the shell carry enough Coast Guard-approved flotation devices for everyone on board.

“We also recommend that all boats use the buddy system at all times when not accompanied by a launch,” he said.

It is unclear whether a launch accompanied the students Sunday. Hamilton County Sheriff Douglas Timmons also did not say whether the students wore life jackets and that he did not know if there were any life jackets in the rowing shell.

With high winds on Sunday, Timmons said, Little Wall Lake, where the rowers were practicing, was “pretty rough.” It also was cold. Scott Grummer, a fisheries biologist with the Iowa Department of Natural Resources told The Weather Channel that the water  temperature was 39-42 degrees near shore.

Because of the threat of hypothermia, the U.S. Rowing Association’s guidelines deem any water temperature below 50 degrees “very dangerous.”

Other aquatic club sports at ISU address safety to varying degrees in their constitutions, according to the documents publicly available on ISU websites. They range from the sailing club, which has a risk management officer and requires lifejackets, to the canoe and kayak club, which in its constitution states a goal to “provide a safe learning environment” but list no specific requirements.

Other ISU water sports groups, such as fishing, scuba and water skiing, require various levels of training and safety standards and equipment.

Isabella Rosario is a public safety reporter for the Ames Tribune. She can be reached by email at [email protected] or on Twitter at @irosarioc.

Phillip Sitter covers education for the Ames Tribune, including Iowa State University and PreK-12 schools in Ames and elsewhere in Story County. Phillip can be reached via email at [email protected] He is on Twitter @pslifeisabeauty.