Roberts to work with Kraken as sports science and performance consultant 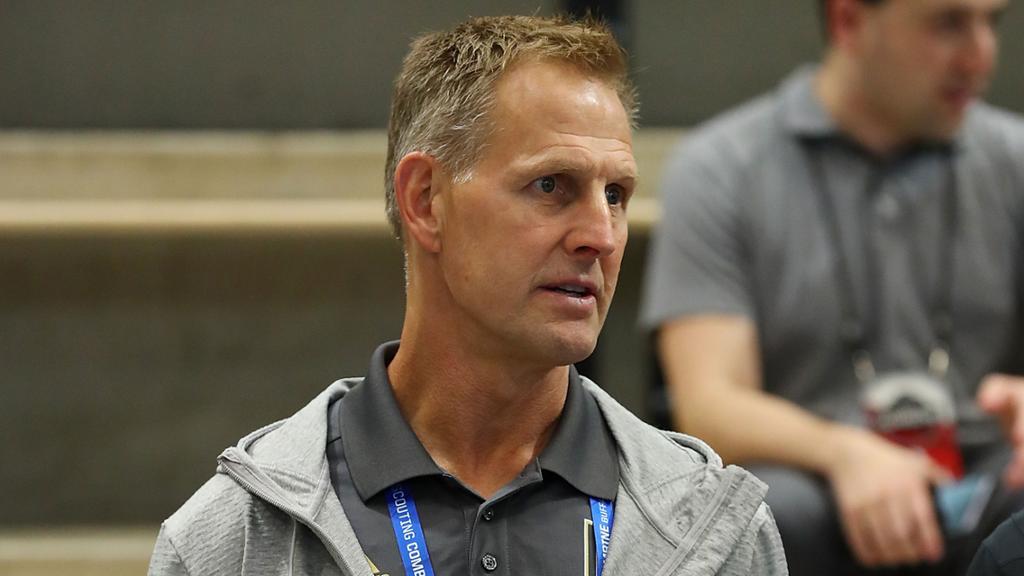 Gary Roberts helped the Vegas Golden Knights from the ground up — or the ceiling down, rather — before they joined the NHL in 2017-18.

“I stood on the top of the Vegas practice rink with no roof, placing equipment,” he said.

Now Roberts will help the NHL’s newest expansion team, the Seattle Kraken, who announced him as one of seven hires in hockey operations Wednesday.

The former NHL forward will remain based in the Toronto area, where he runs Gary Roberts High Performance Training in Aurora, Ontario.

He’ll continue to teach nutrition and fitness in the offseason to players from other NHL teams, including Edmonton Oilers center Connor McDavid and Tampa Bay Lightning center Steven Stamkos.

But with the title of sports science and performance consultant, he’ll ensure the Kraken Training Center currently under construction will have proper equipment and systems when the Kraken join the League in 2021-22.

And in what he called the cherry on top, he’ll work with general manager Ron Francis, with whom he played for the Carolina Hurricanes from 1998-2000 and Toronto Maple Leafs at the end of the 2003-04 season.

“I really love my summer program, or my offseason program, where we deal with players from all over,” Roberts said. “But this allows me … to have an influence and continue to be involved in the NHL.”

A neck injury forced Roberts to retire after 10 seasons with the Calgary Flames, and he missed the 1996-97 season.

But after two surgeries and with the assistance of experts, he embarked on a program of training, nutrition, rehab and recovery, according to his website. He came back and played 11 more seasons with the Hurricanes, Maple Leafs, Florida Panthers, Pittsburgh Penguins and Lightning.

That inspired him to start his training business, and that has led to consulting roles with the Dallas Stars, Penguins, Golden Knights and Kraken.

“I was impressed with how hard he worked in his comeback and how hard he worked every day and how disciplined he was in his approach and the effort he put out on the ice every night,” Francis said. “Not surprised he’s been successful post career in opening the gym and doing what he’s doing, helping a lot of young hockey players kind of reach their goals. Excited to have him on board, working alongside him again.”

In Vegas, he helped outfit another new training center, then worked with prospects and director of player development Wil Nichol. He also recommended Doug Davidson, who landed his first NHL job as the Golden Knights strength and conditioning coach.

His contract with Vegas expired in June.

“He was a consultant that brought a great deal of expertise to our team, both as a former NHL player and of course as a highly regarded strength and conditioning coach,” Golden Knights GM Kelly McCrimmon said. “Ron called me, and I couldn’t have spoken more highly on his behalf.”

In Seattle, Roberts will help outfit yet another new training center. He hopes his role will evolve afterward so he can work with NHL players as well as prospects. Francis said depending on his availability, the Kraken would probably have him at development camp or training camp, and they might have him meet the NHL team on the road and spend time with prospects wherever they are.

“He’s just got a lot of expertise in a lot of areas, and I think he’ll be a huge asset for us in Seattle as we start this up here moving forward,” Francis said.

Roberts has not visited Seattle yet, let alone the training center construction site, amid the coronavirus pandemic. But he said he already had spoken a couple of times with Brookreson, who landed his first NHL job.

“He seems like an amazing guy,” Roberts said, “and I look forward to working closely with Nate in putting the proper systems in place in Seattle.”