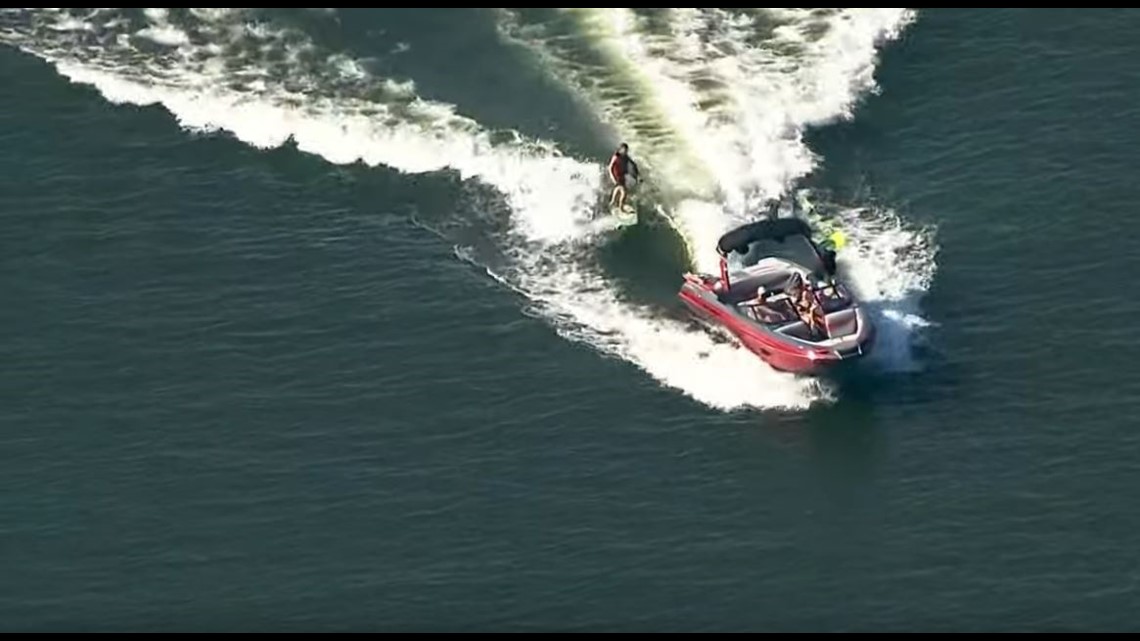 New rules restrict activities on the Willamette River. A group has been petitioning to get those restrictions lifted. The state marine board just denied it.

PORTLAND, Ore. — No question, the Willamette River near downtown Portland has become a lot more popular in recent years. The water is now clean enough to swim in and it’s become more attractive to boaters. However, according to the Oregon State Marine Board, all those boats are taking a toll and putting people at risk.

Last month, the Oregon State Marine Board made sweeping changes, restricting motorized watersports in the most crowded sections. The new rules impact a roughly 13-mile stretch of the river from the Hawthorne Bridge to Willamette Falls. The biggest change covers a four-mile stretch between the bridge and Waverly Marina.

From May through September, tow sports like water skiing, wake boarding, or tubing are now banned.

From Waverly Marina upstream to Willamette Falls, those sports are allowed in limited areas.

“It’s unprecedented to… take away access to the river in this form,” said Erin Patterson who lives along the river.

It was a blow to many who love boating and playing on the river. Patterson said water sports on the Willamette was what brought her family to their neighborhood.

“If it’s safety measures… that we need to provide a safe area for a paddler to get across by a busy dock… then let’s do that, but we don’t need to shut down large sections of the river,” said Patterson.

She was one of many who petitioned for the board to lift the restrictions. Despite their push, the board voted to keep the new rules in place.

“There were concerns about the safety of all boaters motorized and non-motorized, there were increasing concerns about the impacts certain boats and certain activities were having to the near shore area as well as to shoreline property,” said Josh Mulhollem, Environmental and Policy Program Manager with the Oregon State Marine Board.

The board will evaluate the new rules this summer. It will make changes if necessary. But for now, it’s focusing on getting the word out.

“You’ll see new signage up in and around Portland,” Mulhollem said.

While others will keep fighting for the access they had, until now.

“I think there’s a smarter way to achieve what we want to achieve,” said Patterson.

RELATED: Ferry service will connect North Portland to downtown in 2022