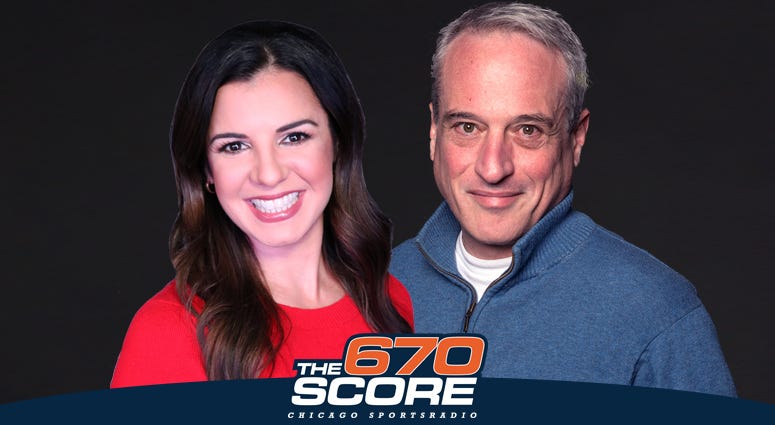 (670 The Score/Entercom) Entercom on Monday announced Leila Rahimi as midday show co-host on 670 The Score in Chicago. Rahimi will be heard alongside Dan Bernstein on the Bernstein & Rahimi Show that can be heard weekdays from 9 a.m. to noon, effective immediately.

“We are thrilled to be amplifying Lelia’s role at The Score,” said Rachel Williamson, Regional President and Market Manager of Entercom Chicago. “She’s a seasoned professional with experience engaging with sports fans across multiple platforms and cities, and has built a great reputation with Chicago’s sports fans. Adding her voice and perspective consistently creates a more dynamic midday lineup for Score listeners.”

“Since I was five years old, my report card has said I talked too much,” Rahimi said. “As Chicago sports fans know, I’ve loved living here and talking about sports with them and alongside the incredible media personalities here. To continue to do so in one of the best sports cities in the world is an opportunity for which I’m very grateful.”

Rahimi has appeared on 670 The Score on a regular basis since 2017, both as a contributor to various shows on the station and as a co-host. She started hosting, reporting and anchoring for NBC Sports Chicago in October 2015, hosting talk shows, nightly sportscasts and baseball pregame and postgame shows for both the Cubs and White Sox. She also had national hockey and bowling reporting assignments for NBC Sports, including as a rink-side reporter for NBC Sports coverage of the women’s hockey tournament at the PyeongChang Olympics in 2018.

Other previous positions for Rahimi include host of MLB Network’s Strike Zone channel in 2015; various on-air roles for NBC Sports Philadelphia and CSN Houston; field reporter for the San Diego Padres; sports reporting and anchoring roles for local news stations in Austin, Sherman and Tyler, Texas; sideline reporter for Fox Sports Southwest’ producer for KLIF-AM and anchor and reporter for KTCK-FM/AM in Dallas.

Listeners can tune in to WSCR 670 The Score in Chicago on air as well as nationwide on the RADIO.COM app and its website. Fans can also connect with the station on social media via Twitter, Facebook and Instagram.