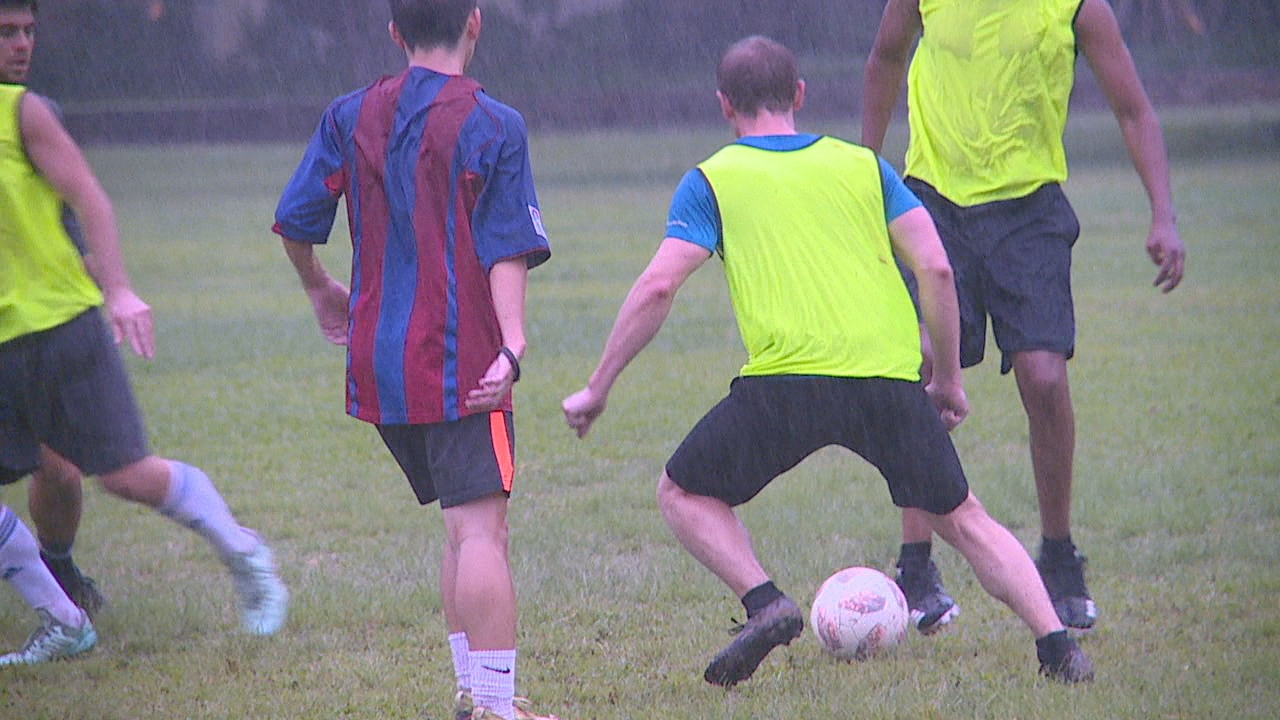 HONOLULU (KHON2) — Many parents and players say that they’re frustrated that organized team sports can’t resume until Tier 4 of Honolulu’s reopening strategy, despite the CDC finding that on-field activity is unlikely to cause the spread of COVID-19.

Members and supporters of various sports leagues and organizations held a small protest outside of Honolulu Hale on Wednesday. They’re asking Honolulu Mayor Kirk Caldwell to take organized team sports out of Tier 4.

“We already getting restrictions from the city about what we can and cannot do,” soccer player and organizer Sergio Bolioli said. “On top of that, we’re adding more restrictions to make it even safer. On top of your sport, you have your organization that can oversee things that can make sure everything is being done accordingly to what is planned.”

Currently, outdoor sports that don’t require a permit — like playing basketball at the park with your friends or family — are allowed up to groups of five. That number will increase to 10 in Tier 3.

Still, Mayor Caldwell says he won’t reconsider moving organized team sports to a lower tier due to concerns regarding crowds and gathering.

“As mayor I’d love to open it up,” Mayor Caldwell said. “We did before and we saw the result where people weren’t following the guidelines. It’s hard to enforce when you have team sports in major city parks all around the island.”

“The coronavirus is some fairly specific virus,” Dr. Wu said. “It doesn’t last outdoors as much as we think, and science has proven that you can look at the articles for John Hopkins, and they’ll show that outdoor events have not led to a higher incidence of transmission.”

Dr. Wu believes that the health benefits outweigh any small risk of on-field transmission, though postgame and pregame activities are still risky. The CDC’s guidelines layout mitigating efforts that can be taken.

“I think it is very healthy, not only physical wise but mental health-wise to have organized sports. CDC guidelines have provided us with vital information to show that outdoor sports have been if conducted safely are done very well.”