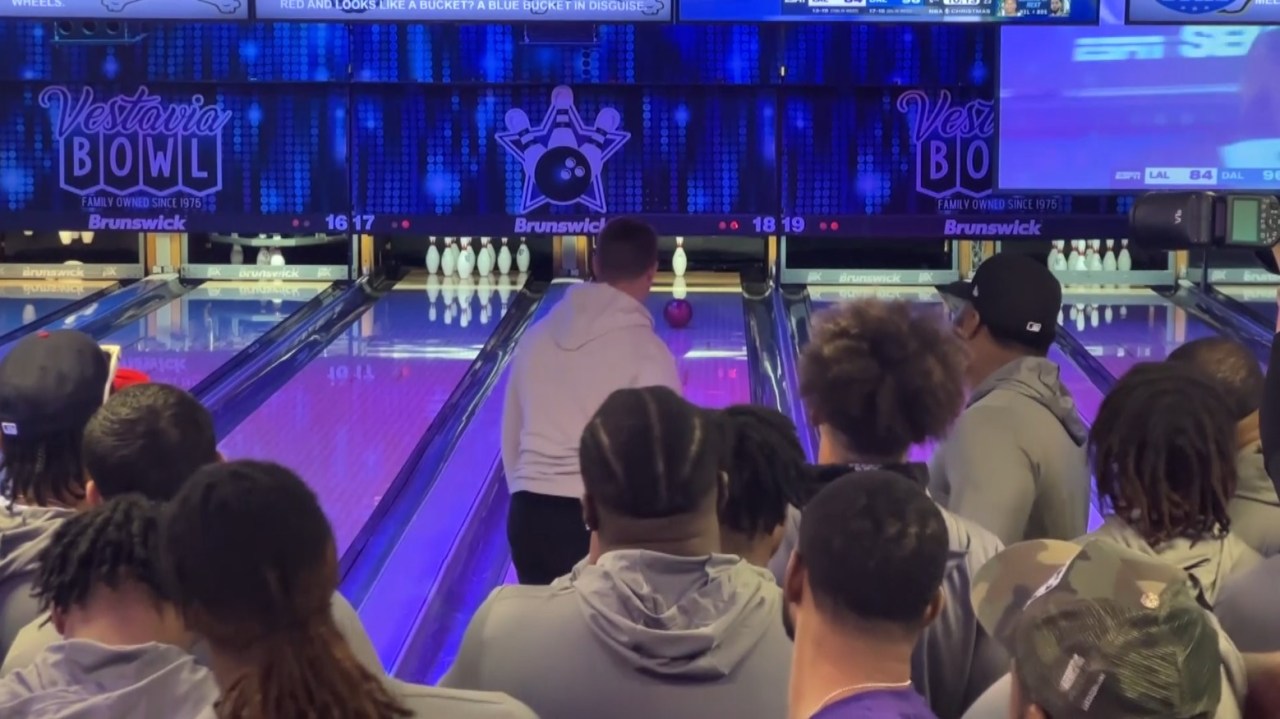 TUSCALOOSA, Ala. (WNCT) — The Birmingham Bowl is Tuesday and the East Carolina University football was busy on Sunday getting ready.

The team wrapped up its second indoor practice and then enjoyed Christmas dinner at a local Brazilian steakhouse. The practice focused on preps for Coastal Carolina while also spending time with the guys. The weather was a little warmer after single-digit temps in Alabama earlier in the weekend.

The Pirates loaded up the buses and headed an hour west to Tuscaloosa Sunday morning for practice at Alabama’s indoor facility. The weekend practices not only gave the team a chance to get better but also experience the home of the 18-time national champion Crimson Tide.

“It was good, you know, just going into an inside facility just looking at things we may have in the future,” said freshman running back Marlon Gunn. “You never know, it’s different facilities. Different from East Carolina, you know. But SEC is different, you know. But it was pretty good. Felt good practicing in an indoor facility.”

After practice, another team bonding experience happened. In fact, ECU and Coastal Carolina got together in Birmingham for some bowling. It was all smiles as the Pirates and Chanticleers mingled and threw some strikes along the way. The team even went head-to-head in a bowling challenge.

Coastal Carolina won that matchup. However, the Pirates will gladly take a bowl victory on Tuesday instead. For all involved, it was a unique way to have some fun on Christmas Day.

“Absolutely. You know, I know there’s a few players from Alabama on each team and so, that’s good,” said Ticketsmarter Birmingham Bowl Executive Director Mark Meadows. “But hopefully their families will get to come up. But for the teams this is a great time to bond and be with each other.”

That time bonding means a lot, especially for some of the younger players who may be away from their families for Christmas for the first time.

“Really Thanksgiving hit me,” Gunn said. “It was like, ‘dang I’m really not going to be with my family.’ But I’m with my brothers so like, let’s go win this game. It all comes with it, the sacrifices you gotta make.”

Both teams meet the media on Monday and fans of both schools will get to have some fun at pep rallies in Birmingham’s Uptown District.

Bowling before the bowl

Tuesday, it’ll be 11 on 11 as Coastal Carolina and East Carolina hit the field for the Birmingham Bowl. On Sunday, it was a six-on-six bowling challenge that took center stage.

It was Jaylen Johnson, Myles Berry and Gunn along with three of the ECU coaches against Coastal. The Chanticleers finished with an 890-692 win.

Berry, a senior, will be playing in his last college football game. He brought up how grateful he was, for things off the field like earning a degree and making friends he considers brothers. On the field, he believes he’s grown as a player into a focal point on the Pirates’ defense and helping lead the charge.