Pele: The only human who defied logic and gravity 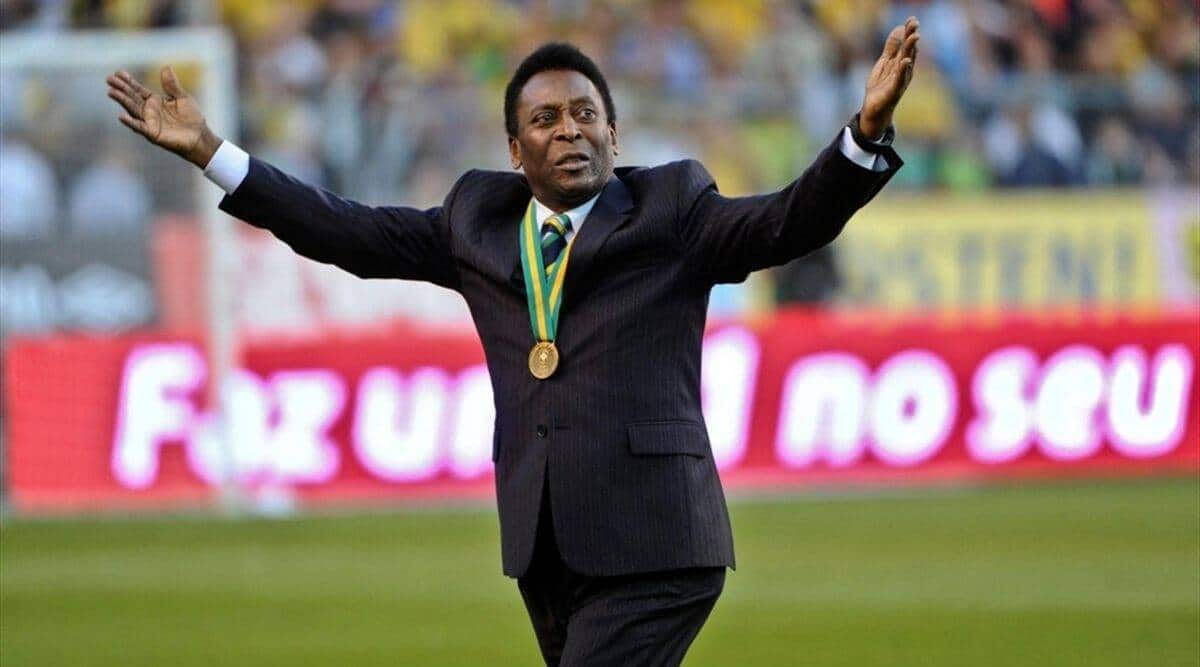 It was, however, digitally recreated based on the legend’s description and other anecdotal evidence. The move began with Santos players charging towards the Atletico Juventus goal.

Pele receives a pass near the opponent’s box. With a short, quick burst, the Santos forward lifts the ball over the head of the first defender with his right leg and weaves past him. Then, he lifts it over two more onrushing defenders. The ball, it seems, is hanging in mid-flight as Pele fools his opponents with a wicked body feint – showing that he’s going left before dropping his shoulder, changing direction and lunging forward between them. And even before the goalkeeper has the time to react, Pele heads the ball past him.

Of the 1,281 goals he scored during his lifetime, Pele called this strike – during a Sao Paulo state league match in 1959 – his ‘best’. “I guess it was my best goal from a technical standpoint,” Sports Illustrated quoted him as saying in 1966. “I can’t say it was my biggest thrill, because it wasn’t important enough. We were ahead 4-0 at the time and we didn’t need a goal that much. But I must admit it was something special.”

Despite no visual evidence, it’s hard to dispute Pele’s claim for the simple reason that he was a rare artist who, with his instinct, intelligence and inventiveness, could make all the tactics and patterns that make the simple sport complex seem redundant.

“Pele was the only footballer who surpassed the boundaries of logic,” Johan Cruyff once said. Cruyff would know. After all, Pele performed the Cruyff turn in 1960, years before the Dutch legend would make the move his own. Just like he executed ‘La Croqueta’ – shuffling the ball at a blinding speed from one foot to the other, before using the second foot to power away from the defender – decades before Andres Iniesta turned it into his signature skill.

Or how Bicicleta do Pele remains the gold standard of bicycle kicks despite thousands of them being scored. “This photo of my bicycle kick, also known as Bicicleta do Pelé, became one of the most important photos of my career,” the Brazilian legend tweeted in 2013, along with the iconic image of him defying gravity to meet the ball at a 90-degree angle mid-air with his back to the goal.

Pele’s goal-scoring record might be a constant source of disagreements and debates. What isn’t disputed is that every trick, every skill that we see footballers execute, Pele did it first.

Such was his natural talent that Pele did it all. He could leave defenders in his wake with his speed and stop dead to leave them flat on their backsides. He would execute the overhead kicks, perform nutmegs, convert free-kicks, score scarcely-believable solo goals, delight the spectators with the chips and flicks over players, and showboat with the rabonas and the rainbows.

It all adds to the myth and the legend of the man, but it’s also documented in those grainy footages from an era that belonged to Pele.

Such was his natural talent that Pele did it all. He could leave defenders in his wake with his speed and stop dead to leave them flat on their backsides. He would execute the overhead kicks, perform nutmegs, convert free-kicks, score scarcely-believable solo goals, delight the spectators with the chips and flicks over players, and showboat with the rabonas and the rainbows.

Theses have been written about the Pele Runaround, a move he first performed against Uruguay during the semifinals of the 1970 World Cup. Tostao played a penetrating diagonal pass, which released Pele on goal. The Brazilian No. 10 saw goalkeeper Ladislao Mazurkiewicz charging out. Pele was first to the ball at the edge of the box but instead of forcing it into the net with his toes or going around the goalkeeper, he let it roll towards Mazurkiewicz’s left while darting the other way himself, encircling the confused custodian.

It was an incredible show of spontaneity, although Pele’s shot, while stretching to meet the ball with his right foot, went agonisingly wide of the far post. “…it would have been so much more beautiful had it gone in,” Pele wrote in his autobiography.

It was a beautiful missed goal, one that showed every bit of ingenuity that defined Pele.

In June 1975, on the day he joined the New York Cosmos, the New York Times attempted to study what made the 5-foot-8 tall player, who weighed around 70 kg, so good. They analysed medical tests, which revealed that when he was training, Pele’s heart used to beat 56 to 58 times a minute, as compared to the heart of an average athlete, which beat 90 to 95 times a minute. His aerobic capacity, the report added, was such that he could repeat a ‘great effort within 45 to 60 seconds’ and his peripheral vision was 30 per cent greater than an average athlete.

In the early 1970s, medical experts studied Pele’s body structure – the parallel feet, and the strong bones in his heels which helped his speed and acted as shock absorbers after a jump or a kick. For weeks, the New York Times added, they examined him, attached wires to his head for readings and measured his muscles before declaring: “Whatever this man might have decided to do in any physical or mental endeavour, he would have been a genius.”

In that sense, Pele was the first modern footballer. He didn’t simply appear to be two steps ahead of the players around him on the field, but he was physically far superior to any of his contemporaries, which explained why he dribbled as if the ball was attached to his feet by strings or shot harder than anyone else in the game at that point.

Yet, he took on defenders fearlessly, combining his brain and muscle to outwit them and score goals. He scored one such memorable goal on March 5, 1961, which was commemorated with a plaque outside the Maracana.

Santos were up against Fluminense at the Maracana, the latter’s home ground. Their goalkeeper Laercio saved a shot from a Fluminense attacker, which helped Santos launch a counterattack. The loose ball fell to Dalmo, who played it to Pele on the edge of his own box. He controlled the ball and pranced forward, gracefully dodging past one opponent, then another… and another, crossing the length of the pitch.

After evading six defenders, Pele came one-on-one with Fluminense goalkeeper Castilho before unleashing a powerful shot that went past the goalie, who was diving full length.

Brazilian newspaper O Globo described the scenes that followed in its report, which was recently reproduced by FIFA. “In their excitement, some of those present felt the goal should have counted double. Indeed, so spectacular was the strike that it drew a standing ovation lasting nearly two full minutes from all the spectators present, even those sporting Fluminense colours, in a phenomenon previously unseen at the Maracana. All the while, Pele was being mobbed by his jubilant teammates.”

It’s a goal most Brazilians consider to be Pele’s best. But like most things Pele, his fan-favourite goal wasn’t captured on camera.