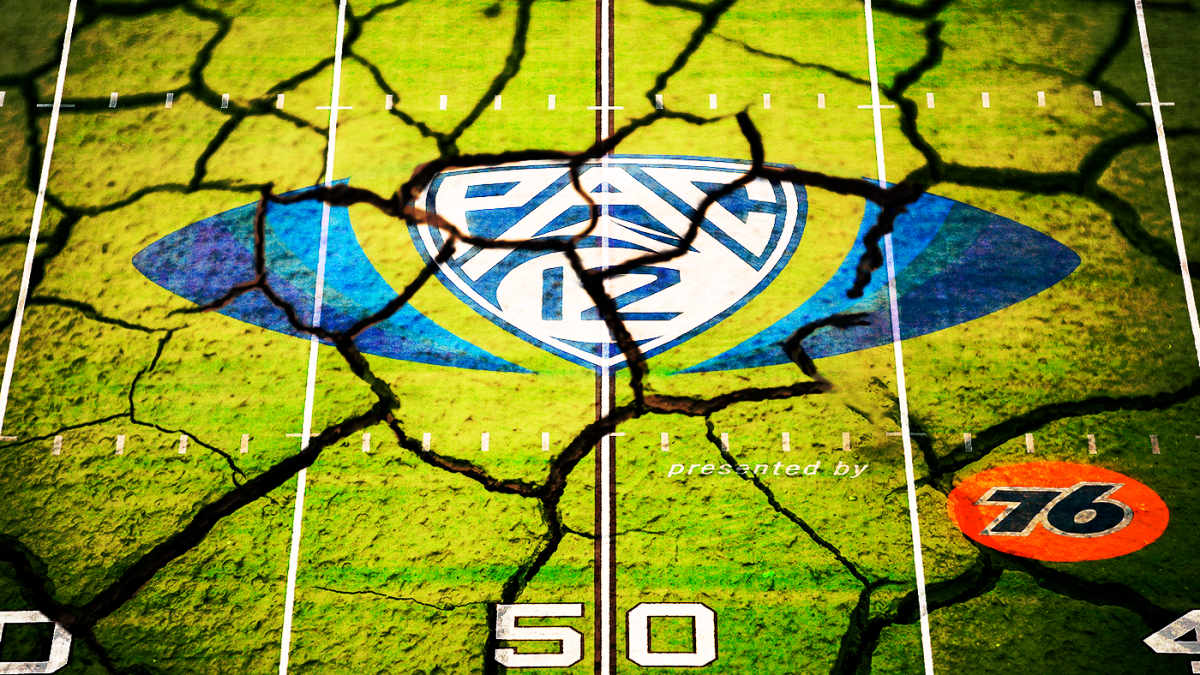 The Big Ten’s continued pursuit of four Pac-12 schools is leading to concern that another round of expansion could collapse the Pac-12, industry sources tell CBS Sports. This as Big Ten commissioner Kevin Warren continues to seek an offer from Amazon, or potentially another partner, for additional Big Ten football media rights revenue.

An offer deemed substantial enough would likely convince Big Ten presidents that California, Oregon, Stanford and Washington would be valuable additions to the league from the Pac-12. That figure is believed to be less than $100 million annually.

If the Big Ten makes such a move, it would almost certainly increase the likelihood the Big 12 is able to get some combination of Arizona, Arizona State, Colorado and Utah from the Pac-12, thus crushing the Pac-12 and hanging Oregon State and Washington State out to dry.

“If that [Big Ten move] happens, I think the other [four Pac-12] schools will want to jump to our league,” said a Big 12 source familiar with the situation.

Without a clear mandate, Big Ten presidents and athletic directors continue to evaluate whether expansion is “financially viable” and potential candidates are a “cultural fit,” conference sources tell CBS Sports. No vote has been taken on expansion at this time.

The Big Ten completed a historic media rights deal last month worth more than $8 billion over seven years beginning in 2023. Amazon reportedly bid more for the Big Ten’s 3:30 p.m. ET and primetime windows compared to other suitors. Those windows went to CBS and NBC, respectively.

If the Big Ten indeed turned down such an offer, the concerns were likely distribution and visibility. Those same concerns would be in play if the Big Ten accepted the four additional Pac-12 schools.

Industry chatter has Oregon State and Washington State moving to the Mountain West if the Pac-12 collapses. At that point, the MWC would replace the Pac-12 as the largest FBS conference completely located in the Mountain and Pacific Time Zones.

Adding to the intrigue, the Big Ten and Big 12 share the same media rights consultant, Endeavor, a global sports and entertainment company.

Since then, officials from Oregon and Washington have met with the Big Ten, according to multiple media reports. Earlier this month, Big 12 commissioner Brett Yormark said, for the first time publicly, he was interested in expanding to the Pac-12 footprint.

“Obviously going out west is where I would like to go — entering that fourth time zone,” he told The Athletic.

Whether the Big Ten expands again, the Big 12 is expected to remain interested in either two or four Pac-12 schools.

The potential for further realignment — following the migration of USC and UCLA to the Big Ten — has caused disruption in the industry.

Publicly, the remaining 10 Pac-12 schools have showed a united front. The league moved up negotiations for a new media rights deal in July. The difference is the Big Ten already has its new deal in place. Signed in August, the media rights agreement further solidified the Big Ten’s top spot in earnings. Beginning in 2023, Big Ten schools are expected to earn an average of $75 million annually.

Meanwhile, the current Big 12 deal with Fox and ESPN doesn’t expire until 2025; however, the Big 12 opened media rights discussions with its partners early and hopes to strike a deal earlier and richer than what the Pac-12 can acquire. The conference reported $46.2 million distributed to each of its schools in the last fiscal year. That includes Oklahoma and Texas, which are due to move to the SEC in 2025 at the latest.

The possibility of a merger between the Big 12 and Pac-12 was ruled out in July. Any combination of Big 12 and Pac-12 programs would not result in a significant revenue increase compared to those teams remaining with their conferences, multiple industry sources stated repeatedly over the last few months.

Big 12 sources pushed back at that assertion saying the league’s next media rights contract — including newcomers BYU, Cincinnati, Houston and UCF — will reflect an increase from the current deal.

It is believed the Big Ten’s current rightsholders, Fox and ESPN, remain opposed to the conference expanding further. It is in the best interests of both networks for there to be a Pac-12, if for no other reason than cost certainty. After losing out on the new Big Ten deal, ESPN aims to acquire games that can be played in the “fourth window” — after 10 p.m. Fox already has games in that window through its agreement with the Mountain West.

The answer? They don’t. At least at first glance. However, Warren’s play may be to get in on the ground floor with Amazon during a time in which when streaming is further catching up with linear cable. That hasn’t happened yet despite Amazon’s NFL ratings success this season with “Thursday Night Football.”

One industry observer compared the level of potentially available content equal to what is currently shown weekly on the Big Ten Network. Think about games like California vs. Rutgers, Northwestern vs. Stanford and Oregon vs. Indiana. (As CBS Sports reported last week, the newest media partner would not get any games involving Michigan, Ohio State or Penn State.)

A different industry critic stressed there is no strategic reason for the Big Ten to expand further. In fact, that person thought expansion might invite lawsuits from slighted programs and possible scrutiny from the federal government.

If the Big Ten and/or Big 12 make a move for Pac-12 programs, the potential collapse of the Pac-12 could come amid FBS commissioners expanding the College Football Playoff. SEC commissioner Greg Sankey is among those who have advocated for CFP expansion to make the sport more of a national game.

The Pac-12 has participated in the CFP only twice in eight years.