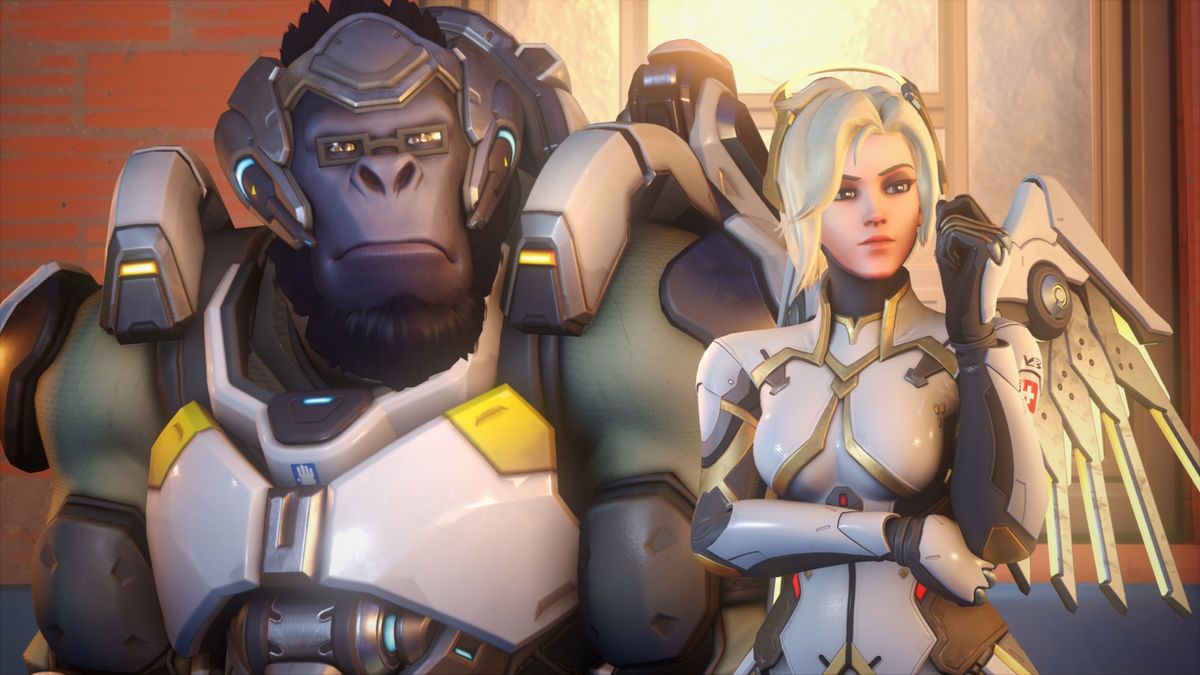 Overwatch (opens in new tab) fans are furious that one of the original game’s promises will be broken in the upcoming sequel.

Blizzard VP and commercial leader on Overwatch Jon Spector responded (opens in new tab) to the listing on Twitter, clarifying that new heroes will be on the “free track of the battle pass” and that Blizzard would share more details before the game’s October 4 launch. Twitter user Dorwulf (opens in new tab) asked Spector if there would be a way to get heroes in future seasons if you missed unlocking them. Spector replied, “We will have free paths to get new heroes in future seasons too,” suggesting that if you miss a hero, they will still be available through new battle passes or other methods.

Overwatch fans have spent the last five days expressing just how much they disagree with this fundamental change to the way Blizzard has released heroes since 2016. Current and lapsed players are almost universally against the idea of the game forcing you to earn a hero before you can play them. Many people cite former Overwatch game director Jeff Kaplan’s promise that heroes will be free in a 2015 video (opens in new tab) before the original Overwatch released. And several memes lambast the news, like this one where the two kids in the game’s animated announcement short ask Tracer if they can be a hero like her, to which she says, “Eeew, no, you’re too poor.”

overwatch players waiting almost 4 years for a new support hero only for her to be paywalled or a battle pass grind if you dont pay. fucking incredible.September 8, 2022

“Overwatch players waiting almost 4 years for a new support hero only for her to be paywalled or a battle pass grind if you don’t pay. Fucking incredible,” Twitter user cursedsirkai wrote.

One of the many top posts about the news on the game’s subreddit is a screenshot of a Blizzard customer service email that says you can refund the Watchpoint Pack before the game’s release (Overwatch 2 is free to play, but the Watchpoint Pack grants $40 worth of cosmetics, currency, and a premium battle pass). Another post from today reports the same thing with many commenters who say they’ve requested refunds as well.

“What I really need is a game that forces me to log in every day for some virtual points to unlock timed goods to make me more engaged!” Reddit user Kaellian complains.

Much of the response comes from a community of players that have been playing a live service game that’s six years old, that came out before live service was even solidified as a business model. Overwatch’s monetization hasn’t changed since then: you pay for the game and get access to everything but cosmetics like skins, sprays, and voice lines—all of which have to be earned via loot boxes. And it’s also a game that remains unique in the competitive shooter space. Apex Legends and Valorant might include ability-based characters that you have to earn or pay for, but they don’t attempt to emulate Overwatch’s team-based, sports-like battles where hero composition often matters more than individual player skill.

pov: you echo copied a hero you dont own pic.twitter.com/0adPwdd0RYSeptember 9, 2022

Overwatch has always put an emphasis on the rock-paper-scissors interaction between its heroes where counterpicks can be the key to victory over traditional skills like aim. It’s common for people to switch heroes mid-match to fix a problem and it’s one of the reasons the game has worked so well as a spectator sport with the Overwatch League. The layer of strategy hero picks add to the game underlines its MOBA and fighting game inspirations: picking Widowmaker to snipe a Pharah out of the sky can cement a win and a surprise Bastion pick can derail a snowballing team.

To lock heroes away, no matter how easy it is to attain them, limits potential strategy and it suggests a significant shift in design philosophy with Overwatch 2. If heroes aren’t available for everyone immediately, the guaranteed back-and-forth metagame of counter-picking is fractured.  If you’re asked by a teammate to swap to a hero and can’t because you haven’t unlocked them yet, as many fans theorize might happen (opens in new tab), that would feel restrictive. In MOBA terms, Overwatch is becoming more like League of Legends and less like Dota 2.

Overwatch 2’s confusing status as a sequel (opens in new tab) that also replaces the original game complicates (opens in new tab) every new modern feature from other shooters that Blizzard bolts onto it. Although a battle pass with heroes might be familiar to FPS players, the decision to add it to a game that once prided itself on the things that made it unfamiliar has left its most dedicated players worried about the direction of the sequel.

Activision Blizzard’s perforated public reception after the last two years (opens in new tab) and Overwatch 2’s opaque development have left players with little reason to trust that decisions like this are made in the interest of players and not for profit. Blizzard will likely release details about the battle pass soon, but the massive amount of skepticism might lead it to rethink its approach.

“So, basically everyone who does not have the time to play enough to unlock heroes in time is effed, thanks,” Reddit user Doppelkammertoaster (opens in new tab) wrote. “As someone else said, it’s all about building the habit of playing the game, forcing it this way, not making a good game that you want to play more.”