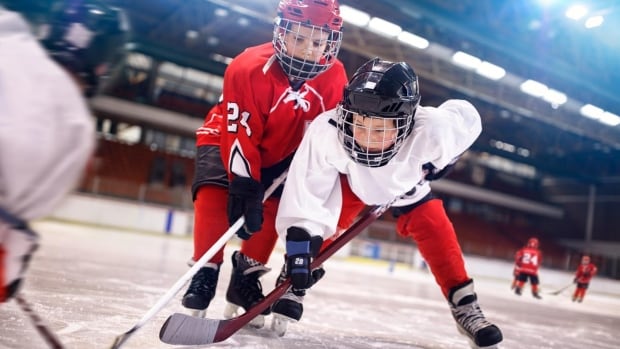 Amid rising concerns about the spread of COVID-19 between players on sports teams in Ottawa, two large sports organizations in the region say they are acting responsibly.

At a media briefing on Wednesday, Ottawa’s medical officer of health, Dr. Vera Etches, reported at least 28 cases of COVID-19 have been linked to both youth and adult team sports. With contract tracing, that number is expected to rise.

Five team outbreaks are confirmed, with another nine under investigation, said Etches.

Hockey is a particular concern, said Etches, but the head of Hockey Eastern Ontario said he would like to review the specific details on the cases.

“We have worked very hard to ensure that our programming is compliant with both [the] province of Ontario as well as the City of Ottawa safety and health guidelines,” said Gary Hopkins, president of the board of directors for Hockey Eastern Ontario.

He said the organization has been following strict protocols including screening players.

Etches said transmission between players is not happening exclusively during games themselves. She warned that players can also spread COVID-19 in locker rooms, if they share food or share a carpool.

It’s also occurring when individuals are involved with more than one team because people still aren’t wearing masks, she said.

“There’s really multiple avenues that transmission can occur. Obviously, participants in our programs are also attending school, they may be involved with other sports programs, they’re interacting with family members [and] potentially going to restaurants,” Hopkins said.

There is a great concern within the organization, he said, and they continue to watch the numbers to see if they need to take further precautions.

He hopes the report from OPH reminds families and players that it’s everyone’s responsibility to stop the spread of COVID-19.

Amateur football is speaking out about sports teams being named as spreaders, saying that football has been following all the rules too.

“We’ve had five clubs run it and I haven’t heard of any reporting of COVID in those clubs.”

Etches said despite the outbreaks she is not recommending any further restrictions on sport.

Marcia Morris with the Ottawa Sport Council explains how the Ottawa sports community is grappling with an outbreak of cases linked to team sports and how teams are adjusting to the new normal. 8:09