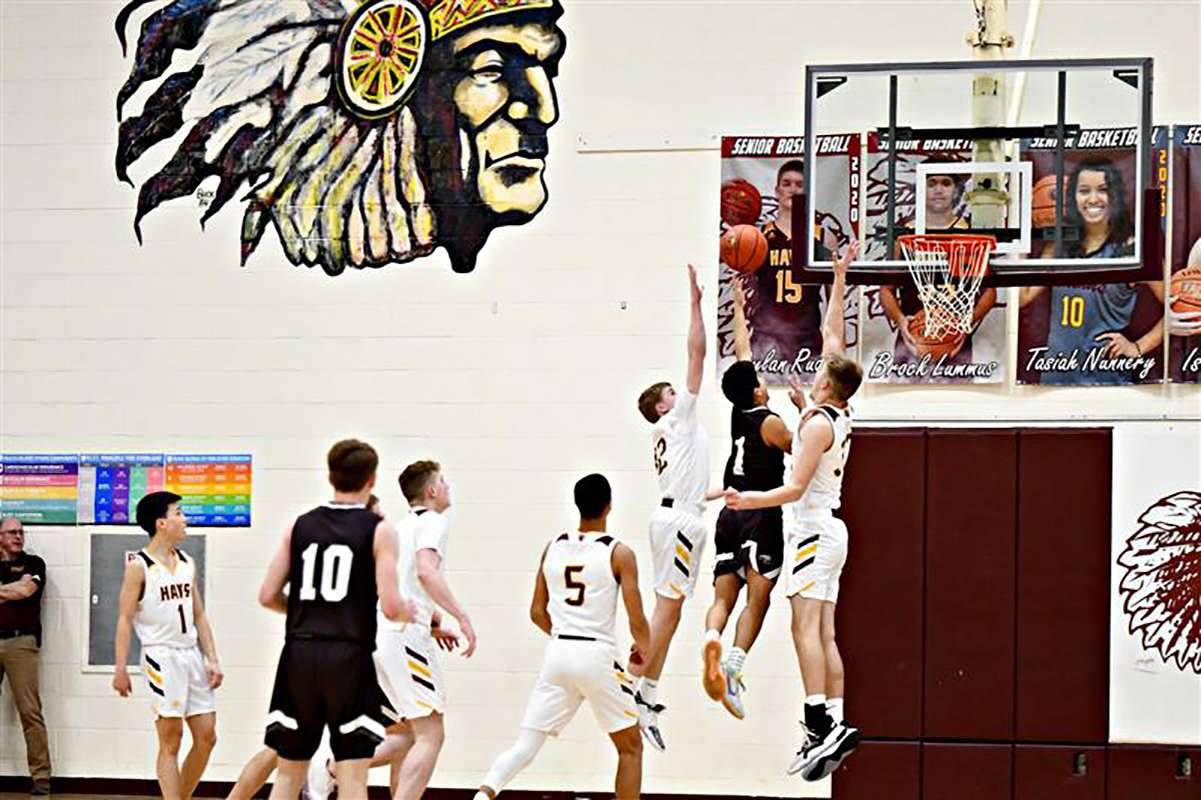 The Hays High School athletic director said the district’s athletic facilities are lagging behind even some 3A districts in the state.

Lance Krannawitter, HHS athletics director, was at the Monday night’s school board meeting updating the members about HHS’s athletics and activities.

He said 3A districts in Kansas are building amazing five-star facilities. He gave the example of Scott City, which has a new facility for basketball and indoor sports. Colby is also in the process of building a multi-million-dollar indoor sports facility for its high school and junior college.

Dodge City has an indoor football, soccer and band facility, as well as outdoor all-weather surface playing and practice fields.

The varsity play at the Fort Hays State University stadium. One of the wishes for the HHS athletic program is its own all-weather turf field. Photos courtesy of Kim Reel Photography https://www.facebook.com/kimreelphotography

“As we move forward and as we look at making improvements in our district, we need to take a hard look at improving those facilities also,” Krannawitter said.

Other items on the district’s athletic facilities needs list is a new softball field and a competition-size gym.

The softball team uses a field at Glassman. Krannawitter said there is some concern about students driving to an off-campus facility. This often involves upperclassmen driving underclassmen to the field.

School board member Tammy Wellbrock asked if there is a way to calculate the potential loss of income to the community becuase the school district is unable to host events because of the district lacks appropriate facilities.

Wellbrock said it was not just athletic events the community has not been able to host, but also other activities. The district wanted to host a regional student council event, but could not because HHS’ auditorium was too small.

Wellbrock wanted the district to start documenting the lost potential. Krannawitter said he could do that. He also said he thought including the Hays Recreation Commission in that analysis would be significant.

Krannawitter cited the example of a large softball tournament that was rained out in the recent past. Many of the teams did not rebook that tournament. If Hays had an all-weather field or fields, play could have continued.

“Sports and activities are one of the better avenues to bring money to the area, and we are talking about outside money, not just recirculated currency within your own community,” he said.

Wellbrock added, “And it keeps our community here versus going to another community.”

HHS has an average of 650 athletic participants annually out of about 850 students. Some of those are individuals who participate in multiple sports.

Sports is a high-maintenance aspect of high school and middle school, Krannawitter said. He highlighted several HHS athletic capital projects that have been recently completed and several more that the district would like to complete.

HHS put a new competition-level volleyball system in its gym A last summer. The school plans on putting in a new pull system that will run length-wise of gym A.

This will allow the school to meet the minimum attendance requirements to host volleyball substate. The district will be able to pull out both sets of bleachers so it can get more people into the gym to watch matches.

The school is also looking at putting a volleyball system in gym B.

A new tennis serving machine has been purchased, and new lockers have been installed in the wrestling locker room.

At the end of the wrestling season, the school will purchase a new wrestling mat.

A few years ago, the district also implemented a uniform rotation schedule.

The school is also considering expanding its trophy cases as it is running out of room. The school would also like to add a trophy case or kiosk to highlight the HHS Hall of Fame.

Krannawitter said the district is going to need to make improvements to its tennis courts in the near future.

“We have some surface cracking taking place and it is going to be very difficult to host events and have our kids practice on courts that have difficult surfaces to play on,” he said.

The HHS gym floor has dead spots. The surface is worn to the point that a ball will not bounce back if it hits one of the dead spots, Krannawitter said.