Oregon sports fans can return for outdoor events such as Portland Timbers, Thorns games, but with capacity limits 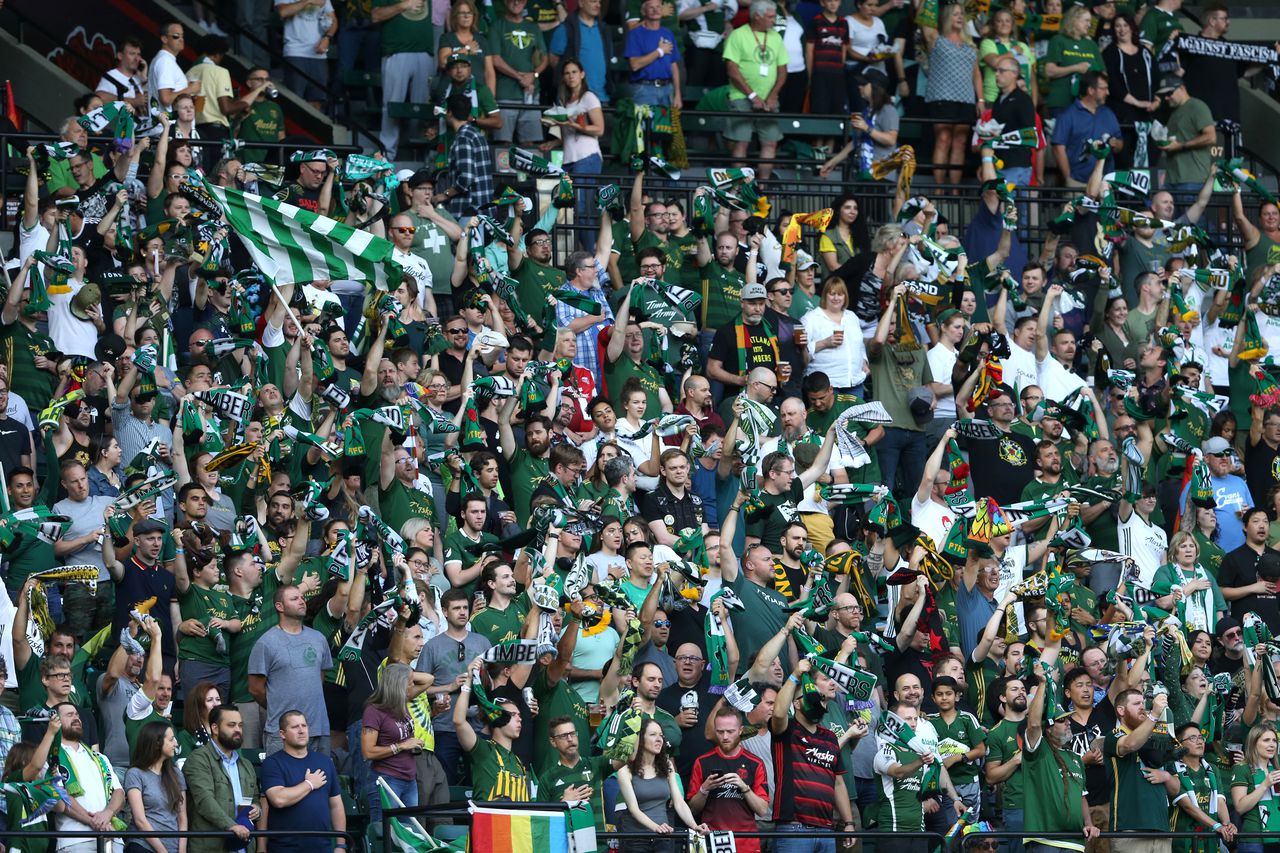 Oregon sports fans can begin attending outdoor events such as Portland Timbers and Portland Thorns games, though with capacity limits.

New Oregon Health Authority guidelines released Wednesday allow for fans to return at all levels of outdoor sporting events at the following capacity percentages, based on a county’s risk level:

“We are just so hungry to see our fans back,” Timbers and Thorns president of business Mike Golub told reporters. “It’s going to be a momentous day.”

Timbers and Thorns owner Merritt Paulson said in a statement: “As we enter a period of great optimism with falling COVID-19 rates and increased vaccine deployment, the protection of our fans, staff and players remains our top priority and we will diligently follow all public health protocols to ensure our plan is executed safely. It will be a special moment to have our fans back in the stands on April 9 and we hope that on the current trajectory, we will be able to safely increase capacity throughout the summer.”

The Thorns begin their season April 9 versus FC Kansas City in their first match of the NWSL Challenge Cup. The Timbers on April 13 play C.D. Marathón in a CONCACAF Champions League match. The Timbers’ MLS home opener is April 24 against Houston.

Golub, who said they worked with a Barcelona-based company to develop a plan to accommodate fans safely, said fans would sit six feet apart, be divided into pods and separated by rows.

Tickets, Golub said, will be distributed based on the seniority of season ticket holders who will be given the opportunity to opt-in for tickets. But they likely won’t sit in their normal seats or even in their regular sections because the stadium seating will be reconfigured to meet safety protocols.

“We think that’s a cool thing because I think some people will want to try different areas, different parts of the stadium,” Golub said.

Golub said he expects demand to exceed available tickets given that the Timbers have over 19,000 ticket holders and the Thorns have about 12,000.

“Those who don’t get the first crack at game 1 will have access to game 2, and so on,” Golub said.

If the ticket supply is not filled by season ticket holders then tickets would be made available to the general public to purchase. But Golub said he doesn’t anticipate that being a reality.

Safety protocols will mirror those that have been in place across the country, Golub said.

Plans include being cashless, mobile ticketing, sanitation stations, staggered entrances and exits. Concessions will be available. There will be a clear bag policy to expedite screening at entry points.

Golub said the hope is that allowed capacity will increase as the pandemic lessons.

“The state has been really great to work with,” he said. “They obviously understand the importance of performing arts and live event venues, and bringing fans back.”

The benefits include economic impacts, Golub said, as well as providing an emotional and psychological lift to the city that will only increase when more fans are allowed.

“We hope that this is the first step,” he said.

Last, but certainly not least, Golub said he expects a Timbers Army presence.

The Thorns’ match will be the first fan-attended major professional sporting event in Oregon since March 10, 2020, when the Portland Trail Blazers hosted the Phoenix Suns. The next day, the COVID-19 pandemic began shutting down the sports world.

The Blazers have submitted a limited-capacity plan to the OHA and government officials and are awaiting further guidance.

“Our plan is comprehensive and we are confident we can host limited numbers of fans safely in Moda Center and the (Veterans Memorial Coliseum),” Chris McGowan, President/CEO Portland Trail Blazers, said in a statement. “We are optimistic that this approval will come soon.”