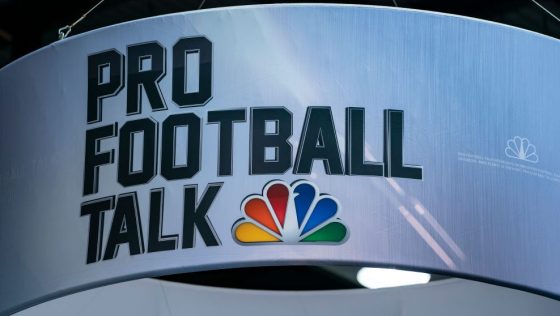 The news that NBCSN will wind down by the end of the year was met by some with confusion and surprise (and, in a few cases, superfluous condolences). After all, NBCSN finished second only to ESPN’s primary network in sports cable ratings in 2018. But for the postponement of the Olympics, NBCSN would have landed in that same spot in 2020.

So why pull the plug on a profitable five-letter sports network? It’s part of a strategy focused on growth and expansion, not shrinkage and surrender.

USA Network most likely will emerge as a force akin to TNT, with a blend of sports and non-sports programming. Already in six million more homes than NBCSN, the shifting of certain sporting events to USA Network instantly elevates their profile and enhances the standing of USA Network.

Then there’s Peacock, the still-new streaming service that continues to grow, thanks in large part to the exclusive presence of all nine seasons of The Office — along with extended episodes for the entire third season, and more seasons of extended episodes to come. Last August, the live edition of PFT Live moved from NBCSN to Peacock as part of this transition to a model that provides access to plenty of sports-based shows (like PFT Live and its afternoon component, PFT PM) for free, with no cable or satellite packages necessary.

That’s where the live PFT Live show has been for months, and that’s where it will continue to be. It also will be available for re-air at your convenience.

For those who don’t want to pay for another streaming service, much of the content on Peacock (including the Sports channel with PFT Live, The Dan Patrick Show, The Rich Eisen Show, Brother From Another, PFT PM and more) is free. For $4.99 per month, the premium content (including all of The Office and much, much more) can be unlocked. For $9.99 per month, it all can be consumed without commercials.

If you do, keep Peacock and ditch one of the other ones. If you don’t, you can still keep the free level of Peacock, including the free access to our shows.

You also can hear PFT Live and PFT PM live on SiriusXM 211. You can download the podcasts wherever you get your podcasts. You can see clips of the show on YouTube. Or, if you’re reading these words, you’ll see plenty of chunks of video attached to most if not all of the stories posted here at PFT.

We haven’t forgotten our curiously strong following in the UK and Ireland. PFT Live still will air on Sky Sports NFL at 7:00 p.m. local time. Every Wednesday, PFT PM is currently televised live at 10:00 p.m. local time. (If you want more nights, get more people to watch it on Wednesdays.)

So the content still exists, and it’s far easier to access than some would suggest. If you have any issues or questions at all about Peacock (and I know I’m going to regret this but what the hell?), let me know.