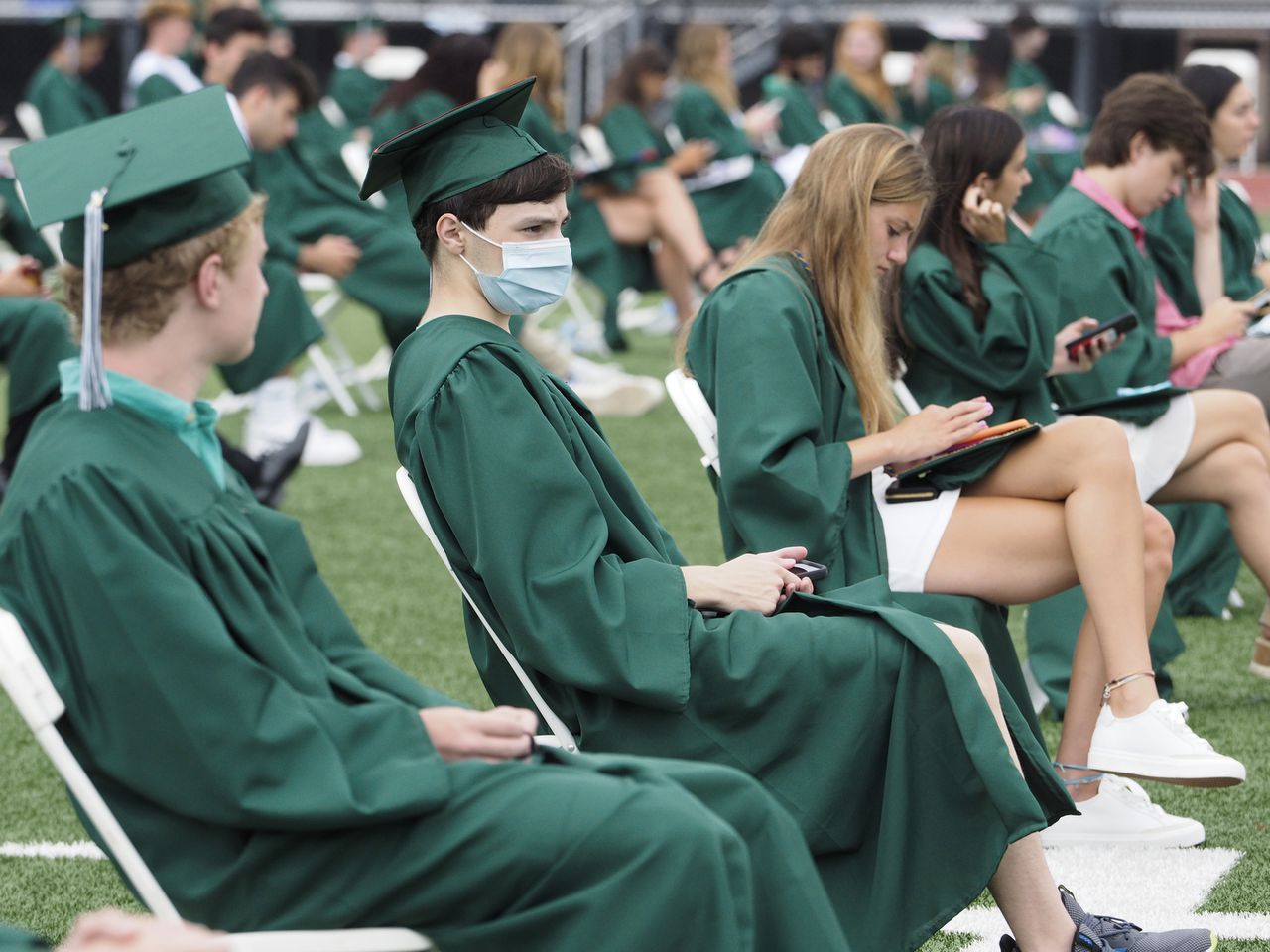 New Jersey’s size limit on outdoor gatherings will increase from 200 to 500 people in two weeks, while capacity limits for large outdoor sports and entertainment venues will rise to 50{066dbc63777e5ed549f406789d72fdeebd77a32711d57f7b38ff2b35c4ba2a42}, Gov. Phil Murphy announced Monday as he revealed a series of new steps to gradually ease coronavirus restrictions now that the state’s numbers are improving.

The bump in the outdoor gathering limit will allow for larger graduation ceremonies for colleges and high schools.

Murphy — who teased in recent days that Monday would bring “major” reopening news — said the changes will take effect May 10.

He also announced indoor catered events in the state, such as weddings and proms, will be able operate at 50{066dbc63777e5ed549f406789d72fdeebd77a32711d57f7b38ff2b35c4ba2a42} capacity, with a maximum of 250 people, starting that day. Dancing will be allowed at those events, though masks and social distancing will be required.

In addition, Murphy hinted he could make further reopening announcements in the coming weeks if the state’s COVID-19 numbers continue to improve and as more residents get vaccinated.

“Looking at the trend in our numbers over the past weeks, we fully expect to continue our streak of announcing expansions and sticking to them,” the governor said at his latest coronavirus briefing in Trenton.

That would allow for larger audiences at outdoor events like concerts, Giants and Jets games, college football games, and high school sporting events.

The governor added that the federal Centers for Disease Control is currently reviewing its outdoor guidelines, and New Jersey will “be prepared” to relax the six-foot requirements “should the CDC move in that direction.”

Both the state Department of Education and the Office of the state Secretary of Higher Education issued guidelines Monday afternoon about how proms, graduations, and other year-end school events can proceed.

Plus, Murphy said the state will issue guidance Wednesday on how both day and overnight camps can operate this summer.

He noted the state hopes to increase the outdoor gathering limit again — “perhaps substantially” — by Memorial Day if the numbers keep improving.

“So everyone should look at this 500-person limit as a new floor,” the governor said.

Murphy stressed that despite these changes, New Jersey’s outdoor mask mandate will remain in place. People are required to wear face coverings outdoors when in public if they cannot practice social distancing.

Monday’s announcement does not include increased capacities for indoor stores, gyms, casinos, movie theaters, and dining at restaurants in the state, which will remain limited to 50{066dbc63777e5ed549f406789d72fdeebd77a32711d57f7b38ff2b35c4ba2a42}. Murphy noted that outdoor dining is not subject to any capacity limits, as long as they keep groups 6 feet apart.

Asked when restaurants can see indoor dining limits increase, Murphy said: “If the numbers keep going like they’ve been going, all I will say it will be sooner than later. I don’t have any news to report on that front.”

The governor said the upcoming steps are possible because New Jersey’s coronavirus numbers have improved notably in recent days, despite officials warning less than a month ago that a third wave of the pandemic was hitting the state. Officials have said the virus is far less easily transmitted outdoors than indoors.

“We are doing this both because we are expecting the downward trend to continue over the next two weeks, and because we want to give businesses the ability to plan ahead and fully prepare,” Murphy said.

While other states have either lifted most COVID-19 restrictions or, like neighboring Connecticut, announced plans to do so, Murphy has said he will continue to reopen New Jersey incrementally and not in one fell swoop. He has warned that the state needs to be careful because it’s the most densely populated in the U.S.

But some Republicans were disappointed in Monday’s news, arguing Murphy, a Democrat, is still moving too slowly to lift restrictions nearly 14 months into the pandemic. State Sen. Steven Oroho, R-Sussex, said the governor “doesn’t seem to understand that people are sick and tired of ‘reopening’ announcements that don’t include an actual reopening.”

“There’s nothing ‘major’ about being meek, especially when other states across the nation have rescinded their limits in full and are getting back to living,” Oroho added.

Former state Assemblyman Jack Ciattarelli, the favorite for the Republican nomination to challenge Murphy in November’s governor’s race, said Monday’s news conference was “nothing but more political theater,” without a timeline to fully reopen the state.

“The people of New Jersey see through this nonsense and they are tired of it,” Ciattarelli added. “They deserve a real plan for a full reopening, with real timelines and an end to limitless executive orders.”

In all, more than 6.6 million vaccine doses have been administered in New Jersey, with more than 4 million people receiving at least one dose.