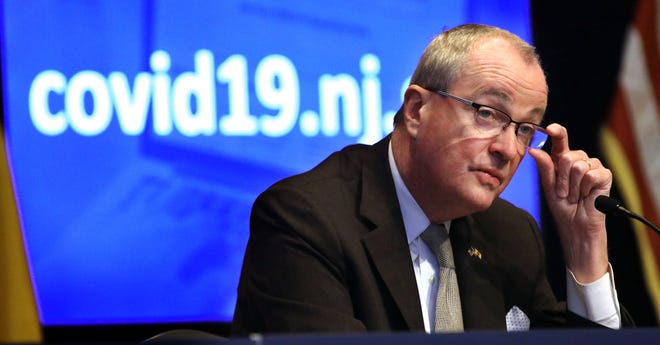 Two parents or guardians will be allowed per athlete under the age of 21. The order will go into effect immediately. No other spectators can attend, Murphy said.

“New Jersey’s children and families have had a difficult year,” Murphy said in a statement.

“The step we are taking today will allow parents to attend sporting events and practices, and will restore a much-needed sense of normalcy for our young athletes. I know that we can move forward safely and I am pleased to know that parents will soon be cheering their kids on.”

Now what? Parents can now cheer at games, but when will kids go back to class?

The loosening of restrictions comes at the halfway point of the boys and girls basketball seasons and just ahead of the Tuesday start of the swimming and winter track and field seasons.

Murphy opened his Friday afternoon coronavirus briefing, which took place via livestream, by addressing the issue.

“Parents, especially those of our senior athletes, have been anxious to get back into the stands to cheer on their student-athletes in what may, for many, be their final season of competition,” he said.

“And as our metrics in hospitals and elsewhere continue to trend more positively for us, we feel confident in being able to allow them to do so.”

Murphy did give school districts some wiggle room as to when they can implement the policy.

“School districts retain the ability to be stricter and not allow any spectators should they choose,” Murphy said. “They can also choose when to implement this new spectator policy if they don’t feel they are ready to do so immediately for this weekend’s games.”

The Northwest Jersey Athletic Conference, which includes most Morris and Sussex county high schools, urged member schools to admit spectators by Monday. Rockaway Lanes and Sparta Lanes, the host sites for bowling, will admit at least one parent or guardian for each senior athlete. NJAC pools will not admit spectators.

The Point Pleasant School District will also wait until next week to allow spectators to attend.

“In light of this modification, Point Pleasant School administrators will conduct a thorough review of the directive issued by the Governor over the weekend and revise, where appropriate, the district’s current policy on attendance of spectators at interscholastic events with all proper safety protocols addressed and in continued compliance with the Department of Health’s guidelines. The revised plan will be shared with you on Tuesday, February 16, 2021,” Point Pleasant Superintendent of Schools Vincent Smith said in a letter to parents and guardians posted on the school district’s website.

Raritan High School also announced on Twitter it will not allow spectators at games before Monday.

The governor announced Wednesday that one of his own family members had tested positive for the coronavirus, and though his own test came back negative, he temporarily stopped in-person briefings.

“I urge everyone to take the proper precautions,” Murphy said. “No one wants to reverse course on this, but should we see trouble spots, we will have no choice and will respond as needed.”

“[The] NJSIAA welcomes the governor’s executive order, which provides an opportunity for limited spectators to attend high school sporting events. We hope this order marks another positive step in the return to play. At the same time, we urge parents to give our member schools time to review the governor’s order and determine both overall feasibility and a specific process for increasing occupancy as outlined.”

A previous executive order from Murphy had not allowed fans to attend games if the number of athletes, coaches, officials and essential school personnel exceeded 25.

Scholastic, youth and adult recreational indoor sports games and practices were on hold for most of December, but Murphy allowed participation — with limits on spectators — to resume in early January.

The winter scholastic sports season began Jan. 15 with ice hockey. The basketball and bowling seasons got underway on Jan. 26. All three sports will conclude on March 6.

Murphy said on Jan. 25 that there was a chance he would allow parents of seniors to attend games before the winter sports season ended.

Since then there has been a lobbying effort to change Murphy’s mind, including a petition to him and the NJSIAA that got more than 8,000 signatures, and a letter to Murphy, the Department of Health and the NJSIAA from Shore Regional High School principal Vin DalliCardillo.

RIVALRIES:What are the best HS football rivalries in NJ? Take our survey

DalliCardillo’s letter, which ran on the Op-Ed page of the Jan. 17 Asbury Park Press, had requested that each school district be allowed to determine how many fans in a safe manner to let in their gyms

The wrestling, girls volleyball and gymnastic seasons are scheduled to begin March 16.

A couple of weeks ago, the Devils and Seton Hall both started allowing immediate family members of players and coaches to attend home games at Prudential Center. The Devils have only played one home game since that decision, though, as the team is sidelined with 19 players in COVID protocol.

Murphy’s announcement returning sports spectators to the bleachers comes just more than a week after he announced loosening of limits on indoor activities.