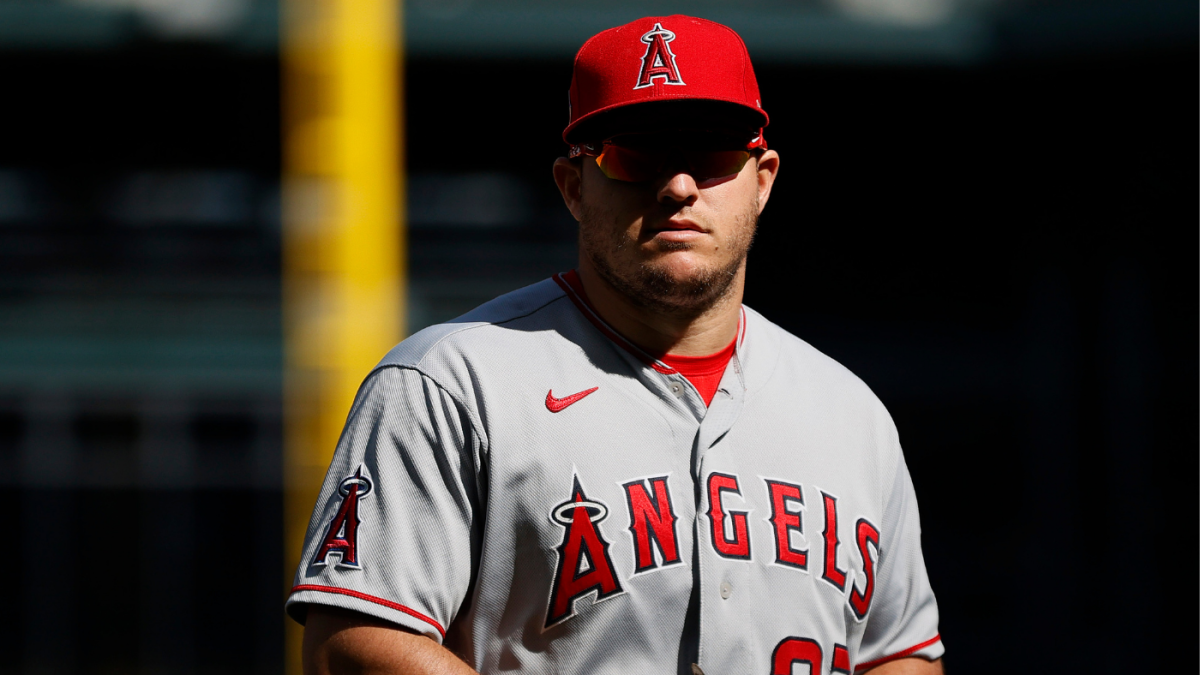 The Los Angeles Angels will be without star outfielder Mike Trout for up to two months after the three-time AL MVP suffered a right calf strain while running the bases against Cleveland on Monday night. On Tuesday, the club announced that Trout had been placed on the 10-day injured list and that his estimated timeline for returning to game action is 6-8 weeks.

Trout, perhaps sensing that he was seriously hurt, was visibly frustrated at the time of the injury and slammed his helmet when he got back into the dugout. Here’s the video:

Earlier this year Trout, 29, missed three games after being hit in the elbow by a pitch. He is having another MVP season, with a 2021 slash line of .333/.466/.624 and eight home runs in 36 games. However, losing perhaps two months of playing time will likely remove him from the MVP discussion while also likely putting an end to the Angels’ hopes for contention in 2021.

While Trout was highly durable earlier in his career, injury issues have plagued him in more recent seasons. This marks the third time he’s bee on the IL in his career. In 2017, he missed a month and a half with torn thumb ligaments, and in 2018 an inflamed right wrist cost him significant time. Along the way, he’s also been limited by hamstring, calf, groin, and foot injuries that cost him games without necessitating a roster move. In September of 2019, foot surgery caused him to miss the final two weeks of the season. From 2017-19, Trout averaged 129 games played per season, and in the abbreviated campaign of 2020 his workload scaled to 143 games played across the usual 162, and that of course doesn’t reflect the fatigue and physical decline inherent in a full six-month regular season.

It’s fair to say Trout is no longer a highly durable player, and that affects how we should view the remainder of his peak and eventual decline phase. Accordingly, it should affect how we project his eventual career numbers when it comes to counting statistics like home runs, hits, and even WAR.

Listen to Wednesday’s Nothing Personal with David Samson for more on Trout’s injury:

At 18-22, the Angels are in fourth place in the AL West. They trail the first-place Oakland A’s by six games going into Tuesday’s slate. At this writing, the SportsLine Projection System gives the Angels just a 2.3 percent chance of making the postseason. Remove Trout’s excellence from the mix, and that already low figure is down to 1.4 percent, per SportsLine. Infamously, Trout has made the postseason only once, back in 2014, and that resulted in a three-game sweep at the hands of the Royals.

The Angels have turned over the front office multiple times in Trout’s career, but no GM has been able to surround Trout with a reliably successful supporting cast. As he heads toward his thirties and the Angels once again look like playoff longshots, it’s fair to wonder when he’ll ever get back. That’s especially the case in the AL West given that the A’s and Astros are much better positioned in the near- to mid-term, and the Mariners look much stronger in the long-term.

Trout is as great as ever when he’s in the lineup, but the unfortunate narratives that have dogged him in recent years — the increasing penchant for injury and the Angels’ inability to capitalize on having the best player in baseball on the roster — don’t appear to be going anywhere.