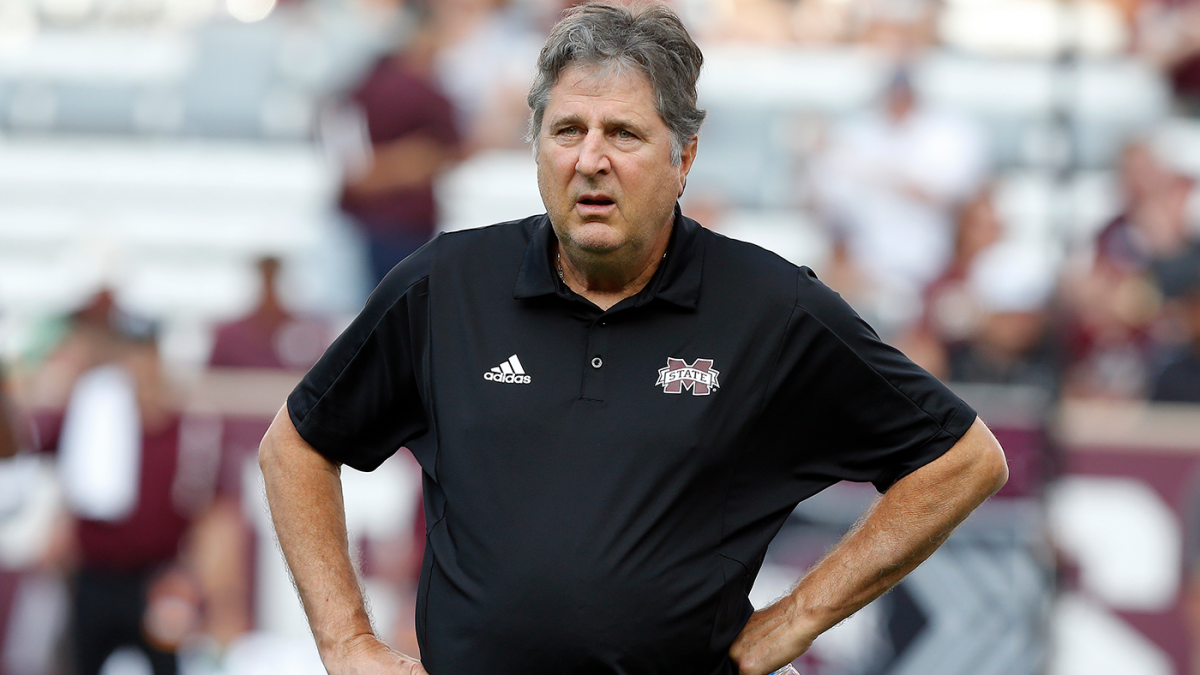 Veteran college football coach Mike Leach, 61, died Monday night following complications from a heart condition. Leach, who led Mississippi State since 2020, was transported to the University of Mississippi Medical Center in Jackson on Sunday to receive treatment for a medical incident suffered in his home.

Leach was last seen in public Saturday night at a local holiday party.

The Leach family released a statement on his passing Tuesday morning through the school: “Mike was a giving and attentive husband, father and grandfather. He was able to participate in organ donation at UMMC as a final act of charity. We are supported and uplifted by the outpouring of love and prayers from family, friends, Mississippi State University, the hospital staff, and football fans around the world. Thank you for sharing in the joy of our beloved husband and father’s life.”

Acclaimed as the architect of the innovative and record-setting “Air Raid” offense alongside Hal Mumme, Leach was a three-time national coach of the year and three-time Power Five conference coach of the year. He won a pair of Power Five division titles and led his teams to 19 bowl games during his 21-year head coaching career.

A high school football player who spent five years competing in rugby at BYU (1979-83), Leach earned a master’s degree from the U.S. Sports Academy and his Juris Doctor from Pepperdine University before taking over offensive line responsibilities at Cal Poly in 1987. He rose to prominence developing the Air Raid as Humme’s offensive coordinator at Iowa Wesleyan (1989-91), Valdosta State (1992-96) and Kentucky (1997-98) before branching off to join Bob Stoops’ staff at Oklahoma in 1999.

Proving his record-setting Air Raid offense viable at two major programs, Leach earned his first head coaching job at Texas Tech in 2000. His decade-long career with Red Raiders — in which he compiled an 84-43 record with 10 straight bowl appearances while becoming the winningest coach in program history — came to an abrupt end when he was ultimately fired during an investigation into alleged inappropriate treatment of a player.

After two years out of the game, Leach reemerged at Washington State in 2012 and similarly turned around the Cougars with winning seasons in four of his final five campaigns, including an 11-2 mark in 2018.

Mississippi State hired Leach away in 2020, a month after rival Ole Miss brought in Lane Kiffin as its coach. The Bulldogs went 15-10 in his last two seasons with Leach compiling a 158-107 overall record as a head coach at the collegiate level.

“Coach Mike Leach cast a tremendous shadow not just over Mississippi State University, but over the entire college football landscape,” said Mississippi State University president Mark E. Keenum. “His innovative ‘Air Raid’ offense changed the game. Mike’s keen intellect and unvarnished candor made him one of the nation’s true coaching legends. His passing brings great sadness to our university, to the Southeastern Conference, and to all who loved college football. I will miss Mike’s profound curiosity, his honesty, and his wide-open approach to pursuing excellence in all things.”

Leach’s 158 wins ranked fifth among active Power Five coaches at the conclusion of the 2022 season, and his Air Raid offense allowed his teams to lead the FBS in passing across 10 of the 21 seasons in which he was a head coach. He coached seven 600-yard passing games in his career with seven different quarterbacks leading those performances.

The success of Leach’s Air Raid extended far beyond the programs he led. The branches of his coaching tree are extensive as Dave Aranda (Baylor), Neal Brown (West Virginia), Sonny Cumbie (Louisiana Tech), Sonny Dykes (TCU), Dana Holgorsen (Houston), Kliff Kingsbury (Arizona Cardinals), Lincoln Riley (USC) and Ken Wilson (Nevada) — among many others — all coached under him at one point.

“There is no way I would be where I am today if not for Mike Leach and everything he taught me about the game,” said Kingsbury, who played quarterback for Leach at Texas Tech and eventually succeeded him four years after Leach’s dismissal with the Red Raiders. “Truly one of the most innovative minds in football, he was more than a coach. He was a mentor, a friend and one of the most special people I’ve ever met. My heart goes out to Sharon, the Leach family and everyone who had the privilege of knowing and loving him. Our sport was better because of Mike Leach and is far less interesting without him.”

Riley, also a Texas Tech QB under Leach, has seen the most extensive success of any assistant by coaching three of the last six Heisman Trophy winners (Baker Mayfield, Kyler Murray, Caleb Williams) to go along with three College Football Playoff berths at Oklahoma.

“You will certainly be missed, but your impact on so many will live on,” Riley wrote Tuesday on Twitter. “Thankful for every moment. You changed my life and so many others. All of our prayers are with Sharon & the Leach family. Rest In Peace, my friend.”

Beyond his on-field accomplishments, Leach emerged as one of the most notable characters in college football across the last two decades since becoming a head coach.

He was affectionately nicknamed the “Pirate” — for his swashbuckling style when it came to innovating on the field, his willingness to speak on any subject without a filter (at times bucking political correctness), and his “Swing Your Sword” mantra used to ready his teams to go into battle on the gridiron.

Leach was an academician, educator and history buff who seemed to know something about everything and was happy to dive into any subject at a moment’s notice. Beyond playing well on the field, the student-athletes on his teams frequently graduated at high rates.

Leach authored two books: a 2011 autobiography, “Swing Your Sword: Leading the Charge in Football and in Life,” that became a New York Times best-seller and “Geronimo: Leadership Strategies of an American Warrior” in 2014. He also taught a five-week course at Washington State in 2019: “Insurgent Warfare and Football Strategies.”

Leach will surely be remembered for his unique style on and off the field, just as much as his ability to get the most out of his teams. His impact on college football over the last four decades was immeasurable.

CBS Sports will update this story if additional information is made available.