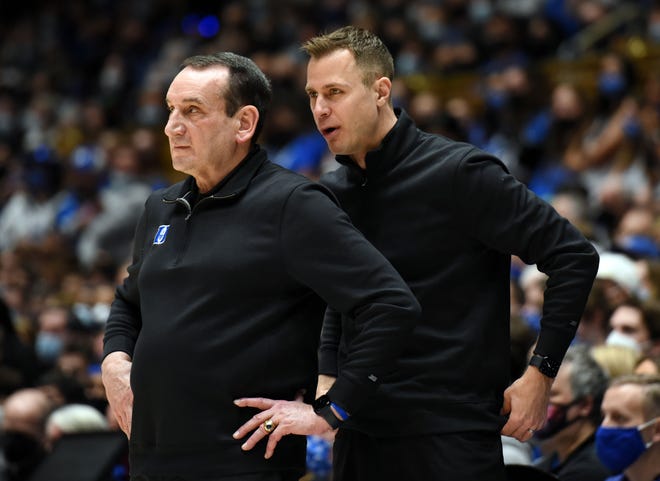 DURHAM, N.C. — Mike Krzyzewski returned to the bench in his penultimate game at Cameron Indoor while No. 5 Duke took sole possession of first place in the ACC with a commanding 88-70 win over Florida State.

Coach K missed the second half of Tuesday’s 76-74 win over Wake Forest after nearly passing out on the way to the locker room at halftime where he received IVs and was unable to return. He was back at practice Thursday.

“I’m glad I made it until the end of the game. It’s about time. They pay me to do the whole game, not portions of it,” the 75-year-old Krzyzewski joked postgame. “It’s basically exhaustion and nothing else. But I feel great.”

According to ESPN, Krzyzewski said he hadn’t adjusted his habits during Duke’s recent stretch of five games in 11 days, which wore him down.

“We get back to more of a normal schedule now, so I think I’ll be good. I’m trying to be good.”

All five of Duke’s starters finished with double-digit scoring along with reserve forward Joey Baker, who scored all 12 of his points in the first half during a preview of what’s to come next month when Coach K graces the Cameron sideline for the last time against rival North Carolina.

“You can’t really explain it, but you can feel it,” Baker said.

It began with the entire crowd singing along during the national anthem and crescendoed in the final moments when Coach K’s grandson Michael Savarino hit the last shot of the game. Duke royalty littered the crowd including Mike Dunleavy, Danny Ferry, Sheldon Williams, Tyrus Jones and younger brother Tre Jones with 2-year-old daughter Zara in tow —  precursor to the madness that awaits March 5 when Krzyzewski takes his final bow on a court that bears his name.

“It’ll be emotional — the last game here,” Coach K said. “Some of these games have (already) been a little emotional for me. Even today with all the crowd, you want to savor that feeling because you’re only going to be able to walk out on that court one more time and have that feeling. It makes me understand how lucky I’ve been to do it hundreds of times.” 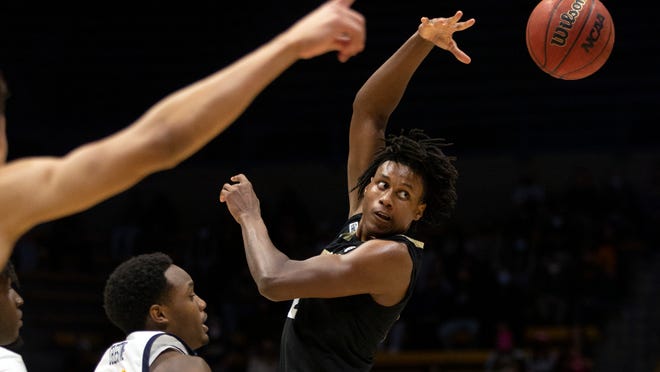