MASN cuts were made ‘against our wishes’ 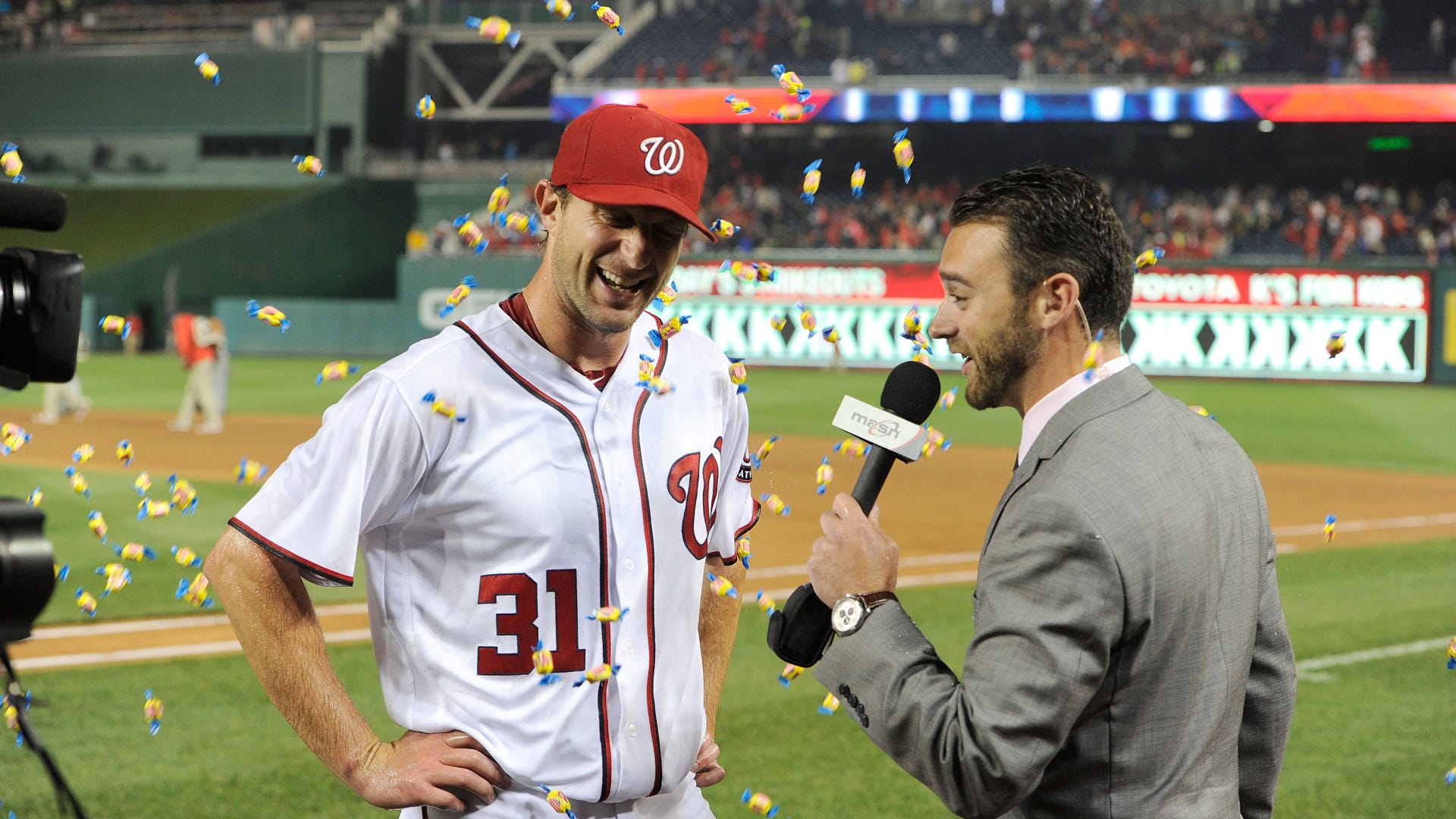 As part of its budget cuts, MASN is eliminating its pre- and post-game coverage for both teams, as detailed extensively in a report from Britt Ghiroli in The Athletic on Friday. Now it appears those cuts will also include parting with Nationals broadcasters Dan Kolko, Bo Porter and Alex Chappell.

MASN made no mention of the broadcast trio in a release announcing its new streaming app on Monday. It did say that Bob Carpenter, F.P. Santangelo and Mark Zuckerman would continue to be a part of its Nationals coverage, on air and on its new streaming service.

Dan Kolko has been a long-time presence for Nationals fans through his writing, in-game reporting and, most recently, as the host of MASN’s pre- and postgame shows for the last two years. Alex Chappell and Bo Porter have been with the network for the past two seasons.

The Nationals confirmed MASN’s decision to part with Kolko, Porter and Chappell in a sharply worded statement to Jesse Dougherty of The Washington Post. In it, the Nats called it a “gross understatement” to say they are “incredibly disappointed” by MASN’s decision, while also making clear that “these decisions were made by MASN and against our wishes.”

“MASN has notified us that they are parting ways with Dan Kolko, Bo Porter and Alex Chappell,” reads the Nationals’ statement to Dougherty. “In addition, MASN has cut Nats Xtra to just 15 minutes pre- and post-game. To say that we are incredibly disappointed and upset by MASN’s decisions would be a gross understatement. To be clear – these decisions were made by MASN and against our wishes.

“As we have expressed to both MASN and Major League Baseball, we are very concerned about the negative impact these decisions could have on our fans, especially now when content shared via broadcast and digital channels is vital for them to stay connected with our team. We want to thank Dan, Bo and Alex for their professionalism and for being good stewards of our team’s story over the years. They are part of the Washington Nationals family and we wish them all the best.”

The Nationals pull zero punches in their statement about these MASN decisions. Coming here in a long thread …

“They are part of the Washington Nationals family and we wish them all the best.”

That’s the full statement from the Nationals. They fully back Dan Kolko, Alex Chappell and Bo Porter while outlining while they feel this is an especially bad decision during the pandemic.

As Ghiroli notes in her reporting, the news comes as the Nats and Orioles continue their nearly decade-long legal battle over rights fees. The Orioles have majority control over the shared network, while the Nats only hold a small piece and are owed annual rights fees from the Orioles in order to broadcast Washington games.

In 2019, an arbitration panel established by Major League Baseball ruled that the Orioles owed Washington an additional $100 million, a ruling the Orioles appealed to the New York Supreme Court’s appellate court, which upheld the ruling. The Orioles are still trying to appeal the ruling.

“This is a cash-flow problem,” a source told Ghiroli in her report. “And there’s apparently not a lot of it.”

Per Ghiroli, the Orioles made talent cuts to its own broadcast as well, parting with Jim Hunter, Mike Bordick, Dave Johnson, Tom Davis, Rick Dempsey and Gary Thorne.

Kolko and Chappell both commented on Monday (the former, to The Post):

Statement from Dan Kolko on his status hosting Nats pre and post-game shows: “The situation is fluid right now so I can’t really comment, but I love covering the Nats and being a part of the broadcast team.”

Incredible few years covering the @Nationals for MASN. 2019 was filled with so many special moments & memories 💍🏆 Thankful for my time & most thankful for the people. #Nats fans are the best fans! ❤️ pic.twitter.com/N0ODi7VIbS

“MASN will continue, as we have for the last 15 years, to broadcast more than 300 baseball games and 600 30-minute pre- and post-game shows,” said John McGuinness, Senior Vice President of Marketing and General Sales Manager of the Mid-Atlantic Sports Network, in its announcement. “The network’s investment in live streaming expands our ability to deliver premium content and provide deeper engagement opportunities for fans and marketers alike.”

Byron Kerr, who has been with MASN for 12 years in various roles — including fill-in pre- and post- host and sideline duties — says last Friday was also his last day at the network.

Friday Jan. 22 was my last day writing for MASN. Thank you to all for reading my work the last 12 years. Thank you to #Nats for being so gracious with their time. I loved unearthing the intricacies of baseball and it’s personalities. I am looking forward to the next adventure!

Kolko will continue hosting “Nats Insider” weekly on 106.7 The Fan, the radio flagship for the Washington Nationals, on Saturdays from noon to 1 p.m. beginning Saturday, March 20.

106.7 The Fan will continue to have pre-game shows, beginning 30 minutes before each game, and post-game shows with Nationals play-by-play announcers Charlie Slowes and Dave Jageler, plus additional post-game coverage with Pete Medhurst and Craig Heist for 45 minutes after each home game.