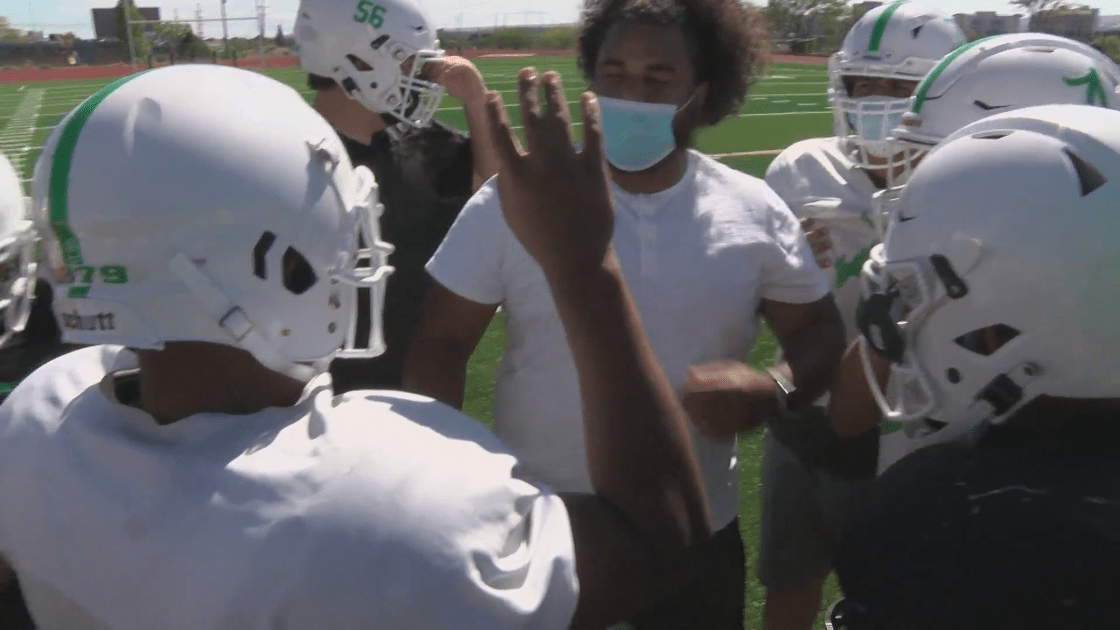 NEW MEXICO (KRQE) – High school athletes participating in indoor sports and other activities will have to do so with a face mask on. However, masks are only recommended for outdoor sports and activities. The New Mexico Activities Association is following the lead of the PED and governor’s office.

While sports like football, players seem ready to do whatever is required so they can have a season. “It’s very challenging, you know because we get tired in the games, but if it keeps us on the field I’m all for it,” said Albuquerque High linebacker and tight end Kade Peralta. “It’s hard to breathe sometimes, but I think as a team with all of us pushing each other and motivating stay on this field, I think we get through it.”

In other sports news, UNM running back Bobby Cole is ready to continue with the momentum he built up in the last two games of the 2020 season. Cole had a 131-yard rushing performance followed by one with 138 yards in a pair of season-ending victories. Lobos head coach Danny Gonzales said his Cole has had significant growth as a running back.

“His leadership skills have gotten significantly better,” said Gonzales. “Obviously, you have to be a good player to lead and for the guys to follow. Bobby’s a good player. He’s proven in this league. He may not have home-run speed, but he’s hard to tackle. He comes downhill hard on people. He’s a physical runner. I think we have a good one, two, three punch in our backfield this year. I think Bobby has come tremendous miles since we got here.”

New Mexico State University football is starting the season by hosting a rival. In fact, two out of three of Aggie’s first slate of games is against rivals UTEP and New Mexico. “I like playing the rivalry first game. I think it gives the players something to think about all summer, something to shoot for, knowing that it’s going to be a really important game early,” said NMSU head coach Doug Martin. “We haven’t played since 2019 so that ought to be enough of an incentive, but I think this is a great way to start.”

Lastly, New Mexico United picked up a fifth straight draw when they battled Austin Bold FC to a 1-1 tie Monday night. New Mexico’s only goal was scored by midfielder Chris Wehan who just recently joined the team again after playing part of the season at Orange County.