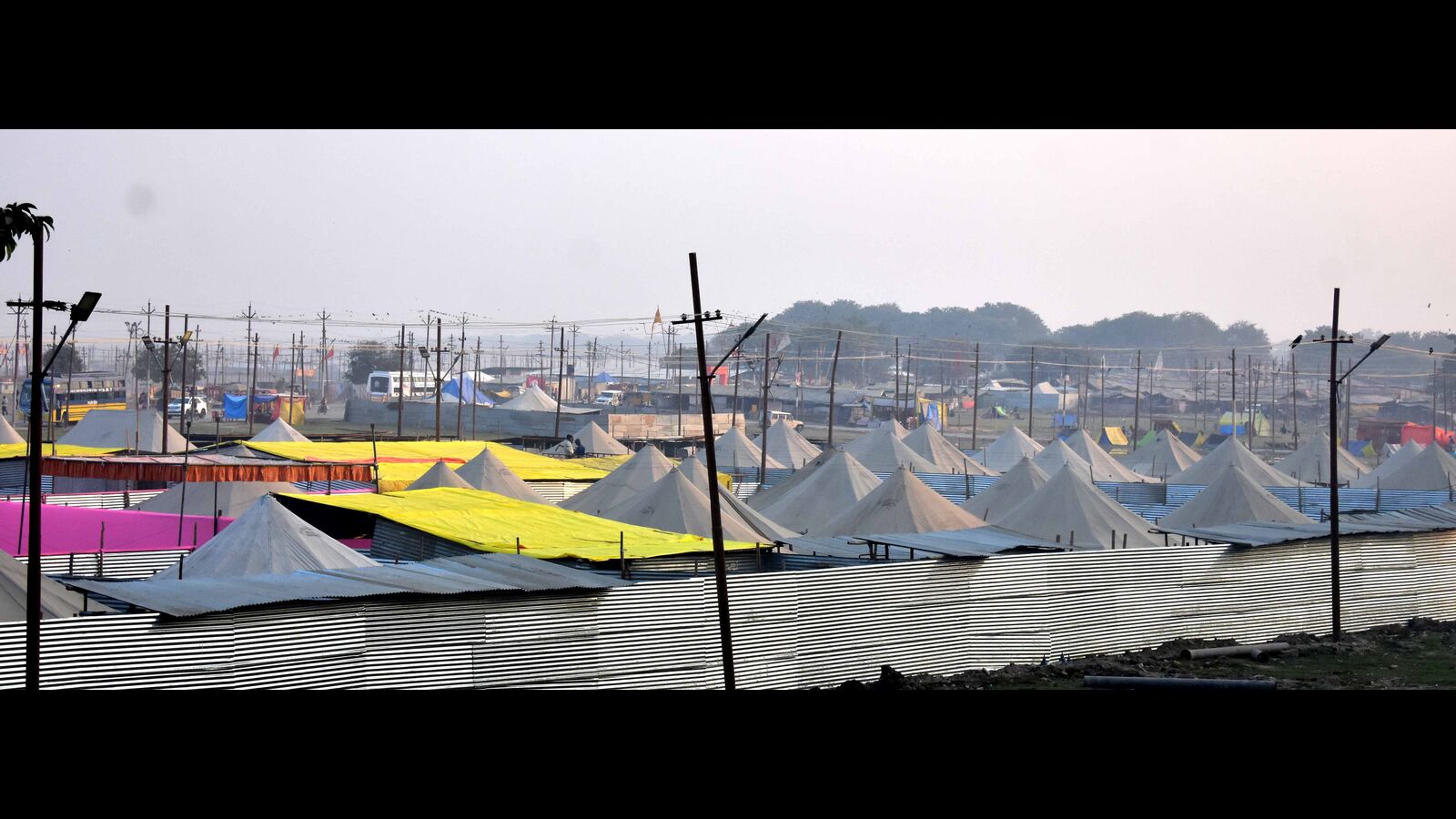 PRAYAGRAJ To ensure all pilgrim facilities at the Magh Mela, scheduled from January 6, 2023, the Uttar Pradesh government and the district administration is making several preparations in full swing. On the lines of Kumbh-2019, visitors coming from all over the world to the Magh Mela will be able to enjoy a comfortable stay in the tent city with five-star-like facilities.

Besides, water sports — including water polo, triathlon, and others — would also be organised. All the sectors of the Mela area are to be divided into zones and circles, and a map would be displayed at a number of places for the visitor with ‘You Are Here’ signages at every intersection, said officials.

Instructions regarding the aforementioned and other facilities were issued by the urban development minister Arvind Kumar Sharma in a review meeting on Saturday. The meeting witnessed discussions on preparations being made by the Mela administration. The minister, who joined the meeting through video conferencing, was informed about the new arrangements being made this year. It included building a small tent city, building a 500-bed dormitory, organising water sports, displaying the importance of Prayag and Kumbh through LCDs in the fair, and engaging several young volunteers.

The minister has also instructed officials to ensure micro-planning in a scientific manner for each sector. He has also given directions to make available pamphlets at most of the government counters, on the back of which the details of the Mela area and a route chart is shown. Display of messages, related to the Swachh Bharat Mission, campaign on the LCD screen being installed in the Mela area, arrangement of water ATMs in the Mela area, ensuring that boatmen take all the people to the rivers only after wearing life jackets, use of IIIC from crowd management and traffic management etc were among the other instructions given by Sharma.

He also directed concerned officials to hire a professional team to display messages on the LCD screen, monitor the Mela area through drones, and construct 500-bed dormitories in different sectors. It was also decided that after the allotment of the land, the principal secretary will meet all the prominent seers and resolve their problems, if any. The officials were also asked to make sure that the facilities given to them by the administration reaches them.

Magh Mela Adhikari Arvind Chauhan has said that the entire area will be monitored through drones. Meanwhile, divisional commissioner Vijay Vishwas Pant and Mela Adhikari Arvind Kumar Chauhan assured that all works are being completed in accordance with the instructions given by the government. These works will be completed by December 20, they added.