LSU Secondary to be Deciding Factor Against ‘Air Raid’ Offense 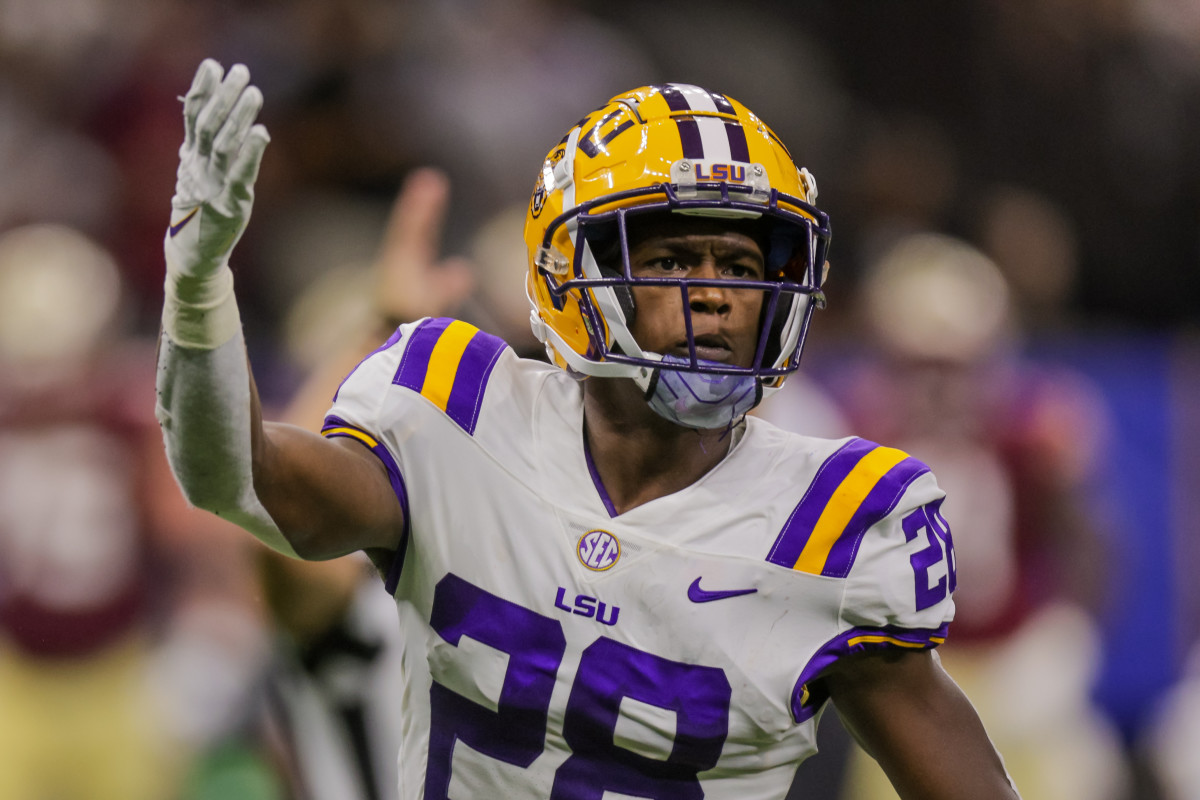 One of the main concerns heading into the 2022 season for the LSU Tigers was the continuity of their secondary. Whether it be bringing in a fresh-faced roster or switching up their personnel, there were questions surrounding this piece of this squad.

The Tigers returned a few starters in both Jay Ward and Major Burns, but other than that, it’s virtually a completely revamped position group.

LSU dipped into the transfer portal to add depth to their defensive backs, reeling in Colby Richardson, Jarrick Bernard-Converse, Mekhi Garner and Greg Brooks Jr. All four transferred into the program this offseason, coming from McNeese State, Oklahoma State, Louisiana-Lafayette and Arkansas.

This position group had their challenges against Florida State in the season opener, giving up 260 passing yards and two touchdowns to Seminoles quarterback Jordan Travis. Travis was getting just about anything and everything he wanted in the Sept. 4 showdown in the Caesars Superdome, but now the Tigers are looking much more composed coming off of a dominant victory over Southern.

Yes, it’s an inferior opponent, but to get some confidence under their belt and practice in an in-game situation will go a long way heading into SEC play.

Reinforcements on the Way

The Tigers appear to be returning Ohio State transfer Sevyn Banks Saturday night. The lockdown cornerback has been sidelined with a hip injury he suffered in 2021, missing the final three games of the season last year.

Banks was planning on suiting up against Florida State, but LSU has been taking it slow with his rehab, wanting to make sure he is 100% good to go before getting on the field. Now, he comes in prepared to give the Tigers some depth against a Mississippi State squad that prides themselves on their passing game.

“[Now] we feel like we’re in pretty good shape,” Kelly said on Monday. “This is a game where all hands are on deck at that position. So the expectation right now is that he’s going to be dressed out, and we’re going to know here Tuesday, Wednesday, Thursday, how that eventually puts him in the rotation. He’s at the cusp of playing, and we’ll see how he practices this week.”

It’s Mike Leach’s specialty. He’s done it at every program he’s been to and it’s transitioned well to Mississippi State, especially with quarterback Will Rogers lining up under center. Through the Bulldogs’ first two games, Rogers has already thrown the ball a whopping 98 times for 763 yards and nine touchdowns.

“The answers are tried and true and tested,” Kelly said of Mississippi State’s offense. “So, look, this is going to come down to our guys’ attention to detail. They’re going to have to tackle very, very well. This really puts the tenets of really good defensive football on display.”

READ MORE: What Does John Emery’s Return Mean for This LSU Offense?

“The precision of this scheme, the way it is set up, if you are not taking care of your assignment and doing your job, you’re going to get exposed.”

Their success in the passing game is truly remarkable and will be something the Tigers must key in on this week in practice. After speaking with starting cornerback Jarrick Bernard-Converse last week, he understands opposing offenses will seek to attack the LSU secondary, making this position group even more ready to prove them wrong and lock up when targeted.