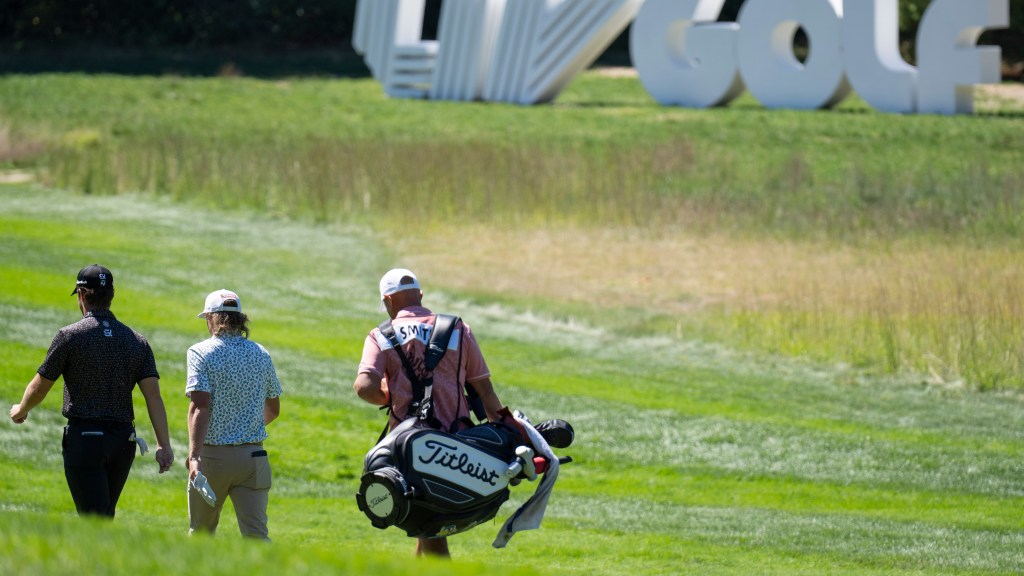 LIV Golf is nearing a deal to purchase air time for its tournaments on U.S. cable television, multiple sources have told Golfweek. The potential agreement — which is still being finalized — is with Fox Sports 1.

While media companies typically pay sports leagues a substantial rights fee to air their products, the deal would not see LIV receive payment, said a source familiar with the discussions. Instead, LIV — which is controversially financed by the Saudi Arabian regime’s Public Investment Fund — would buy time on the cable channel to air its events, a move that will be widely interpreted as a failure to attract serious commercial interest in what it is offering.

“We’re talking to four different networks, and live conversations where offers are being put on the table,” he told ESPN. “They can see what we’re delivering.”

A well-placed industry executive says LIV struck out with approaches to multiple broadcasters, including NBC, CBS, Disney, Apple and Amazon, and that Fox Sports got involved only at the behest of Lachlan Murdoch, the executive chairman and CEO of Fox Corp. Last month, Sports Business Journal reported that Jared Kushner, the son-in-law of Donald Trump, had been calling broadcasters trying to generate interest in a LIV television package. In 2021, Kushner’s private equity firm, Affinity Partners, secured $2 billion in funding from the Saudi Public Investment Fund.

“There were people at Fox who wanted nothing to do with this,” the source said. “They were forced to do it.”

LIV requested a rights fee for year two of any deal and a guaranteed time slot on network television but both proposals were rejected by Fox, according to a source familiar with the specifics of the conversations. It is believed Fox has offered to re-evaluate network placement at a later date. LIV will also be responsible for the production of its tournament broadcasts and for selling commercial sponsorships during its time slots, two tasks that would usually fall to a broadcast partner.

“Any advertiser who touches this will get blasted,” a longtime sports TV executive said. “It’s a weak product but it’s a tainted product on top of that.”

LIV has been widely criticized as a sportswashing effort by the Saudi regime to distract attention from its poor human rights record. A LIV tournament staged this summer at Trump Bedminster in New Jersey drew protests from the families of September 11 victims, who point to Saudi involvement in the terrorist attacks.

Sources say the LIV-Fox deal is nearing completion but has not yet been formally inked, and it remains unclear if it will take effect in 2023 or earlier. LIV has three remaining events scheduled in 2022. All will be played next month, in Bangkok, Thailand; Jeddah, Saudi Arabia; and at Trump Doral in Miami.