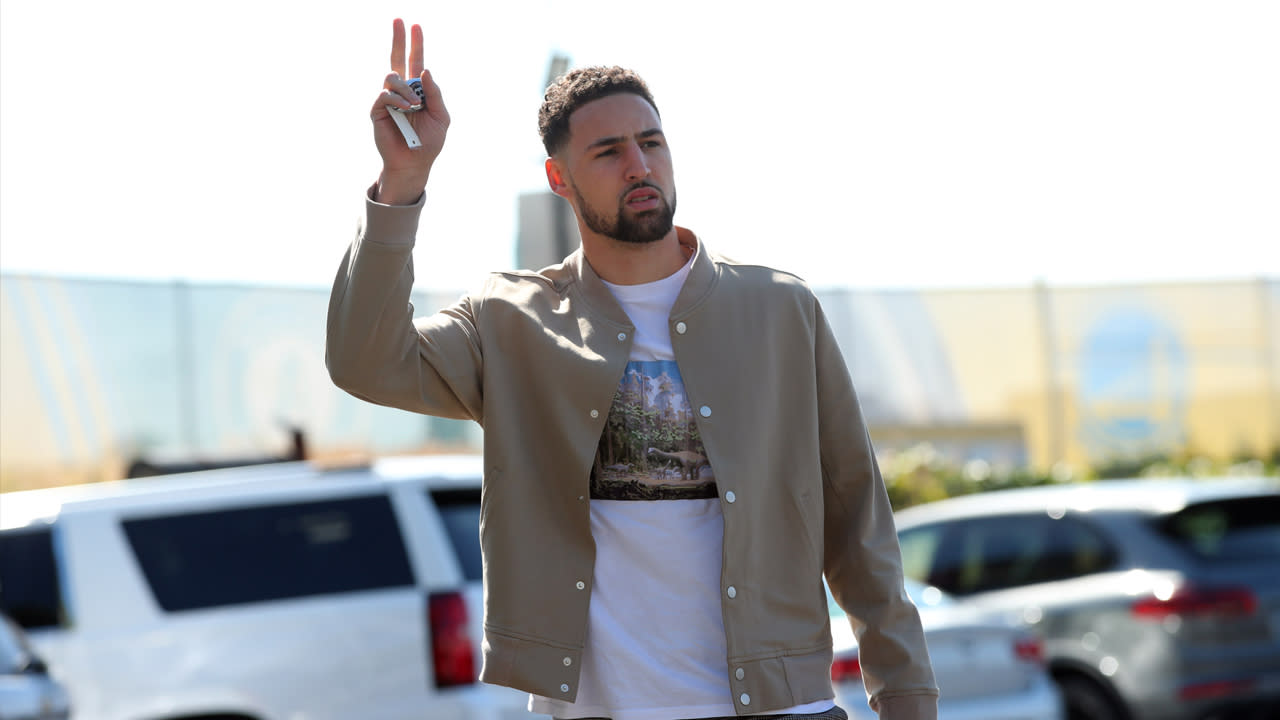 While Klay Thompson rehabs from a torn Achilles tendon, he’s also making sure to schedule some self-care time as well.

A night after he sat behind the Warriors’ bench in their loss to the New York Knicks, Thompson posted two photos to Instagram showing the five-time NBA All-Star in a paddle boat, enjoying a nice day on a lake.

Of course, his beloved pup Rocco was there too.

Thompson and Rocco seemed to be enjoying themselves, and deservedly so. While Thompson is missing his second straight season, it’s nice to see him clear his mind and take in a day on the water.

Thompson underwent surgery after tearing his right Achilles a few weeks before the start of the season. He’s started the rehab process, with head coach Steve Kerr said the “worst” is behind the 30-year-old. Kerr also encouraged Thompson to be around the Warriors as much as possible, serving as a two-way morale boost.

While he obviously would rather be on the court with his teammates, spending a solid day with your pup is always a good alternative.

Now the only question is, who’s the more dynamic duo? The Splash Brothers, or Thompson and Rocco?